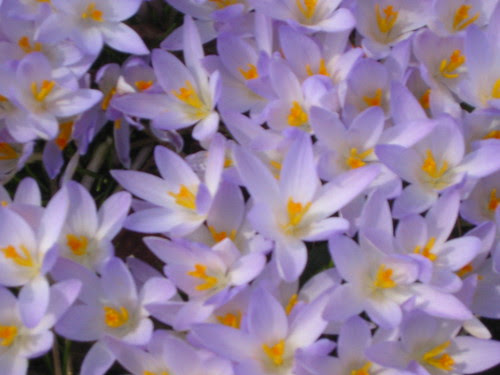 “The Continuity of Things”

Trace deposits out of Andre Furlani’s Guy Davenport: Postmodernism and After, final gleanings, wherein one un-dog-ears the pages and peers witlessly at the pages of execrable scribblings inscrutable, attempting to retrieve the firings of neurons gone cold . . .

In “Au Tombeau de Charles Fourier” in Da Vinci’s Bicycle Davenport’s terrific (and somewhat enigmatic) sentence: “Mistaking the wild synclitic headlong for propinquity to an ideal, we let the fire die in the engine.” (Furlani prefaces it with: “The nineteenth-century confidence in progress is lacerated in the trenches of the Great War. The modernist renaissance of the archaic is presented as a stillbirth.”) Synclitic: a bending toward, a parallel sloping movement; propinquity: kinship, affinity.

Out of an uncollected essay on Stan Brakhage, ideogrammatist, how he “goes at any subject by as many approaches as the terrain allows . . . Brakhage’s lectures cannot be introduced except with the invitation to follow his mind with a diligent faith: he is going to climb this mountain by wrapping it with his footprints; he will come down again when he is halfway up, climb another mountain by way of digression, and then go back up the first one. He shows us that to be interested in anything we must be interested in everything. This kind of mind is not an American tradition.” (To digress is suspect. To evince an intrepid intellect is suspect. Utility is all; to veer is to distort, a dishonesty, an unwise use of one’s time, unprofitable.)

“Each of my ravings has its own range of diction (I like to think). I like a texture suitable to my subject. In “The Dawn in Erewhon,” as elsewhere, I had to solve the problem of describing things and events for which the received concepts and words were unacceptable to me. Obviously I ran the risk of being “precious,” but then I don’t consider myself a writer. I don’t expect to be remembered as one, but as an experimenter who searched out some alternatives in style and subject matter.” (Davenport in The Oxter English Dictionary: Uncommon Words Used by Uncommonly Good Writers.)

The writer’s dilemma of making a selection (every writing is a selection) out of the smeary continuum, the phenomenal world. Henry James’s preface to Roderick Hudson: “Really, universally, relations stop nowhere, and the exquisite problem of the artist is eternally but to draw, by a geometry of his own, the circle within which they shall happily appear to do so. He is in the perpetual predicament that the continuity of things is the whole matter, for him, of comedy and tragedy; that this continuity is never, by the space of an instant or an inch, broken, and that, to do anything at all, he has at once intensely to consult and intensely to ignore it.”

Reiterating the Brakhage remark, in the long story “Wo es war, soll ich werden”: “if you really know anything, everything else comes into your subject.” Precisely the reason—that need for intense ignorance against the daily ineffable overwhelm—why Archie Ammons’d serio-comically drawl out that “a poet ought to keep himself just a little stupid.” The reverse is likely more pointedly apt, as Davenport himself, in a rare fit of pique and disgust, notes irately under the heading “Postmodernism” in “Micrographs” (The Hunter Gracchus, 1996):

The bomb, you see, has already dropped. Nobody noticed. The young, born dead, could move, breathe through their mouths, and watch the soaps and commercials on TV, having a good time. The bomb has dropped. All the pigs are trotters up, all the trees charcoal. Never wanting a change, only more of the same but better, we were of no mind to notice. It takes attention to notice things. Attention takes brains.

The loveliness of grasshoppers (and wasps, all the tiny intricate critters drawn off the thread of creation). In “Christ Preaching at the Henley Regatta,” Davenport’s wondrous James Joyce (seeing finery and correspondences):

Of creation he said we had no idea because of the fineness of the stitch. The ear of a flea, scales on the wings of a moth, peripheral nerves of the sea hare, great God! Beside the anatomy of a grasshopper Chartres is a kind of mudpie and all the grand pictures in their frames in the Louvre the tracks of a hen.

Thoreau: “A true account of the actual is the rarest poetry.” (In A Week on the Concord and Merrimac Rivers.)

Davenport in “The Concord Sonata”: “We lose not our innocent or our youth or opportunity but our nature itself, atom by atom, helplessly, unless we are kept in possession of it by the spirit of a culture passed down the generations as tradition, the great hearsay of the past.”

Davenport in the postscript to Twelve Stories: “A congeries of essences must find a form, and the form must be coherent and harmonious.” A fierce classical intelligibility opposed to the hodge-podge incoherence and contingency of blather-y social discourse, and its infernal interiorizing. (Quoting Zukofsky’s Bottom: On Shakespeare: “Shakespeare’s text throughout favors the clear physical eye against the erring brain.”)

The isometric paragraph, the grid, the series. Visual form. Davenport: “To type the ¶’s in ‘57 Views’ I used an undersheet with a rectangle in very black ink, and kept within it (and filled it).”

Shelley’s terrific lines regarding diverse objects discern’d on an engineer’s Leghorn worktable, objects that “lie heaped in their harmonious disarray / Of figures—disentangle them who may.” (See, too, the Heraclitan fragment—in one translation—“The most beautiful order . . . is a heap of sweepings, piled up at random.”)

Furlani’s noting how “the whole impetus for travel and . . . for art” is a kind of “withdrawal from self-immersion”: “Here is sensitivity to things rather than sensitivity to one’s self. Translation is one of its embodiments . . . acts of oblique self-encounter in alien words.”

Three things: T. S. Eliot in the Paris Review interview (1959): “That’s one way in which my mind does seem to have worked throughout the years poetically—doing things separately and then seeing the possibility of fusing them together, altering them, and making a kind of whole of them.” Out of Coleridge’s letter to Joseph Cottle (1815): “The common end of all narrative, nay, of all Poems is to convert a series into a whole. The maxim engraved on Charles Fourier’s tomb: “La série distribue les harmonies. Les attractions sont proportionnelles aux destinées.” (“The series distributes the harmonies. The attractions are proportional to the destinies.”)