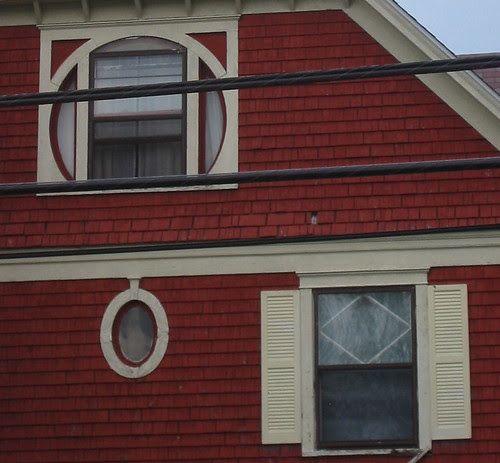 In Jean Echenoz’s recent novella Ravel (The New Press, 2007), he writes (translated by Linda Coverdale) of the eponymous hero:

Five feet three inches; ninety-nine pounds; thirty inches around the chest. Ravel had the build of a jockey and thus of William Faulkner who, at the time, is dividing his life between two cities (Oxford, Mississippi and New Orleans), two books (Mosquitoes and Sartoris) and two whiskeys (Jack Daniel’s and Jack Daniel’s).

Odd to think of Faulkner so tiny. It’s 1927 and the Gauloise-puffing Maurice Ravel is crossing the Atlantic towards the States aboard the paquebot France, reading Conrad’s The Rover in a newly-translated Jean-Aubry edition (Frère-de-la-côte). Odd to see a writer so expert with myriad historical details with so deft a hand—and so warm. Echenoz’s irony turns a wry and feeling eye at our human foibles and defeats, rarely adjudges. A reminder of Nabokov here (though Nabokov’s capable of a causticity Echenoz mostly avoids): “Deck chairs like these, soon to appear in gardens and on beaches, on terraces and balconies, are currently to be found only on the decks of transatlantic lines, which appellation they will keep, out of attachment, when they set foot ashore.” That animated furniture, nigh-cartoonish. That tiny glee in the inappropriateness of a portable language.

Ravel’s Boléro as machine art: “something based on the assembly line”:

He knows perfectly well what he has made: there’s no form, strictly speaking, no development or modulation, just some rhythm and arrangement. In short it’s a thing that self-destructs, a score without music, an orchestral factory without a purpose, a suicide whose weapon is the simple welling of sound. Phrase run into the ground, thing without hope or promise: there, he says, is at least one piece Sunday orchestras won’t have the cheek to put on their programs.

Though: “it’s somewhat disconcerting but it works.” Zupped up by the irremediable gluttony for the new. (Hard, in retrospect, to decamp out of its familiarity to find its factory origin intact.) And: where’s the comparable poem, lacking “development or modulation”? All I think of is Ron Padgett’s “Nothing in That Drawer.” Think of Padgett performing its fourteen titular-mimic lines à la Boléro to a deafening snarly crescendo. (Entirely too literal a translation, music to poetry. Think harder.)

Story of how Wittgenstein’s brother Paul, a pianist, return’d, post-WWI, prisoner in Russia, deport’d to Siberia, missing a right arm and, undiscouraged, “logically devoted himself” to works written for the left hand alone. Commission’d a work by Ravel. And, in Vienna, at the premiere, attended by Ravel, Wittgenstein monkey’d with the score, “piling stuff on, adding arpeggios here, extra measures there, embroidering trills, rhythmic shimmies, and other performance embellishments that no one had asked him for, appoggiaturas and gruppetti, racing up the keyboard into the high notes at every opportunity to show how skilful he is, how clever he is, how supple he still is, and how he’s telling you all to go to hell.” Claiming: “performers must not be slaves.” Ravel: “Performers are slaves.”

Story of Ravel’s work for piano call’d Frontispice “which consists of no more than fifteen measures, lasts no longer than two minutes, but requires no less than five hands.”

Story of being invited (with other notables) by André Breton (a man “highly suspicious of music”—like all ideologues) to the office of the surrealist journal Minotaure to make lampblack’d hand prints for analysis by one Dr. Lotte Wolff. “Her commentary has been preserved: He’s a complete idiot.”

Stories of how Ravel’s language begins to flee him (“it’s as if his ideas, whatever they are, always remained trapped in his brain”). He spends eight days writing a letter, “forced . . . to look up all the words in the Larousse dictionary so that he could write them down.”