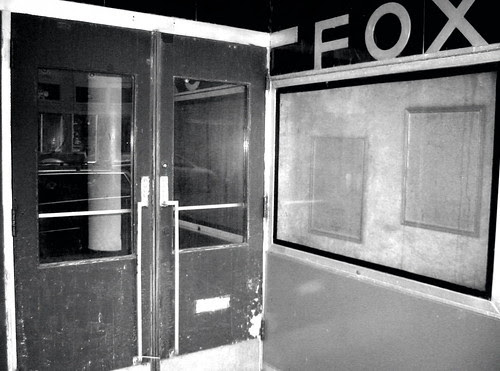 Though: Perelman manages to relate, jaggedly, qualifying, with guesswork, something the “tragicomic pedagogue” Robert Grenier related one night, a “ghost story more or less” about walking with daughter Amy through a gloaming-menacing (unlikely rustle of bear, torch gone dead) Franconia, N.H. graveyard. And how Francie Shaw—in response—slammed a dinner plate down hard enough to bust it, saying “with complete passion: it was disgusting to scare children like that.” Perelman belatedly noting how Shaw’d

made a point that initiated a thorough change in the way I thought. It was as if I was being shown a sense I had never noticed before: that words weren’t autonomous; they went out into a world where there were other people.

Well, comme on dit, duh. And—pause, expert layout—one turns the page to see it: “That’s exaggerated. Of course I had always known that.” Though one thinks of the odd late reiterating of that particular “lesson”: isn’t that precisely one of the wages of being “word-struck”? Of any writer’s curious, unjustifiable relation to language, that sweet cheat gone (off elsewhere)? One gets so “took” by words that one begins to neglect to see beyond that unblemish’d incommunicative wordiness, material markers in a kind of game. Where is it that Perelman, crossing some premeditated possible lineage (Pound) off the list, says “in fact we were spurring one another to find new forms”? That’s where I see perfectly a setting where words become “autonomous,” where the “verbal theater” becomes dominion to any possible sense of audience, “other people” beyond the cohort of the makers. There’s a kind of rosy core of heedlessness there one associates with adolescence.

What I like about Perelman’s entry is how severely thread’d through it is with doubt. “I feel like a bit of a nonbeliever, not wanting to look back.” (The memories do, however, stumble forth, blinking—one of driving Louis and Celia Zukofsky “back from Franconia” and hardly, it seems, crediting a word Zukofsky said (from how WCW’d pee right in the corner of the bathroom to how Zukofsky’d purposefully sank Greek noises into “A”–23)—is particularly deft.) Larger doubts:

To say the obvious: all of this, these attempts at presenting our pasts, go against an early don’t that some of us promulgated: critiques of narrative by Ron and others (Bruce Andrews, Steve McCaffery). That don’t has reverberated for decades, especially in the reception of Language writing: don’t try to construct novelizing, technicolored picture windows, which only open onto ideologically fixed theme parks.

Obvious, but air-brush’d out of the accounts of some of the louder “members.”

Perelman ends with a final query—nodding to Hejinian, and her self-admitted “epistemological obsession” regarding the nature of “poetic knowledge”:

Poetic knowledge is nothing if not a group phenomenon, but that doesn’t make it any the less problematic. Surprisingly often, poets don’t know the same thing. The Talks underlined that for me. So what is it that’s being known? Having poetic knowledge means you know what exactly?

Rather tortuously result-orient’d. As if one wrote for some measurable gain, some explicable or tangible “thing,” a product, a body. And not out of a need for a means of inquiry, a way of being in the world that resist’d the entropic humdrum, the stasis unquery’d, the plodding status quo. There’s no noun to poetic knowledge.

Reading Nikolai Gogol’s Dead Souls, in the newish (1996) translation by Robert Pevear and Larissa Volokhonsky. Somewhere Nabokov writes how “the belly is the belle” of Gogol’s works, the nose the “beau.” I read for the full-tilt sprawling narrator—prose’s version of “everything in the bag ends up belonging”—and for the oddities: the room in the provincial town’s inn with “cockroaches peeking like prunes from every corner”; the intersectings of muddy back roads that “went crawling in all directions like caught crayfish dumped out of a sack”; the peasant who drank so much it “somehow caught fire inside him . . . just this little blue flame came out of him, and he smoldered, smoldered, and turned black as coal”; the chestnut horse named Assessor “because he had been acquired from some assessor”; the diminutives the slap-happy card-players assign to the cards, “Spadillicups! Spadikins! Spadixies!”

Or, Gogol’s version of a reader, recumbent, on a mattress “beaten down and thin as a flapjack”: “He liked not so much what he was reading about as the reading itself, or, better, the process of reading, the fact that letters are eternally forming some word, which sometimes even means the devil knows what.” Which is where Gogolian knowledge parallels “poetic knowledge.” Or, again, in the wildness—one is tempt’d to say “wild form” because of Gogol’s omnivorous speed and Kerouac’d hunger to sop it all up—of the writing:

No sooner had the town dropped back than all sorts of stuff and nonsense, as is usual with us, began scrawling itself along both sides of the road: tussocks, fir trees, low skimpy stands of young pines, charred trunks of old ones, wild heather, and similar gibberish. Strung-out villages happened by, their architecture resembling old stacks of firewood, covered with gray roofs with cutout wooden decorations under them, look like embroidered towels hanging down.