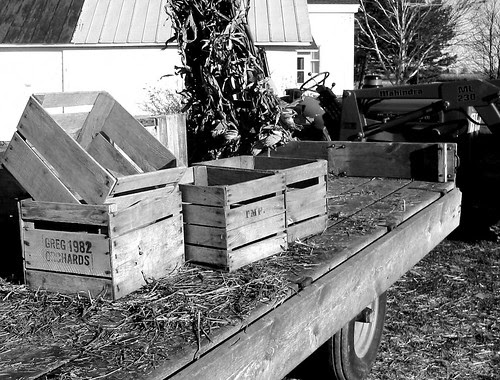 I lit out after Lu Chi’s Wen Fu after seeing reference to it in Andre Furlani’s Guy Davenport: a fourth century “Chinese poet’s verse-essay” that calls for a “precise art that impacts no less than radiates, that attends as closely to nature as to the words that would name it, and that weds erudite sense to passionate sensation” (that sere ineffable tension of poised contraries encore). Davenport wrote a reply to Lu Chi, an homage of sorts—an “undated original draft” records what is “simply a verse description of a wasp, combining entomology and etymology to celebrate the insect’s expert rapacity.” On the page Davenport list’d a column of “relevant cognates and derivatives”: “vespiary / vespid / vespa / wasp / waeps / waesp / vesper = Venus / western / Hesperos.” The piece, titled “Poem: For Lu Chi’s Wen Fu (302 A.D.),” begins:

Words, you’ve said, must bring the proper colors,
And there he is, the waeps, wespe, Old Hesper Bee,
Drinking upside down, the gutta with a core of fire . . .

Evidence of seeing wasp and “waeps” (the word itself) with equal diligence and accuracy. (In a letter to Jonathan Williams, December 30, 1966, Davenport—with typical modesty: “I never forget anything I see; it’s words that fade from my mind. I was never meant to have do with words.”)

Lit out and uncover’d Sam Hamill’s translation, Wen Fu: The Art of Writing (Breitenbush Books, 1987). In an Afterword, Hamill offers context, putting Lu Chi’s standing in the history of Chinese letters akin to that of Aristotle’s in the West, “with one paramount distinction: every Chinese poet since the beginning of the fourth century has scrupulously studied the Wen Fu, and most have memorized it.” Hamill:

Lu Chi’s fu, [a term for “rhyme-prose,” that is, lines “irregular in length & rhythm, & rhymed”] . . . is that of the p’ien wen or Double Harness style, so that the poem depends upon a kind of parallelism, often moving two ways at once through the use of deliberate ambiguity: ‘Things move into shadows and they vanish; things return in the shape of an echo.’ And the ‘wen’ of Lu’s Wen Fu is one of the oldest words in Chinese, going back at least three thousand years to the time of the oracle bones where it meant, even then, art—literary as well as plastic art. In it’s most generic sense, wen is simply ‘form or pattern’ wherein meaning & form are united in an inseparable unity. [It’s innumerable stray remarks like that that always led me to puzzlement regarding the hoo-hah Olson made about Creeley’s seemingly obvious version. What’s new about that?] Wen is also ‘writing’ or ‘literature’ in the contexts of its being the most natural mean of expressing the essential ‘heart / mind’ [hsin] of consciousness.

Hamill, too, quotes Stephen Owen’s Traditional Chinese Poetry & Poetics (1985) regarding wen: “In this formulation literature is not truly mimetic: rather it is the final stage in a process of manifestation; & the writer, instead of ‘re-presenting’ the outer world, is in fact only the medium for this last phase of the world’s coming-to-be.” The processual, the conduit, the contrariety of “moving two ways at once.”

What I mark’d off:

He gathers his words & images from those unused by previous generations; his music comes from melodies unplayed for a thousand years or more. [Recycling, archaicisms, under “Beginnings.”]

It is like following a branch to find the trembling leaves, like following a stream to find the spring. [Cf. Olson’s “whatever you have to say, leave / the roots on, let them / dangle / / And the dirt / / Just to make clear / where they come from,” or Hans Hofmann’s push / pull, or Heraclitus’s “One fails to see how what is at variance is in agreement with itself: a back-turning structure (palintropos harmoniē) like that of the bow and the lyre,” under “Choosing Words.”

In a single yard of silk, infinite space is found; language is a deluge from one small corner of the heart. [Under “The Satisfaction.”]

Caught between the unborn & the living, the writer struggles to maintain both depth and surface. [Under “Catalogue of Genres.”]

The lyric [shih] articulates the emotions.
Rhymed prose [fu] presents its objects clearly.
Inscriptions [pei] are written simply.
Elegies [lei] contain the tangled webs of grieving and should be kept mournful.
Admonitions [chen] cut against the grain and should be directly written. [Under “Catalogue of Genres.”]

Knowing order is like opening a dam in the river.
Not knowing is like grabbing the tail to direct the head of the dragon. [Under “On Harmony.”]

There are no new ideas, only those which rhyme with certain classics. [Under “On Originality.”]

When the rhythm is slack and has no tradition, the poem falters. [Hearing Pound in Hamill, hearing Pound in all post-Cathay translations, under “The Five Criteria: Music”]

Know when the work should be full, and when it should be compacted; know when to lift your eyes and when to look closely, to scrutinize. [Under “Finding Form”]

And, with midnight’s hour hand toppling into day, read Viktor Shklovsky (in Energy of Delusion) admitting that the way poetry “grows” is “by reconstituting its own origins.”