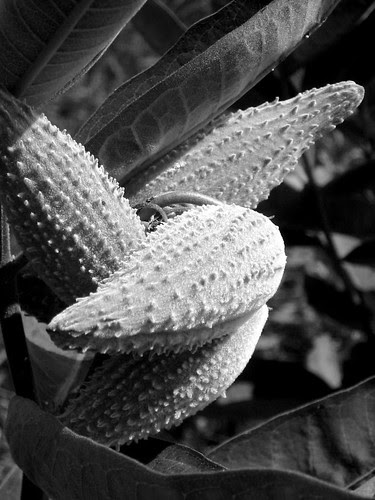 Kit Robinson. Big picture lingo. A kind of skimming along the surface of a decade or two. Poles and skews that one attempts to read as dialectic, not always successfully. Stasis versus virtuosity (two incomparables). Memoir made of catchwords (keywords): “Smithson built a low mound of words. Coolidge dented it.” Is there a big skew (“aporia”) between Robinson’s calling poetry “a way to assert autonomy through a drastic reduction in scale” (in a context where the “pace and scale of world events” is “terrifying and out of control”—Vietnam, obviously, though one’d note that every generation probably experiences the world similarly) and Robinson’s noting that the Language poetry’s “formalism was deeply grounded in an engagement with history as experience”? Isn’t one engagé or not? Is there a skew between Robinson’s pointing to the ways the era’s “questioning, even contentious environment helped focus attention, provoke writing activity” and Robinson’s claiming that “in an environment of shifting standards and contradiction a sense of esprit de corps became critical.” Romping through the contradictory, is that enough?

Robinson suggests that Vietnam “bequeathed to Silicon Valley a boatload of radical characteristics: the sense of continuous emergency, the sense of no higher authority, the dependence on improvisation, the endless hours of engagement, the exhaustion and fatigue, the intensely combative mentality, the sacrifice, the camaraderie.” “I wonder,” as Jonathan Williams likes to say, quoting Ronald Firbank. Isn’t that list simply “business as usual” in the land of commodity capitalism run amuck? Isn’t it the old “can do,” snafu, God’s on our side rigmarole one’s encounter’d all up and down even the most streamlined (for palatability) American myth? That ruddy makeshift American soul, manifesting its destiny. When what’s needed is a little refusal, a little sleeping-in hermitry, and lonely gearing down into the splendors of the earth.

“Steady-state poetics dictated an all-over approach.” Robinson calls Watten’s Progress “the consummate all-over poem, laying everything all out at once, like Pollack, presenting the deep structures entirely out on the surface.” One: (Steady state theory is also known as continuous creation theory—the density of matter in the universe is constant over space and time and, since the universe’s constant expanding is “required” (for other reasons), new “matter”—like poems—needs to be continuously produced. The whole thing’s doubtful, anyhow, discredited by the discovery of Big Bang’s resultant background radiation. Admittedly, I keep thinking “solid-state poetics” and picturing Robinson in stereo salesman get-up, rattling affably about “no vacuum tubes, no moving parts”—which, latter, is probably true in the case of Progress.) Two: didn’t Frank O’Hara already do that all-over Pollock thing, with “Second Avenue” (“intended consciously to keep the surface of the poem high and dry, not wet, reflective and self-conscious”)?

Ron Silliman. Mercifully short. More of the trademark self-demography: poems publish’d in six different journals in 1975 (one in self-edit’d selection in the “proto-anthology” in Alcheringa, so, count five); in seven different journals in 1976. Beginnings of a “tendency.” Beginnings of magazines identify’d with that “tendency.” Geographical considerations (which, with the mobility of the era, is rather a slippery thing to pin anything to—wasn’t, say, Tod Kabza of Flora Danica in and out of both San Francisco and Boston in the mid-’seventies, and, too, about to leave Ann Arbor for Ithaca)? Magazines always maintain’d more regular addresses (say, chez one’s parents) than editors did. Silliman’s argument is—vaguely—first allegiance to the local (San Francisco), as opposed to various distant editors; the San Francisco local’s cohesion (“deeply & intuitively”), as opposed to the Eastern “more loosely federated” bloc. “We coaxed, challenged, prodded one another, by example as much anything else, but also by talking, not just at the talks, but all the time.” Goodness.

Part of Silliman’s 1976 statement in the Michael Lally-edited None of the Above: New Poets of the USA: “when Coolidge & then Grenier extended the definition of language beyond discourse, it seemed that a reinvestigation of the whole act of writing was not only possible, but necessary. Any other tendency now is mere decoration.” Part of Silliman’s poem, “Berkeley”:

I play a little at it
I’ve rung them three times
I stood on my own two feet
I will see him there
I begin to recognize where I am
I will tell you
I protest my innocence of these things
I only heard by accident
I tell you all women are dead
I could hardly believe my own eyes
I could find nothing to say
I undertook to deliver the letters and the box
I would do the same
I’m going back with you
I shall keep this spot in sight
I can only speak for myself
I was impatient
I squeaked for joy . . .

Nabokov claims that “the worst plight that a writer can be in” is to’ve “lost the gift of imagining facts,” thinking rather “that facts may exist by themselves”:

The trouble is that bare facts do not exist in a state of nature, for they are never really quite bare: the white trace of a wrist watch, a curled piece of sticking plaster on a bruised heel, these cannot be discarded by the most ardent nudist. A mere string of figures will disclose the identity of the stringer as neatly as tame ciphers yielded their treasure to Poe. The crudest curriculum vitae crows and flaps its wings in a style peculiar to the undersigner.

So, “language beyond discourse.”