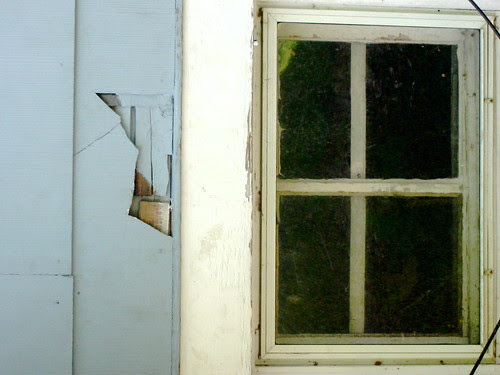 “We are as much informed of a writer’s genius by what he selects as by what he originates.” So Emerson, in “Quotation and Originality.”

“The problems are solved not through the contribution of new knowledge, rather through the arrangement of things long familiar.” Wittgenstein, in Philosophical Investigations.

“I can claim the effort, at least, of making prose ideograms in emulation of Pound’s poetic ones. An ideogram gathers components into a molecular structure that has charm rather than demonstrable sense.” And: “My method of serial collage is not all that different from Homer’s inserting family histories, myths, and long lists of ships into descriptions of battles.” Out of the “Circumspectus” to Guy Davenport’s novella Wo es war, soll ich werden, print’d in a limited edition by the Finial Press. (A document—judging by these statements—one’d love to see made available outside the confines of the collector-milieu.)

All that out of Andre Furlani’s terrific Guy Davenport: Postmodernism and After (Northwestern University Press, 2007). A criticical mimic-structure, assembling those particular lines. Furlani deftly notes how that selecting and arranging is not automated, is not random higgledy-piggledy, not, to quote the Russian critic Belinsky on Gogol, some “inflated and sluttish hullaballoo of words and phrases,” saying of Davenport’s (fictive) prose ideograms that they

are not an overturned Poundian mailbag of bafflingly oblique association but an architecture of clearly defined masses in relation. Davenport’s discrete paragraphs are stanzas, and a stanza, he likes to remind us, is an Italian “room.” And the walls of a Davenport stanza are weight bearing, supporting a whole vaulting and entablature of demonstrable sense.

Recognizing that postmodernism’s become a nigh-useless catchall term for a variety of sometimes contradictory beliefs and practices, part of Furlani’s argument is to place Davenport in a “distinct phase of American postmodernism, the signal figures of which have been poets inspired by Pound and his circle, preeminently Charles Olson and Louis Zukofsky.” (And of Davenport’s contemporaries, Jonathan Williams and Ronald Johnson.) Furlani: “While rejecting the universalist criteria and political ideologies of many modernists, these artists maintain continuity with them by seeking out large sustaining structures immanent in nature, apparent in history, and available to some degree to language. They retain a modernist interest in primitive cosmologies, nonrepresentational art, collage technique, and natural history.” Measured particulars, right proportions, just harmonies. Davenport in the 2004 document “Circumspectus” retains the classical gist: “The great good hope of a narrative is that it end in a harmony.” (Furlani, too, points to Davenport’s 1978 reading of Zukofsky, contra the “nominalism of the language poets”:

The Zukofsky admired as a precursor of language poetry Davenport would not recognize. “The precision of his mind demanded a heterogenous and improbable imagery,” he writes in a tribute published in Paideuma. Surmounting difficulties was his daimon. When enough people become familiar with ‘A’ so that it can be discussed, the first wonder will be to show how so many subjects got built into such unlikely patterns, and what a harmony they all make.”

(Reminding me of the purported finish’d Hugh Kenner manuscript about Zukofsky: a recent look through the Kenner archive list fail’d to uncover evidence of such a thing.)

Davenport’s insistence on exactitude. One of the first poems he publish’d (1948), with the terrific and modest title “Exact Observations of Several Phenomena.” Containing reference to “the obscene bluejay bird / Squalling mawsome, witless things.”

In the closest thing to a self-portrait he was willing to attempt (and characteristically abandoned), he painted himself in youthful middle age gazing directly in three-quarter profile within a polychrome meshwork of citations, staves, and ideograms, flanked by a horsehair-helmeted hoplite and an archaic athlete, and among homages to Leo Frobenius, Blaise Cendrars, and Sister Rosetta Tharp. Below the fragment of an Italian obituary for Francis Picabia are two complete phrases. The first is a Pythagorean saw that glosses the synthetic logic of the portrait, “I am also others.” The second is an ancient Egyptian maxim, in Boris de Rachewiltz’s Italian version: “Il paradiso per un uomo è la sua buona natura.” Davenport put the adage into English as he put it into his life and work: “A man’s paradise is his good nature.”

Range (curiosity) and precision and simplicity and modesty.

Elsewhere, reading, too, Viktor Shklovsky’s 1923 Zoo, or Letters Not about Love, translated by Richard Sheldon (1971). Part of a vague intent to examine Shklovsky’s writings. Though what took here is learning that Velimir Khlebnikov (whose “Menagerie” serves for epigraph) travel’d (in 1905) into the Central Urals as a “member of an ornithological expedition.” Hence, the inventions of bird-languages, god-languages. Out of “Menagerie” (1909):

Where the fat and glistening walrus undulates, like a languid beauty, its black, slippery, fan-shaped foot, then leaps into the water; and when it slides once more onto the ramp, upon its massive, greasy body appear the spiny bristles and smooth brow peculiar to the head of Nietzsche.
. . .
Where the gulls, with long beaks and cold, blue eyes that seem ringed by spectacles, resemble international financiers, confirmation of which we find in the adroit way they filch the food thrown to the seals.