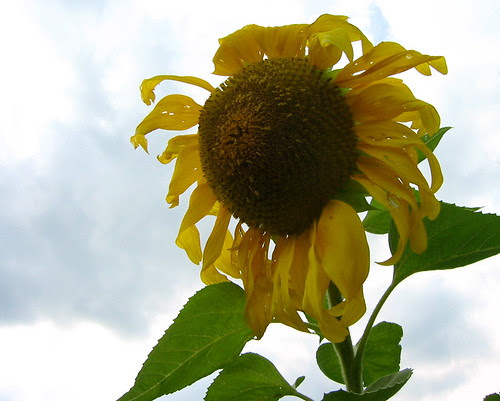 Out of Khlebnikov’s ornithological observations (compleat with collecting details):

Gen. Erythropus Brehm. Sp. vesperlinus Linn. In the area of the Pavdinsk Preserve, the red-footed falcon is quite a common bird. It can be found only in those places where individual, preferably dead, trees tower in the air, be it a swamp, covered with grass or bushes, pasturage, mountain tops at the treeline, or dense woods, preferably larch, where large individual trees stick out. In the autumn the red-footed falcons’ departure was observed. On the day of departure, from early morning on, the trees at the pasture were scattered with their hunched, motionless figures (up to 11 birds on a single tree). Over the course of several hours the birds sat motionless, precisely as if something kept them there, and only a few of them took wing and made a few circles before coming to land again. At about twelve noon the red-footed falcons took off. We were able to watch those in the front landing on treetops, letting the widely spread-out flock fly by overhead and then catching up with it again.
Killed one October 11 on a steep slope near the village of Melekhino; another October 25 at the top of Pavdinsk Rock.

Turns out Khlebnikov’s father, a prominent naturalist and ornithologist, encouraged the keeping of a notebook, recording observations of natural phenomena, drawing, classifying, collecting, all of that. Too, Khlebnikov noted bird calls during that 1905 excursion, here (rather anthropomorphically) a nutcracker:

The nutcracker often sits for a while with closed eyes after feeding, ruffling its feathers and evidently reveling in the sound of its voice, as if recounting something of its impressions of the day in its own strange language: “pee-oo, pee-oo, pee-oo,” it moans painfully and piteously; pee-ee, pee-ee, pee-ee,” it pipes in a delicate voice, like the cry of the hazel grouse; then insistently and intelligently “knya, knya, knya”; then switches to muttering, “kya, kya, kya”; then trembling with intensity, almost as if it were angry, and ruffling its feathers, it makes a rude hoarse hiss.

I love the easy reach between that kind of world sense-making and things like Khlebnikov’s later analysis of “the simple names of language,” cataloguing of sound’s relation to meaning. Here, on the letter M:

With m begin names signifying the very smallest members of several sets of things.
The plant world: mokh [moss] (a toy forest), murava [grass] (compared to a tree).
The insect world: moshka [midge], mukha [fly], mol’ [clothes moth], muravei [ant] (cf. the size of beetles and birds), motylek [moth].
The animal world: mys’ [squirrel], mysh’ [mouse] (in relation to elephants, elks). Among fishes there is the little fish called men’ [minnow].
The world of grains: zerna maka [poppy seed].
The world of fingers: the smallest, mizinets [the little finger].
The world of time: mig [instant]—the smallest time division—and makh [in a trice].
The world of words about words: molvit’ [to utter] (to say something once).
In the set of abstract quantities: malyi [small], makhon’kii [wee], men’shii [least] (from the word men’), melochi [trivia], melkii [petty].
In these 19 words that begin with m, we see the shifting play of one and the same concept—the quantitatively smallest member of a given category.

And elsewhere Khlebnikov’s sense of the fluidity, permeability of language, relating it to dolls, where one “may arrange a marriage between two rags figures indistinguishable one from the other except perhaps for their blunt flat heads.” He writes: “So we may come to an understanding of language as playing with dolls: in language scraps of sound are used to make dolls and replace all the things in the world. . . . And so a word is a sound doll, and a dictionary is a collection of toys. . . . And if we take a combination of these sounds in an unrestricted order, such as bo beh o bee, or dyr bul shchyl, or manch! manch! or chee breo zo!, then we obtain words that do not belong to any particular language but that do say something; something elusive but real nevertheless.” Putting one into zaum territory, smartly translated here* as “beyonsense.” My “sense” of zaum perceptibly shifting—is it not nearly akin to the radio receptor / Martian conduit of Spicer? That familiar trance-like state of writing (when one knows only subsequently that one wrote)? “Words” arrive unbid, merely claim’d. One “uses” words one’d no idea one “knew.” (They turn out to “go” perfectly into whatever emerges (think of the chemical developing tray in pre-digital photography), its context.) Khlebnikov’s claim for zaum depends partially on consonantal categories. Which is to say, music governing “all.” Khlebnikov’s two premises, that “beyonsense language enter the realm of sense”:

1. The initial consonant of a simple word governs all the rest—it commands the remaining letters.
2. Words that begin with an identical consonant share some identical meaning; it is as if they were drawn from various directions to a single point in the mind.