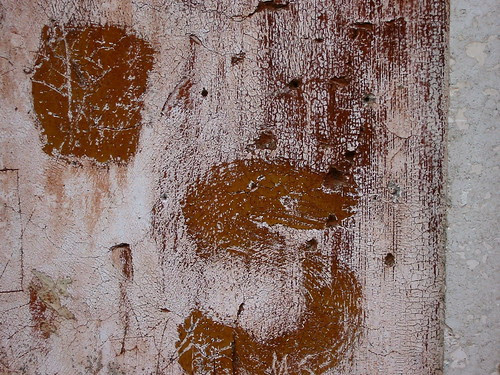 Milan Kundera writes, apropos a theme in Bartók’s Third Piano Concerto, that it is “as if a soul’s sorrow could find consolation only in the nonsentience of nature,” and immediately jumps up in defense: “For nonsentience is consoling; the world of nonsentience is the world outside human life; it is eternity; ‘it is the sea gone off with the sun’ (Rimbaud).” It is the way, lying in a field under a perfect blue vault of sky, one’s own verge sops into the surround, and begins, at rest, to sense the planet’s own easeful budge and tip. (Stall’d, one fidgets, improvises.)

One acts out a private version of la perruque, wigging it. (One is officially “writing for Isola”—one, in a kind of “thinking-abeyance,” stymied, block’d, amuses oneself by doing one’s “own” “work”—one is proud of one’s time-pilferage, a way to proceed without proceeding, without resorting to simple absenteeism. Complicity, stoppage, shrinkage: honorable word-scraps in the era of uncontrol’d capitalist mayhem I hoard for my “own” “use.”)

Or, a noctambulistic seizure, out to pace off the acreage. A lopsided line of local honkers flying low, going north. Tree frogs two-stroke rip-sawing in the lower oak-foliage. A solitary bat doing wing-skittery broad circles above the road, caught against the tanking light. Mutter of neighbors. Off closed curtains, cascades and washes of blue television light. The annealing air of autumn’s temporary, it’s unintend’d slide-back into summer.

Thinking about how Barrett Watten recently sneer’d at the “local.” In a “review-a-day” shindig writ, apparently, whilst off dawdling in “Upper Michigan” (one assumes he means the Upper Peninsula). In a piece about Merrill Gilfillan’s Selected Poems, 1965-2000 (Adventures in Poetry, 2005), Watten calls attention to the “datedness” of Gilfillan’s imagination:

There is an implicit sense that whatever is being transcribed of the present already exists in memory; this becomes a figure for the culture he writes in and of, and is objectified in a range of references from a nonexistent hotel on the Mississippi River at Burlington, to the sudden appearance of Edward Hopper painting out of the back of a truck, to the matted pompadours on a Crow reservation.

Is that “datedness”—surely a pejorative in the Watten lexicon (he later, and rather snottily, adds that he still sees “a place” in what he imagines as the “emptied out” “millions of acres of the Midwest” for “a new fact”: “Merrill, will you write a poem on some of the genetics issues surrounding hybrid crops, when you get a chance?”—is it “datedness” or simple elegy, Gilfillan’s prevalent tone, though temper’d precisely by what it is that Watten is unable to read: the accurate detail, the sheer wonder at the variety in the world, natural, geological, historical, scientific, lingual, aural. Watten: “The poetry is all about the pleasure of the local detail, a connoisseurship of the minor, a poetics of the immanent appearance.” Correctly put. Though: why is Watten’s sense of Gilfillan’s local “restricted”? Because, it seems, as Watten puts it at the end of an example of ’s own—I’m sure he’d call it “nature writing,” mostly improper for “a serious character” like himself—where he says: “all things may be redeemed in the aesthetic.” It is the leveling effect of aesthetic arrangement—putting particulars in relation in order to make new attendant structures—that Watten wants to resist. Because, to thieve a remark out of Watten’s own notes on Rob Fitterman’s Metropolis XXX (Edge, 2004): “It is only by immanent critique of the banal surfaces of reification that one can construct a poetics.” Aesthetic arrangements dwell in superficies, refuse the hierarchic. And for Watten, the hierarchic (“I wondered why there wasn’t more sex, but it seemed plowed into the local detail”) is all important. (“Plowed?”)

I see Watten in Wattenland’s now removed reference to my extensive remarks on The Grand Piano completely, adding the squib “I also see no need to link to comments that are personally hostile or repeatedly aggressive—who wants to deal with that?” (I’m not certain how to interpret that last phrase, though it’s hard to avoid the image of, say, Tom Mandel in roustabout clothes, stepping up with a gleeful grin, rubbing ’s hard-leather’d paws together, in a snicker: “Barry, I’d be happy to “deal” with that”) So much for the efficacy of cheerfully taunting negativity, oy! 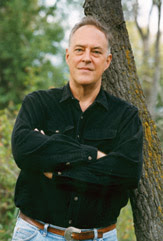