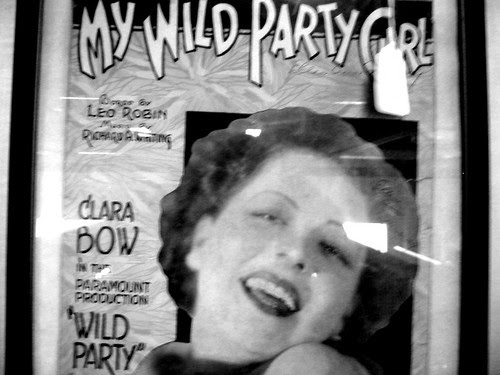 In the late ’sixties, after Donald Hall’d wrought the change—boyish darling and Paris Review interviewer of the “ancient glittering eyes” set (Hall met Frost at Bread Loaf at age sixteen) to pal to the mischief-making second-generation New York School (it was Hall’s position as reader / advisor to Harper & Row that got things like Tom Clark’s Stones, Clark Coolidge’s Space, Lewis MacAdams’s The Poetry Room, and Dick Gallup’s Where I Hang My Hat published there)—he read fairly often around Ann Arbor. I think I probably heard him a handful of times. Often enough, Hall’d do an exaggerated mimic-thing to preface a poem called (I think) “Men with Crewcuts”—lumbering with bowlegged and gum-chomping aggression across the stage, or wherever. A crowd pleaser. A mid-Vietnam War crowd pleaser. Too, he’d often read a self-consciously “wild” poem (read, overworked and cringe-adducing) called “Happy Days”—a kind of professorial-surreal number, though, astonishingly, I recall several of its lines (“Tongues, tongues, they grow on the porch” and “Karen, the walnuts are bothering me!”)

I think about Hall’s showmanship because of a little thing Jordan Davis nudged up yesterday. Referring to the poetry of the Rods—Mengham, Smith, and Toscano—in performance (I assume, based on the question of “the memorable”), Davis says: “the measure of the experience is not whether you can integrate their critique into a consistent theory, the measure is how memorable are their zingers.” Admittedly, tone is difficult to determine here, and maybe the remark is simply cheeky . . . If not, though, I got questions. Is an assault (or a sprinkling) of one-liners enough? (Is entertainment enough?) (A “zinger” entertains without instructing—meaning it’s unlikely to point to any coherent critique, or convince the unconvinced.) Is the “zinger”-style (call it Rod-kunstwerke) a direct result of performance-anxiety? (That is, writing written for reading, for “getting out the laugh.”) (One writes differently for the known audience.) (In places of thriving “community” or “scene,” most reading-audiences are (mostly) known.) Is the criticism leveled at the supposed showmanship of a Billy Collins inapplicable to the modèle zingeresque of the Rods? (Is the difference an innocuous-inane humor versus a fierce, pointed humor?) (A humor longing to be dangerous?) (Is showmanship (what I loosely term “showmanship”) a form insusceptible to any too-dangerous content?) (Do you think one could laugh oneself through a revolutionary change?)

As Javier Marías (the impertinent) writes (Dance and Dream): “. . . one must always be careful with talk, a second’s distraction and it can become infinite, like an unstoppable arrow that never reaches its target and continues flying until the end of time, never slackening its pace . . . opening up more and more subjects or parentheses that never close, each one containing its own thousands of digressions.”

So the thousand cloudlets singed by salmon light spatter out over the western reaches. We toss off the brilliantine urges and snuggle up with prose. The morning gets snockered with light, it pours through the tree-shaggy brows of the horizon, just. One writes just for sheer rapturous niggles of contentment, lining up the words, blowing off the charts. The way, biking in the spittle-hung dawn, one sings inside the stockade of one’s square-headedness, a crow-voiced Dylanesquerie (“I ’s rollin’ with my Johnson in the Johnson grass . . .”). It’s all, simply, a gaseous wonderment, and buoys my fever so!