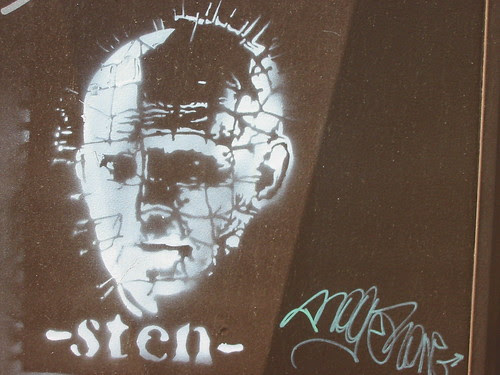 Finished the Javier Marías Fever and Spear volume of Your Face Tomorrow in a series of blasts interrupted by half-dozing bouts in the particulate-light of fancy-sleep. An hypnogogia-slick slithering in, in its lizard-caress. (Marías’s writing is never so fancy—he’d rather spear a thing in all its simplicity on the tines of pure statement—though that thing may skitter off the plate, tines athwart and re-poising for another try, what he calls “literary thinking”): “ideas only surface when we need them, even the very simplest of ideas.”

Marías toujours contre le temps, voleur du temps: “There are collections of picture cards from forty years ago which fetch the most exorbitant prices, and the people who bid for them like mad things are usually the same ones who collected them as children and who, as young adults, threw them out or gave them away, who knows, perhaps, after a long journey, after the albums have passed through many hands, they’re buying back the ones they themselves once collected and filed with such childish perseverance. It’s a curse, the present, it allows us to see and appreciate almost nothing. Whoever decided that we should live in the present played a very nasty trick on us . . .” “Like mad things,” that’s the clincher. In Marías’s world, madness resides unseen in the most ordinary activities, an unsung quotidian thing.

As one correspondent notes, Marías floods the pages, how parcel out a flood? How choose a bouquet that does not diminish in the selection to mere poetry? He is overflow and spray, a list that—by the novelist’s rule of thumb—ought limit itself to nine items goes to the dozens, haywire busting the bales, tangle-mussed.

“It seems to me that people who know absolutely nothing, people who have never consciously paused to think for a moment about anything, who do not have a single idea of their own or anyone else’s really, nevertheless talk untiringly, unceasingly, without the slightest inhibition or self-consciousness . . . exchanging greetings and telling each other the four miserable scraps of news that everyone knows about anyway because it’s common gossip, or bringing each other up to date on their usual two bits of twaddle and three pieces of villainy . . . One imagine that they must often have to resort to saying nothing and to loudly clearing their throats, that they must have to suffer embarrassingly long pauses and endure witty comments about the rain and the clouds as well as the awkward silences characteristic of dead time at it most defunct and even stillborn, given their absolute lack of ideas , amusing remarks, knowledge and the necessary inspiration to recount anything, of ingenuity and dialogue and even monologue: of intelligence and substance. And yet that isn’t the case. One doesn’t know why or how or about what, but the fact is that they spend the hours and the days chatting endlessly, brutishly, spend whole evenings engaged in chit-chat, without once closing their mouths, even snatching the word from each other’s lips, all intent on monopolising it. It’s both a mystery and not a mystery. Speaking, far more than thinking, is something that everyone has within his or her grasp (I’m talking, of course, about things volitive, not merely organic or physiological); it’s something which is shared and has always been shared by the bad and the good, by victims and their executioners, by the cruel and the compassionate, the sincere and the mendacious, by the not very bright and the extremely stupid, by slaves and their masters, by the gods and mankind. They all have it, imbeciles, brutes, merciless sadists, murderers, tyrants, savages, simpletons, and even the mad. And precisely because it is the one thing that makes us all equal we have spent centuries creating for ourselves all kinds of tiny differences, in pronunciation, diction, intonation, vocabulary, phonetics and semantics, all in or to feel that our group alone is in possession of a mode of speech unknown to others, of a password for initiates only. It is not only a matter for what used to be called the upper classes, eager to distinguish themselves from and scornful of everyone else; those known as the lower classes have done the same, they have proved no less scornful, and thus have forged their own jargons, their own ciphers, the secret or encrypted languages that allowed them to recognise each other and to exclude the enemy, that is, the learned and the powerful and the refined, and to prevent them from understanding, at least in part, what their members were saying, just as criminals invent their own argot and the persecuted their codes. Within the confines of the same language, their entirely artificial aim is to be not understood or at least only partially; it’s an attempt to obscure, to conceal, and, with this end in mind, they seek out strange derivations and fanciful variants, defective and highly arbitrary metaphors, tangential or oblique meanings that can be separated off from the common norm, they even coin new and unnecessary substitute words, to undo what was said and to mask what was communicated. The reason being that what makes language intelligible is the habitual and the given . . .”

Monstrous, one glob of coagulate out of the Maríasine butter-churn. “Nothing surrenders itself so completely as the word.”

“Almost everything that everyone says and communicates is humbug or padding, superfluous, commonplace, dull, interchangeable and trite, however much we feel it to be “ours” and however much people “feel the need to express themselves,” to use the appallingly “cursi” phrase of the day. It would have made not a jot of difference if the millions of opinions, feelings, ideas, facts and news that are expressed and recounted in the world had never been expressd at all.” Ah, the supersaturated fallout, the Brobdingnagian immiscibles, of the age of glut.