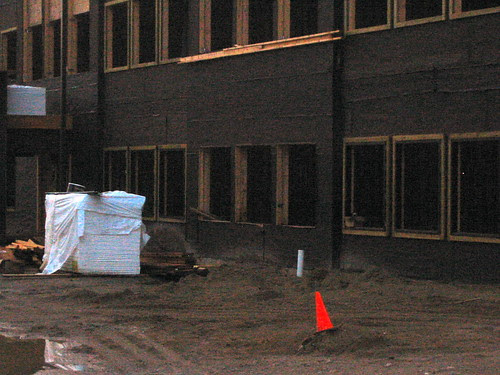 The daily Marías: “Someone has an idea and normally that one idea is enough, they pause, pleased with that first thought or discovery and do not continue thinking, or, if they’re writing, do not continue writing more profoundly, they do not drive themselves onwards; they feel satisfied with that first fissure or not even that: with the first cut, with piercing a single layer of people and events, intentions and suspicions, truths and quackery, the times we live in are the enemy of inner dissatisfaction and, therefore, of constancy, they are organised so that everything quickly palls and our attention becomes frolicsome and erratic, distracted by the mere passing of a fly, people cannot bear sustained investigation or perseverance, to immerse themselves properly in something in order to find out about that something.”

A sentence that—in its trajectory—lassoes (unintentionally) Allen Ginsberg and pulls him howling into the maximal arms of Charles Olson? (Or so it did the sly, sloppy synaptic—squeaky!—hinges that allow the neuron-fire in my most mechanical brainpan.)

And: “He always has in his mind his entire trajectory: his past as well as his future. He sees himself as a story, whose ending he must take care of, but whose development he must not neglect either. It isn’t that he will allow no upsets or weaknesses or stains in his story, he’s not that naïve. However, these must be of a kind that do not stand out too stridently, that do not inevitably leap out at him (a horrible protuberance, a lump) when, each morning, he looks at himself in the mirror and thinks about “Dick Dearlove” as a whole, as an idea, or as if he were the title of a novel or a film, which has, moreover, already achieved the status of a classic.”

A sentence that—in its outlooping—gig-hooks (unintentionally) Ron Silliman and pulls him howling into the ever-lovingest arms of Ron Silliman, micro-manager? (Or so it did the semi-bonkers ball-and-joint—lacking lubricant!—“elbow” that acts as “nudge” to my mad mechanical brainpan.)

And, continuing: “I know quite a lot of other people of no objective significance or fame, who, nevertheless, perceive themselves in just such a way, or similarly, and who watch their life as if they were at the theatre. A permanent theatre, of course, repetitive and monotonous ad nauseam, which does not scant on detail or on even two seconds of tedium. But those people are the most benevolent and easily pleased of spectators, not for nothing are they also the author, actor and protagonist of their respective dramatic works (dramatic is just a manner of speaking). This form of living and seeing oneself has become fact on the Internet.”

Sentences that . . . (Too many candidates to count in my mischief-streaming bad brainpaw.)