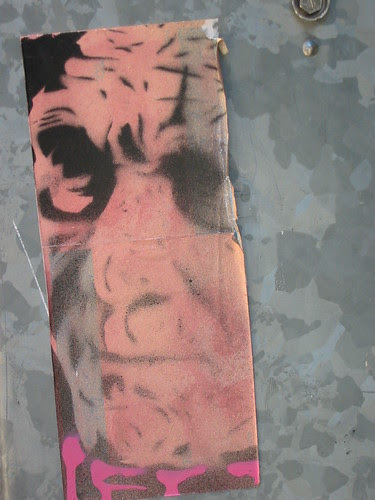 Joseph Ceravolo (“I suffer when I write the name ‘Joseph Ceravolo’”—too besmirched by my first ‘meeting’ with Ceravolo, Ron Padgett’s ‘Listen, Joe Ceravolo / You’re O.K.’ in “Words to Joe Ceravolo” (Great Balls of Fire, 1969). The kind of reassurance a nineteen-year-old loves to mutter to himself . . .), somebody called him a cubist. Joseph Ceravolo wrote:

Hiking a mountain in Alsace, Ballon d’Alsace, I claimed my first (only) comprehension of cubism. Thousands of sapins, a coniferous green moving rill stung by each individual tree, each individual tree offering up the hundred spokes of its branches in full dimensional successives—static rigamaroles of darling green. (Unconvincing, partial, wordy.) It (cubism) show’d its facet’d simultaneity, a momentary dynamo, and gone. A similar thing—visceral, stunning, corrosive—’d occurred in the Jeu de Paume, human-scaled home (circa 1972) to a modest (human-scaled) collection of Impressionist works—one knew seeing there by testicular quiver, by ventral clench. How did Hemingway put it? About going hungry to museums, that involuntary sharpening of senses. (Or Henry Miller?) (Unconvincing. Metaphorical. Adrift in names.) The only other writing I recall ’s being called “cubist” is Pierre Reverdy’s:

In something so small, syntax and relation (even spatial) weigh terribly, articles become clutter, necessary or not. Everything (each word) sits on a scale. Why “cubist”? Is it in the way the short phrases and sparing use of connectives impose a multitude of syntactical possibilities? That “déserte” may be the hinge of the poem, possibly referring to “la vie,” possibly to “la rue.” Reverdy, two remarks out of Self Defence (1919):

§ There is a certain right rapport among individual elements though any harmony is mere embellishment.

§ What is a work which—once its idea or story (which, in isolation, amount to nothing) is set aside—nothing remains?

So feverishly (I fetched a pile of books to my table—I am, I sense, nearing a cusp of knowing something) I try to scoot back to poor collapsed Joseph Ceravolo. In “I Like to Collapse” the elements make a kind of imploding scene (barely descriptive: end of work-week outing, sense of tranquil (domestic) comfort, soda, company, drizzle, familiar streets). What harmony there is (and there is) is likely tossed into disequilibrium by the title. And by the degree of abstract interference (radio static) a final line like “Avenue A         is near the river” slips (almost muffled) into the poem’s carefully plotted (piecemeal) low expectations. The effect is self-collapse, poem-collapse, writing itself become vehicle for author’s announced desire. Refusal of statement, muddle and mumble. (Least convincing. Inchoate. Indefinite and awkward. Tortured. What comes out if one begins with an “idea” rather than a “music.”)

What Kenneth Rexroth says about Reverdy and “cubist” poetry:

When the ordinary materials of poetry are broken up, recombined in structures radically different from those we assume to be the result of causal, or of what we have come to accept as logical sequence, and then an abnormally focused attention is invited to their apprehension, they are given an intense significance . . .