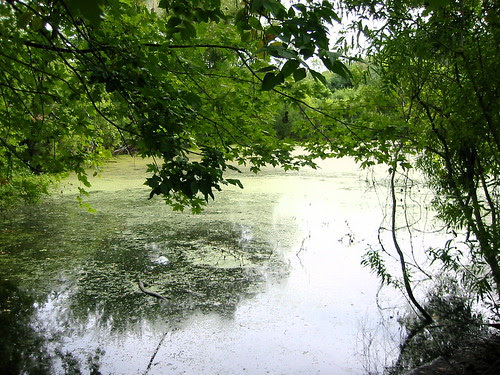 The Pond in August

Truculent after-rain morning smells of fish and decay sucked deep into the olfactory chambers, never enough. Never enough: I want that smell to be fish, or a roistering rot of cabbage. Downtown giving way to near-skunk and tobacco, an immiscible lot. A trudge of the hard-hatted go by, with a couple of cut-ups thrown in, the giddy hangover sort. They all brandish enormous coolers, lunches. If I open a book by Osip Mandelstam and discover that “A page of music is, firstly, the deployment in battle of sailing flotillas and, secondly, the plan according to which night, arranged in plum pits, sinks,” do I, first, find it breathtakingly wondrous? Enough so, that, second, I immediately ride roughshod over any niggling doubts? I am in the mood to see in a treble clef a branding iron. Tired of the Stevensesque ‘Cleansed clean of lousy Byzantium’—through sheer efficacy of the American will. Décor is my battle cry. I launder the etymologies and proclaim a new derive: “straight out of the heart.” See Brookfield’s Random Reminiscences (as if they could be anything but): “He was afraid some heavy piece of décor had fallen upon me.”

Javier Marías (Your Face Tomorrow: Fever and Spear): “It is the danger that stalks every artist or politician, or anyone whose work is subject to people’s opinions and interpretations. If a film director, writer or musician begins to be described as a genius, a prodigy, a reinventor, a giant, they can all too easily end up thinking that it might be true. They then become conscious of their own worth, and become afraid of disappointing or—which is even more ridiculous and nonsensical, but it can’t be put in any other way—of not living up to themselves, that is, to the people it turns out they were—or so others tell them, and as they now realise they are—in their previous exalted creations. ‘So it wasn’t just a product of chance or intuition or even of my own freedom,’ they might think, ‘there was coherence and purpose in everything I was doing, what an honour to discover this, but what a curse too. Because now I have no option but to abide by that and to reach the same wretched heights in order not to let myself down, how awful, what an effort, and what a disaster for my work.’ . . . There is nothing worse than looking for a meaning or believing there is one. Or if there is one, even worse: believing that the meaning of something, even of the most trivial detail, could depend on us and on our actions, on our intention or our function, believing that there is such a thing as the will or fate, and even some complicated combination of the two. Believing that we do not owe ourselves entirely to the most erratic and forgetful, rambling and crazy of chances, and that we should be expected to be consistent with what we said or did, yesterday or the day before. Believing that we might contain in ourselves coherence and deliberation . . .”

One of the reasons for homonymics. Think of Romain Gary’s becoming Émile Ajar, out of impatience with the “slotting” (by the French literary culture) of the “roman de Gary.” That desperate desire (become need) to become someone other, if only to regain some freedom to write stupidly again. Just as all “advances” come about “stupidly.” Je suis imbécile, je suis idiot, je suis bête et méchant, battle cry of the necessary freedom. 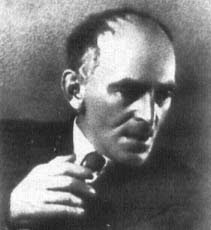