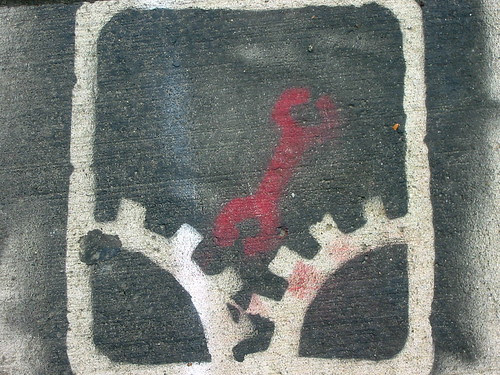 Wrench in the Works

O Poss, it says, “springs from the spleens of Dale Smith and Hoa Nguyen,” and is “spontaneous and irregular.” Its “look” is of ’sixties mimeograph, smudgy, side-stapled, quick. Its “feel” is emergency, ras le bol, pissed off. “Contributors will be solicited one or two days in advance of production.” One wants to believe (imagine) a kind of cinéma vérité—“slice of life”—in these pages, the pulse of the country—through some of its writers—took (accounted for). And there’s some of that. Alice Notley: “This free software will render you even more anonymous and in your simple faith the story can come to you; who are those trashy people out there with their unabolished bodies?” Philip Trussell: “across the street a gated yuppieplex was bunkered against the night of surrounding Hispanics and Blacks . . .” Brenda Coultas: “The parking meters on Houston plastered with “Bush Lied Thousands Died.” Hoa Nguyen: “Dear Texas                   here I am / near your “heart”         and the “Value Sky Park.” Susan Briante: “And D. suggests I look at Melville’s travel journals, the entry in which he compares Jerusalem to a skull infested with flies.” And more. (And, sadly, less—some same old-same old, whatever so-and-so had sitting around.)

The piece that demands reading is the final one: Ammiel Alcalay’s blunt excerpt out of scrapmetal, due out soon through Bill Marsh’s Heretical Texts, and apparently written for that series (“what does all that mean, now that I’ve been asked to write this ‘heretical text,’ specifically meant to address ‘political poetry?’”). Short paragraphs, gruff memoir, recurrent short histories of “Work”:

I finished from the warring factions on August 2, 2001, the day General Radislav Krstic was convicted of genocide and sentenced to forty-six years by the International Criminal Tribunal in the Hague for his role in the massacre of some 7,000 people at Srebrenica. A friend of mine who’d been on the front lines defending Sarajevo figured out that the sentencing amounted to 2.39 days per person.

Paper route: when I first started, they issued us beautiful canvas bags to put the papers in. Once the route got going, someone tossed a bale of papers onto the porch, usually around six in the morning. Unless it was snowing, I went by bike. Years later I ended up using the bag to keep my hawk and trowel in when I was plastering—it was perfect.

I started what ended up as the beginning of the book on December 1st, 1993, when the siege was in its second winter. The first poem, dated then, references a series of events that culminated in an evening for Sarajevo held at Symphony Space in New York City and organized by PEN American Center. The only Bosnian appearing on stage that evening was Zlatko Dizdarevic, a journalist that I became very close to in the process of translating two of his books and dozens of his articles during the war. While very well-intentioned and practically oriented (as a fund-raiser to help Bosnian PEN members survive the winter), the event had a distinctly colonial approach to the natives about it. Even though I’d brought the people who mattered most to the event (i.e. the Bosnians), I was almost thrown out of the building, along with several friends, for selling—without “authorization”—a magazine we’d edited, a special issue of Lusitania dedicated to Sarajevo and published bilingually, the first such thing to appear in the United States. 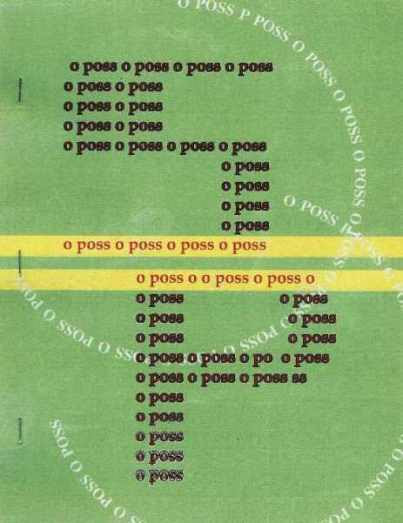 
I think I ought reread Guy Davenport’s essays, those collected in The Geography of the Imagination and Every Force Evolves a Form. What I recall is the factoids—Charles Olson twenty-two inches taller than John Keats, how the Lascaux caves were discovered (in 1940) by a rabbit-chasing dog named Robot. What I forget is the nimbleness with which Davenport steps back for a larger look:

Art is the attention we pay to the wholeness of the world. Ancient intuition went foraging after consistency. Religion, science, and art are alike rooted in the faith that the world is of a piece, that something is common to all its diversity, and that if we knew enough we could see and give a name to its harmony.

Reason enough to shun any too dismissive (narrow) dogma, of any group, or any self-appointed categorist and hegemony-mongerer—reason enough to swivel one’s radar often and ineluctably, up out of the tiny holes we mostly dwell in. Davenport is undoubtedly a principal contemporary example of such perspicacity. It’s visible in a single sentence—how, talking about “the rib of an ox on which some hunter carved with a flint burin seventy lines depicting we know not what,” he says, “It is man’s oldest known work of art, or plat of hunting rights, tax receipt, star map, or whatever it is.” Evidence of a simple and precise fluency in things beyond the merely “literary.”