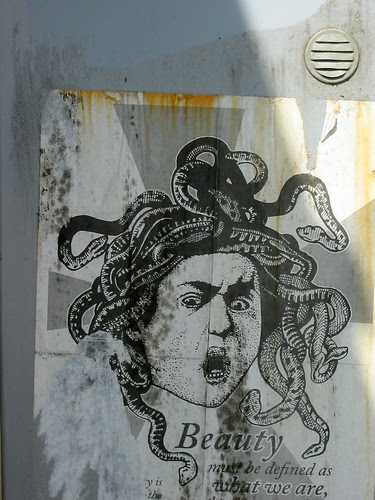 Rather dumbfounded to read (in The Argotist) Marjorie Perloff, defender of a whole slew of poets, most of them notably lacking in anything resembling “individual genius,” and many denying its existence (beyond a petty, laughable social constructivist version), saying: “It’s not a matter . . . of using this mode or that one, being part of this school or that one, but having individual genius. There are plenty of very fine poets today—perhaps not just in England at the moment or in the U.S. But in less likely places.” And, in the next sentence, talking of “the utter nullity of much that currently passes for poetry.” Perloff’s diagnosis: “I think, at least here in the U.S., the real fault is not the refusal to engage pop culture but the unliterariness of ‘poetry’ so-called. Most of our poets NEVER READ ANY POETRY or other literary work. It’s so absurd. They want to be ‘poets’ but heaven forbid they should read any when they can be reading theory or political tracts or whatever. . . . I believe it’s the wanting to be ‘with it’ that is destroying the poetry scene. If you want to be a poet, you have to have some sense of the poetic tradition.”

Two things: only one who’s propped up by gaudy (meretricious) laurels is allowed to make vapid broad general remarks like that without a shred of evidence for support. Who determines what is “unliterary”? Who decides what is “poetry.” (In the previous paragraph, Perloff’d made the argument for Beckett as “first and foremost a poet, in that the density of language—its sound, multiplex nature, visual aura, and so on—that is foregrounded.”) Who are the poets? (“Most”? Name some names. Remember Benjamin’s “who cannot take sides should keep silent” in “The Critic’s Technique in Thirteen Theses.”) Secondly, what “poetic tradition”? Or whose? (After the vague nod to those “less likely places,” where the “fine” poets congregate, Perloff slips back into the rhetoric of the traditional (Western) canon.) Combined upshot: she is unable to imagine a cultural milieu that differs too noticeably from her own. If she points to the “de Campos brothers in Brazil, Augusto and Haroldo, those marvelous poets” as models, it is due precisely to typical Western canon work—they “translated everyone from Dante to Rimbaud to the writings of Boulez and Cage.” Truth is, everyone’s got culture—crackerjack, comic book, cinematic, hip-hop, and it’s all language, all of it capable of providing material of “poetic” density. To insist differently is to privilege conservation (status quo, standstill) over any possible advance (movement).

Trying to “do Greek”—a thieved (transliterated) two lines of Euripides—with the aid of a Dictionary of Word Roots and Combining Forms found in the street:

So the Corybantes, brain-fever’d, dance with flapping testicles,
So, too, the apple-cheek’d poets, fuckin’ crazy, make shapely songs.

Genuine polemics approach a book as lovingly as a cannibal spices a baby. (Walter Benjamin) 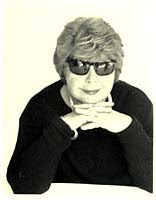