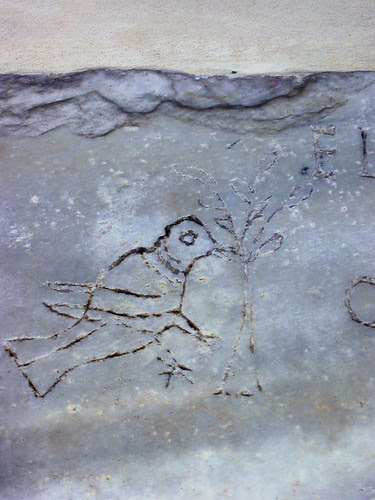 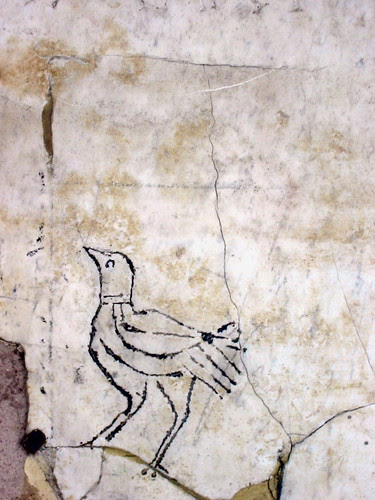 All the sour hoopla and gum-gnashing about The Best American Poetry—who cares? It’s small cheese (in attention-getting terms). And were it a bigger (smellier) cheese? What’s the point of whining about lack of American attention when it is precisely American attention—that vacuous, know-nothing, shiny-eyed adulation pointed violently, religiously, searingly in one direction (before swinging violently away, finished with that)—that messes up any American artist unlucky enough to fall under its drill-press light. The lucky ones—through subterfuge or cussedness—avoid attention like any other plague-swolled bubo. The only possible upshots: a work-trajectory of thinner and thinner self-caricature, dissipation (gin and wild party girl) and unremitting sore-headedness, self-doubt squeezing one into a trickle (or freezing one into a mold), a counterblast of insufferability (self-confidence gone haywire), a thirty aught six smashing through the cranial shell, all of the above. It’s only poetry, most Americans’d refuse to donate a single fleet bowel movement to its continuance, keep at it, keep quiet about it (stop whining), keep dodging the bloody-mouthed hounds of even the most ginger-fingered celebrity-hood. And never trust those that think any differently. They are rockists and circus geeks. Heed the words of Joseph Ceravolo:

What have I gained
by lying in this abyss
waiting for the masonry
to show a little slit
for my soul to get through?

Only the little nothing that nothing is, and that is poetry enough.

Dining by myself, forking the mean vittles meanly in whilst reading a recent book review, I note a claim (apparently by philosopher Berel Lang) that in attempting to represent disaster (he points to the Holocaust) one risks the “possibility that content may exceed any possible form.” And trouble the thing a little. Isn’t it the case that all (any) content exceeds its form? If I walk out into the savage night, into the high interpellant raspings of the insect fury, into the undercarriage of tire hum and the puncta of human voice and screen door concussives, and I put it down so, all one is left with is a sentence. If I make another sentence of the leaf-bobbing revelations of the streetlights, semi-plosive oratorios of orange light, that’s two sentences. No precise savage noctambulism is made available to the available reader. The problem is not structural (aesthetic), it is ethical (moral): one ought to attend to disaster, one ought to act in an ameliorist way against our mutual slaughters, our mayhems and terrors. I am reminded of a photograph of people in the immediate aftermath of September 11, presumably near “ground zero,” writing, writing. The one legible: “We shall never be the same,” a common sentiment of that period. And the fact is, how little changed. Habits, regimens, poetries, antagonisms, aesthetics, expenditures, percepts—where’s any fundamental change? That human need to forget all we know, to capture little, to exist in a sublime thrall to what is, mysterious, ineffable, inexpressible. The savage night I go out into is uncompassed, teeming, wild, and my sentences, inconsolable, can never retrieve it.