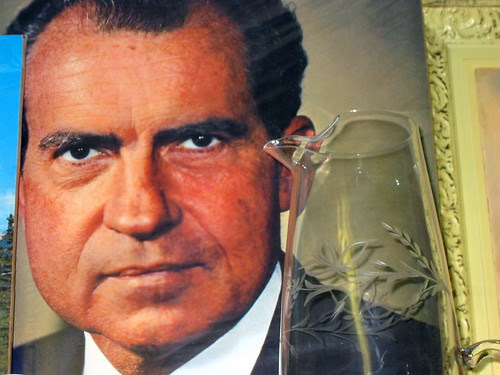 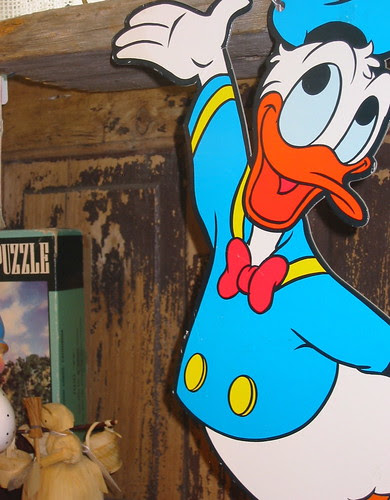 Diptych: “Crook and Decanter” and “Puzzle and Duck”

A divot tossed up by looking into the Berrigan Collected. In the note concerning “Tambourine Life,” I read how the poem got “anthologized in The Young American Poets, ed. Paul Carroll, . . . a highly influential anthology that crossed over into both mainstream and avant-garde territories.” And I think: isn’t that reading history through a distortingly contemporary lens. I recall snapping that book up at the pre-ironic age of fourteen, and rushing breathlessly into the house with it, a red block, clutched in my arms! In pre-torque’d light! Pre-neo-formalist air! Ah, there I could be a boy, in the pure light of poetry. Maybe I got born naïve. I don’t recall making a distinction. I can’t find my copy of that book. I remember Diane Wakoski pointing a gun at the reader. And how Charles Simic looked as if he still carried a goodly amount of baby-fat. And James Tate’s enormous head. And, later, reading (rather recently, I think, did Paul Hoover refer to it?) how Bernadette Meyer mailed Carroll a bag of shit (human, presumably hers) because she’d been excluded. I recall liking “Tambourine Life” and disliking the title. Thinking it terribly too Dylanesque, a sad, misdirected stab at getting “rock-star-level” attention. (“There was a lot of that going around.”) (“There still is.”) 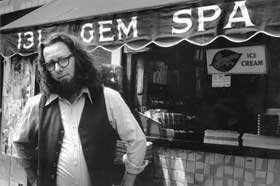 How gratifying and right it is to learn that Javier Marías’s translated into Spanish the works of John Ashbery, Wallace Stevens, and Frank O’Hara (in addition to Sir Thomas Browne’s Religio Medici and Sterne’s Tristram Shandy.) And, among a pluck of novelists, favorites Thomas Hardy, Robert Louis Stevenson, and (the underrated) Anthony Burgess. Apparently an unstoppable worker, cigaretted. In the early ’fifties, he (b. 1951) lived in Massachusetts, an American baby. Jorge Guillén’d invited the family, Marías’s father exiled, unable to work in Franco’s Spain. In an interview (apropos translation):

If you rewrite high literature in an acceptable way you’ve done a lot. Your instrument is more resilient than it was. You can say that you’re capable of renouncing your own style, adopting someone else’s, yet the wording is always yours. The common idea is that the translator is a slave to the original text. But that’s not true at all in the sense that there is not one sentence in any language that allows just one translation. You always have to choose.

Mark of a Marías sentence: digression and choice, forking paths. Even at the level of the modifier, a whole battery is proposed. If two people split up: “The sad one doesn’t know what to do or how to behave, trying first one thing and then another and then the opposite of each . . . and nothing works because they are already condemned, they try being charming or unpleasant, gently or surly, indulgent or critical, loving or belligerent, attentive or uncouth, flattering or intimidating, understanding or impenetrable, but the result is confusion and a lot of wasted time.” (Note how the paired adjectives, while posing syntactically as antonyms, refuse the role, and so open up a myriad of malleable and highly “complicated” (impossible) stances. The aim of Umberto Eco’s Open Work is here made manifest by Marías’s ever-slippery, ever ill-defined, rambunctiously digressive narrator: he tells the story, he is contradictory and seemingly unaffected, distrustful of meaning. One suspects he’s nimble enough to tell the same story again and again, always differently. It’s not that he is changed (by the story), he is too nebulous for that: a cloud with a Dictaphone machine. Marías:

In my books there is not only the action, the character, the story and so forth; there is reflection as well, and often the action stops. The narrator then makes a series of considerations and meditations. There is a tradition within the novel form, almost forgotten now, which embodies what I call literary thinking or literary thought. It’s a way of thinking which takes place only in literature—the things you never think of or hit upon unless you are writing fiction. Unlike philosophical thinking, which demands an argument without logical flaws and contradictions, literary thinking allows you to contradict yourself.