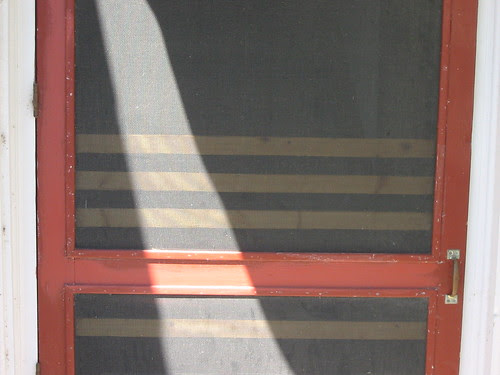 You content yourself with whatever comes our way and are even grateful that something or, above all, someone does come our way, even if they’re only diluted versions of what has been suppressed or interrupted or of those your miss; it’s hard, very hard indeed to replace the missing figures from our life, and you choose a few or none at all, it takes an effort of will to cover the vacancies, and how painful it is to accept any reduction in the cast of characters without whom we cannot survive, can barely sustain ourselves, and yet if we don’t die or, at least, not very quickly, it is always reducing down, you don’t even have to reach old age or maturity, all it takes is to have behind you some dead beloved person or some beloved person who ceased to be beloved and became instead a hated omission, our most loathed erasure, or for us to become that for someone else who turned against us or expelled us from their time, removed us from their side and suddenly refused to acknowledge us, a shrug of the shoulder when tomorrow they see our face or when they hear our name which, only the day before yesterday, their lips still softly whispered. Without actually saying as much, without formulating the idea in our minds, we understand how difficult this business of replacement is, just as, at the same time, we all offer ourselves up to occupy vicariously the empty places that others assign to us, because we understand and are part of the universal, continual, substitutional mechanism or movement of resignation and decline, or, sometimes, of mere caprice, and which, being everyone’s lot, is also ours; and we accept our condition as poor imitations and accept that we live ever more surrounded by them ourselves. Who knows who is replacing us and whom we are replacing, we only know that we are someone’s replacement and that we ourselves are always being replaced, at all times and in all circumstances and in any endeavour and everywhere, in love and in friendship, in work and in influence, in domination, and in the hatred that will also tire of us tomorrow, or the day after or the next or the next. All of you and all of us are just like snow on somebody’s shoulder, slippery and docile, and the snow always stops.

If literary criticism hound I were, I’d say: “Ain’t that the whole cheese?” And argue for that final sentence as a snicker-snack on the final paragraph of Joyce’s “The Dead”: “snow was general all over Ireland.”

Devon weather Sunday. Or Dorset. Where I walked and hitched through sun-blasts and rain-squalls with my minuscule canvas pack, a nineteen-year-old with a homemade soul. I knew nothing in those days of the autonomous work of art, how it remained autonomous by means of confronting its heteronomy. Mostly I read inchoate (chopped out) lines of Shakespeare, and grew tan (my hands, my blunt Dutch physiog), and strong on hostelry-food, tinned rice puddings and packages of shortbread. Mostly I didn’t think of the subjective lyrical I. If I scribbled something of a poem, I made sure anybody reading it would see it for a mountebank’d thing, a game tossed against the lateness of the day for activity of such pudeur and escort. Meaning, I flipped it off even whilst I belted it out.

That kind of day. And the goldfinches, a male and two females, autumnal wash-outs perched on the black-spiked tops of the Echinacea. And (I, not the goldfinches) misread a tiny Joseph Ceravolo line as: “oh / je fist tout” (“Fits of Dawn”). The kind of thing that makes one hamstrung by self-identity, checking one’s own papers, in a kind of disarray, just the opposite of thinking one owns any piece of the lyrical “rock.” (Prudence, what is prudence? A denial of variance, a genial defeatism? The “I” as accumulated doubts and advisories and contra-distinctions?) That kind of day.

In the wash-out (next) morning—bitingly cold without a tracery of cloud or cloudlet, the star-sharp pricks of the celestial cutlery (Oh, stop that), I think of how Marías repeats things, sentences and paragraphs, worrying a line, reading it again against whatever new angle he’s bumped up against. And so I think how—it must be in a letter—I wrote: “I read Shakespeare without qualms now, my neck and hands splendidly tan.” Back in my itinerant youth. And why recall it of all the other lines of my itinerant youth? Why stuck so on Marías’s repeated reference to one Colonel Rosa Klebb, a character in Ian Fleming’s From Russia with Love, director of SMERSH, some particularly ga-ga torture agency (all torture is ga-ga), a woman Marías calls “hoggish in bed”? Why, too, “see” in my scuttling brainpan’s cinematic cloakroom (not the main, brightly lit auditorium) a short reel of a man named Ken Follett (in Ithaca, a local mason, not the dour Welsh thriller-writer) holding aloft a lengthy chunk of hard salami, shouting “Here is a poem!” and moving it mechanically in a stutter-y semi-circle, clenched in a killer’s hands with a killer’s eyes to back it up? Shakespeare without qualms? All reading is about qualms, no?