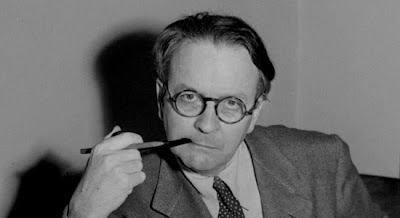 Diffuse and humid days. A grubby-Levi’d Vietnam vet, likely homeless, squatting under a pinned up boonie hat in the shade next to a Labor Day-shut branch library, siphoning a wireless signal for the small black notebook he’s typing at. Korean kid in a jersey in the big box emporium muttering out loud, whine edging in through the feigned fury: “Where the fuck’s the bedding?” Reading inconsequently, and in aimless spurts, retarded by naps. Attention span of a gnat. A neighbor claiming the U. S. Army’s routinely—“since the ’forties”—putting grids of “chemtrails” up in the sky, full of aluminum and strontium, a way of turning the sun back against itself. “They followed one grid to Joplin, Missouri—spotted it just before that big tornado they had there.” (Such serial etceteras might be gleaned indefinitely. I think of the intent awkwardness of a line out of Jude the Obscure: “The mountain-weight of material under which the ideals lay in those dusty volumes called the classics piqued him into a dogged, mouselike subtlety of attempt to move it piecemeal.”)

Keats once said in a letter to Alfred Halsey that “Poetry is the art of being interested in nothing.” If that is true, what he said, then I am a true poet. Nothing interests me in particular, aside from what interests everyone; I’m not even interested in poetry itself. It is interested in me.
Huh? Well, that’s the gist of my thoughts here. The climate is so marvelous I just walk around all day and smoke all night. The natives have stopped noticing me, except when I screw up the language and say something incredible, like, “I’d like a boke,” instead of “                 ” (fill in). Which reminds me of a letter I got from Burroughs, just before I left Tulsa. I had written to him, asking him for information about rage, such as where and how to get it, prepare it, etc. My letter to him was short and to the point. I really didn’t expect an answer. About 2 days before we left, his letter came. It said something like, “If you are as nice as you say you are, what you’re looking for will be of no use to you, since everybody experiences anger the moment their soppy heads come slurping through the quivering bodies of their mother.” Do you think he could have gotten my letter confused without someone else’s?

Padgett’s Keats surely a rambunctious piece ab inventio. Though Keats did write—in a lengthy 24 September 1819 letter to George and Georgiana Keats—complaining about neighbor Charles Wentworth Dilke (“a Man who cannot feel he has a personal identity unless he has made up his Mind about everything”): “The only means of strengthening one’s intellect is to make up one’s mind about nothing, to let the mind be a thoroughfare for all thoughts. Not a select party.”

I remember the oak trees and the high wooden sidewalks beside the dirt roads and the heat and the fireflies and walking-sticks and a lot of strange insects and the gathering of wild grapes in the fall to make wine and the dead cattle and once in a while a dead man floating down the muddy river and the dandy little three-hole privy behind the house. I remember Ak-Sar-Ben and the days when they were still trying to elect Bryan. I remember the rocking chairs on the edge of the sidewalk in a solid row outside the hotel and the tobacco spit all over the place. And I remember a trial run on a mail car with a machine my uncle invented to take on mail without stopping, but somebody beat him out of it and he never got a dime.

Chandler’s spout about nothing (out of a 12 December 1945 letter to Charles Morton at The Atlantic):

Can I do a piece for you entitled The Insignificance of Significance, in which I will demonstrate in my usual whorehouse style that it doesn’t matter a damn what a novel is about, that the only fiction of any moment in any age is that which does magic with words, and that the subject matter is merely the springboard for the writer’s imagination; that the art of fiction, if it can any longer be called that, has grown from nothing to an artificial synthesis in a mere matter of 300 years, and has now reached such a degree of mechanical perfection that the only way you can tell the novelists apart is by whether they write about miners in Butte, coolies in China, Jews in the Bronx, or stockbrokers on Long Island, or whatever it is; that all the women and most of the men write exactly the same, or at least choose one of half a dozen thoroughly standardized procedures; and that in spite of certain inevitable slight differences . . . the whole damn business could be turned out by a machine just as well, and will be almost any day now; and that the only writers left who have anything to say are those who write about practically nothing and monkey around with odd ways of doing it.

What seems beautiful to me, what I should like to write, is a book about nothing, a book dependent on nothing external, which would be held together by the internal strength of its style, just as the earth, suspended in the void, depends on nothing external for its support; a book which would have almost no subject, or at least in which the subject would be almost invisible, if such a thing is possible. The finest works are those that contain the least matter; the closer expression comes to thought, the closer language comes to coinciding and merging with it, the finer the result. I believe the future of Art lies in this direction. I see it, as it has developed from its beginnings, growing progressively more ethereal, from Egyptian pylons to Gothic lancets, from the 20,000-line Hindu poems to the effusions of Byron. Form, in becoming more skillful, becomes attenuated; it leaves behind all liturgy, rule, measure; the epic is discarded in favor of the novel, verse in favor of prose; there is no longer any orthodoxy, and form is as free as the will of its creator.

Chandler’s rampant skepticism regarding the commonplaces of the novel (“Plot as such merely bores me” and “Give me two people snotting each other across a desk and I am happy. A crowded canvas just bewilders me” and “All I’m looking for is an excuse for certain experiments in dramatic dialogue. To justify them I have to have plot and situation; but fundamentally I care almost nothing about either. All I really care about is what Errol Flynn calls ‘the music,’ the lines he has to speak.”) To Eric Partridge (whose lexicography he corrects—“. . . ‘flop’ means to go to bed and perhaps includes the idea of sleep, but doesn’t mean sleep. Flophouse is a cheap transient hotel where a lot of men sleep in large rooms . . . Flivvers are not ‘cheap cars’; they are Fords and only Fords . . . I never hear the word applied to any other make”) Chandler retells a shaggy dog story (“the definition of a shaggy dog story is pretty vague to me, except that it’s supposed to be pure nonsense and yet somehow funny”):

It seems that on a very hot summer afternoon a couple of hippopotamuses, or hippopotami if you want to be a purist, were basking in the muddy water of the Nile with their noses just showing above. They appeared very contented and even a little drowsy. Finally one of the hippopotamuses raised his snout out of the water enough so that he could open his mouth. He said dreamily, “Somehow you know, I can’t help thinking this is Thursday.” End of story.