Reading Notes (Gerald L. Bruns’s What Are Poets For?) 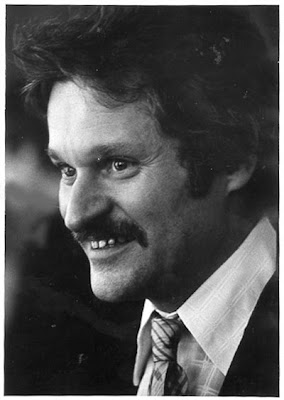 Cold. The usual four a.m. noise of cadaveriety easing up the shutters, sweeping off the commercial frontage, turning the sign around to OPEN. I briefly toss and relent, sneering at sleep’s minions, up and out. Zip through the night-blackened streets, lit. Ashbery (Flow Chart): “When they said, Does it buzz? / he replied, yes it does.”

Out of Gerald L. Bruns’s What Are Poets For? An Anthropology of Contemporary Poetry and Poetics (University of Iowa Press, 2012):

For if there is no one thing that can be called poetry—if it is made of anomalies (a one-word poem, for example, or a collage of letters or letterlike scribbles)—then one’s study must proceed, like an anthropologist’s progress through an alien culture, at ground level, from one local practice or artifact to another, without subsuming things into a system. Of course, at ground level pitfalls and double binds are waiting at every turn: remember the sculptor Donald Judd’s famous remark: “If someone calls it art, it’s art.” Anything goes, even if not everything is possible at every moment: hardly an intellectually defensible theses . . . As a dodge I take recourse to Wittgenstein’s idea that things (games, for example, but also philosophy itself) have a history rather than an essence, and that history is made of family resemblances, so that as one proceeds along the ground one finds connections in which different forms of words and things shed their light on one another. In this event the simple juxtaposition of citations often proves more fruitful than lengthy exegeses of behalf of some unified field theory.

Bruns quotes, too, Walter Benjamin’s dictum out of the fragmentary 1929 or 1930 brief “Program for Literary Criticism”:

Good criticism is composed of at most two elements: the critical gloss and the quotation. Very good criticism can be made from both glosses and quotations. What must be avoided like the plague is rehearsing the summary of the contents. In contrast, a criticism consisting entirely of quotations should be developed.

Excellent. A sense of art (writing, poetry) pursued without category or portfolio, no baggage declared in advance, all borders scrubbed off the maps. Each entry assembling its meaning precisely out of what it aligns next to it, where it connects, or “fits,” in a continuum that is as meaningless in itself as it is all pervading. One recalls Zukofsky’s claim (out of “A Statement for Poetry”) for poetry’s own “fineness of immediate logic”, how “A scientist may envy its [meaning poetry’s] bottomless perception of relations which, for all its intricacies, keeps a world of things tangible and whole.” Or there’s Henry James, in the Preface to the New York edition of Roderick Hudson, saying:

Really, universally, relations stop nowhere, and the exquisite problem of the artist is eternally but to draw, by a geometry of his own, the circle within which they shall happily appear to do so. He is in the perpetual predicament that the continuity of things is the whole matter, for him, of comedy and tragedy; that this continuity is never, by the space of an instant or an inch, broken, and that, to do anything at all, he has at once intensely to consult and intensely to ignore it.

So the critic, too, according to Bruns. To seek meaning in the “akin to” realm, the buzz of contiguity. (Ashbery, out of Flow Chart again: “slippery harmonies abound. In fact, I can’t be sure I’m not addressing myself / to one or within one right now, but that’s no matter.”) Isn’t Bruns thus putting the lie to the routines of self-appointed hegemon slayers (or, now, I suppose, “playas”) like Ron “School of Quietude” Silliman or Charles “Official Verse Culture” Bernstein, whose outmoded essentialism goes unremarked in the tenacity and noise of their either / or ruckus? Both seem to make a monolithic (and “monstrous”) system out of what is merely a series of lineages and histories not their own.

A disappointment. Into the thickets of What Are Poets For?—expecting something other, something beyond the usual exegetical romp, one finds just that. Romp, exegetical. A reading of Ashbery’s “Crazy Weather”* begins:

Weather is a major preoccupation of chaos theory, which celebrates the rationality of turbulence, as does Ashbery’s poem, whose first line answers (at least formally) a request for a reason: What is causing this anomaly? The poem itself is an anomaly-machine, producing things of which we do not know what they are. “Falling forward” and “lying down,” for example, are a bit like “It is raining,” where “it” is a phantom subject, a purely functional occupant of what upscale grammarians call the “middle voice.” And then there is the problem of “nameless flowers” (what would Louis Zukofsky have said of such things?). Meanwhile you can make a “garment” out of the weather by talking about it, as people do in the absence of anything else to say—recall ancient rhetoric in which words are the “clothes” and “colors” of things, although “white” is a shifty or anomalous word, especially when “Stitching the white of lilacs together with lightning,” thus producing a name given to moonshine and rock bands. Interestingly, “anonymous crossroads,” besides echoing “nameless flowers,” are where suicides used to be buried, ideally against a gothic background of lightning and thunder. The indifferent earth is their shield against a vengeful heaven. Speaking of garments: rumpled pajamas will right themselves when you get to your feet; but if they are (still) a garment of words, well then, “You are wearing a text.”

Whew. If the poem is an “anomaly-machine” churning out “things of which we do not know what they are,” why the overreaching antics to make its irregularities and unevenesses adhere to a “reading,” meaning a “fit.” I don’t think “falling forward” and “lying down” are a bit like “It is raining”—though I do recall (perhaps unwarrantably, I admit) the line beginning Frank O’Hara’s “Dido”: “Suppose you really do, toward the end, fall away into a sunset which is your own self-ignited pyre? is it any the less a sunset just because you stopped carrying the torch?” That, and Emerson’s saying: “The walking of man and all animals is a falling forward.” Bruns’s quoting of Ashbery’s lines** about the cumuli to be found in Marianne Moore’s poems—

What can we do about those stacks of National Geographics, leaflets from the Bell Telephone Company, the Illustrated London News, the New York Times Magazine, business letters, overheard remarks, and also the habits of jungle flora and fauna, which we shall probably never see and which in any case can never concern us? Well, live with them is Miss Moore’s answer, recognizing them as part of the rhythm of growth, as details of life possibly helpful in deducing the whole, in any case important, in any case important as details.

—goes completely unheeded in the wayward attempt to “deduce the whole.” Ashbery, out of Flow Chart again:

But a funny
thing happened, none of us were around to count, all incommensurate with our
duties as we should forever be, and not wanting much training. The dark
was like nectar that evening, rising in the mouth; you thought you had never heard
so pretty a sound. Then, of course, quietism was again broached
and that soon, and quite soon the pink of the salmon ignited the whey
of the plover’s egg and the black of old, scarred metal; then, how it
feels relaxes one like a warm, numbing bath, and her argument, and yours,
and all of theirs—why, why not just consider, or better yet, just
hold, hold on to them?

It’s this crazy weather we’ve been having:
Falling forward one minute, lying down the next
Among the loose grasses and soft, white, nameless flowers.
People have been making a garment out of it,
Stitching the white of lilacs together with lightning
At some anonymous crossroads. The sky calls
To the deaf earth. The proverbial disarray
Of morning corrects itself as you stand up.
You are wearing a text. The lines
Droop to your shoelaces and I shall never want or need
Any other literature than this poetry of mud
And ambitious reminiscences of times when it came easily
Through the then woods and ploughed fields and had
A simple unconscious dignity we can never hope to
Approximate now except in narrow ravines nobody
Will inspect where some late sample of the rare,
Uninteresting specimen might still be putting out shoots, for
all we know.