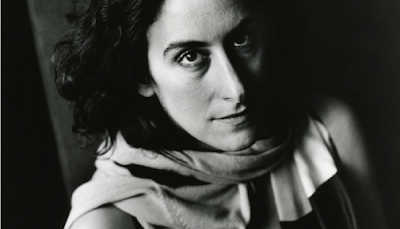 “. . . and then nothing but a lone star remained in the sky, like an asterisk leading to an undiscoverable footnote.” Thus Vladimir Nabokov’s story called “Time and Ebb” clocks out, finito. I look it up after reading Raymond Chandler’s remark in a letter: “I have a strange feeling that I have met the beautiful closing simile before. It sounds like T. S. Eliot. I can’t place it and therefore must assume that it is false memory (paramnesis to you). The tired brain is often thus afflicted.” (Isn’t all writing so afflicted, slightly paramnesic?) No sign of a stray asterisk in Eliot. Gertrude Stein, though, in How to Write (“A Vocabulary of Thinking”) pins a solitary asterisk to a washy illimitable sky of prose:

. . . it should be suggestible in the noise of the pleasure of the bewilderment might and carelessly fanned in the joint of an aptitude meant redoubtably in the vacation of their willing to not correct as should in beside have for instance culling the fancy of what in by and with more as it could shown come to be this most as they made it fanciful to be certainly as the choice of winnowing as the asterisk of the change which can might in bestowal for the receipt of their enlightenment which named in the case of their freedom by the willingness of the and bountiful remorse of indelible as chosen considered may it in for having appointed as it was marble in the wood of the shallowness combined and combed to thrill about . . .

Und so weiter. The reading eye begins to bump along irregularly, plucking small usable planks of semantic flotsam out of the oceanic onslaught, drifting, unanchored, along the swells. (John Ashbery, out of “The Impossible: Gertrude Stein”—reviewing Stanzas in Meditation: “The bright, clean colors and large cast of characters in this poem suggests a comic strip. In fact one might say that Miss Stein discovered a means of communication as well-suited to express our age as in their own way, the balloons (with their effect of concentration), light bulbs, asterisks, ringed planets, and exclamation marks which comic-strip characters use to communicate their ideas.”) The “oceanic” prose of Stein’s “A Vocabulary of Thinking” is oddly akin to the clipped energies of something like Ashbery’s “The Grapevine” (Some Trees):

Of who we and all they are
You all now know. But you know
After they began to find us out we grew
Before they died thinking us the causes

Of their acts. Now we’ll not know
The truth of some still at the piano, though
They often date from us, causing
These changes we think we are. We don't care

Though, so tall up there
In young air. But things get darker as we move
To ask them: Whom must we get to know
To die, so you live and we know?

Syllabic consistency determining a starker music—the stripped down vicinity offering, too, few tangible handholds (that “piano” swept away so quickly by its own prepositional “at”. . .) Ted Berrigan, talking about “The Grapevine” (out of On the Level Everyday):

This is the opening of the poem: “Of who we and all they are you all now know.” I think that’s about the first line and a half of the poem. And it goes very fast. And so when you first come across the poem, in the beginning, and you read it, you don’t even know how to talk from about three words on. You can’t pronounce anything. It says, “Of who we and all they are you all now know.” And you feel like saying to that poem, now wait just a minute. I not only of who we and all they are do all not now know, but I don’t even know what in the hell is going on. You know, but obviously the person speaking doesn’t have time to wait. He has to get this said fairly quickly, or maybe lose it. But one thing I discovered while walking around that poem is that all those words had only one syllable in them. And so I developed a secret idea in my own head that whenever you could use a lot of words in a row with just one syllable in them, you were being terrific. And that rule has generally held up pretty well. . . . Frank O’Hara has a poem called “A Terrestrial Cuckoo” that begins, “What a hot day it is for Jane and me.” Now those are all words with one syllable . . .

Reading the choppy fleet brusqueries of the syllabics in Stacy Doris’s final book Fledge: A Phenomenology of Spirit (Nightboat Books, 2012)—some of that canny speed (that, too, of emergency—Doris died 31 January 2012 at the age of 49 after a battle with cancer), and heartbreakingly:

Please bee get my hands I
want my hands back I love
you—so time’s gone? Rind’s tight
that means no time’s not want
churns don’t eat don’t want calls
give to grab, extended

The emphatic grid of the six-syllable line (with the monosyllabic pervading) barely containing the ferocity of the accruals (“I grow out”). Doris provides a note at the book’s beginning: “Except for flexibly taken compounds, there are mostly no two-syllable words in this book of six-syllable lines. The attempt is to push musicality-duration and naively literalize nonduality.” Preparatory brave refusals of twosomeness. The effect is a rhythm largely bereft of iambic slurry and ease, of a tautness assuaged by occasions of relief (“give to grab, extended”) that defines the meaning of the work. Pieces as if nailed together, uncompromising, a sequence. (Doris notes, too: “These poems are continuous. But because there are swells and hillocks, rough sections can also be imagined”—and proceeds to label such. “Swells and hillocks”—the oceanic.) One final piece, defiantly of the now:

If I turn to you I
turn in. We blow up
time with additional forks,
devastate companions
kayaking out, forecast
doneness with a trail. Get
lost in light with the jabs
each step on stilts: work tub
stuck in jump, so the numb
pinch of each dip weighs twice
velveted and here’s here