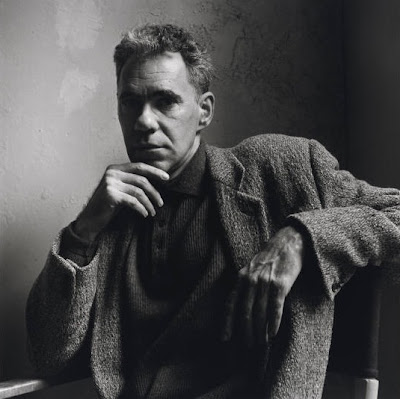 Out of “An Interview with Joe Brainard,” found in the Ted Berrigan / Ron Padgett / Joe Brainard collaboratory Bean Spasms:

J:     Yes, it’s hard to just sit down and do a “cover design.” My most successful things are those I’ve just done and then made into a cover design.
A:     How about the cover that says “COVER DESIGN BY JOE BRAINARD”?
J:     Yes, I liked the idea so I did it. But I rarely work that way. I almost never have an idea and then I do it.
A:     This may sound funny, and I think I already know the answer, but how do you go about doing a picture or a construction?
J:     How do you go about doing a construction?
A:     Yes.
J:     Well, in the first place I always have lots of things around that I like. Lots and lots of things I like. Like today I started something because a man came up to fix the stove and he took out a piece of grillwork which immediately inspired me to do a little box inside it. But I had to have a box to go around it so I looked through all my boxes and I found one and so now it’s going to be a giant collage. I just started putting things together that I have. It’ll probably change completely by the time it’s built. It’s usually one thing that starts and then things just build naturally.
A:     Depending a lot on what you have around.
J:     Very much.
A:     Do you think that the changes in your constructions over the past few years are due to a change of style or just a change of what you have around, the availability of materials?
J:     Well, it’s not really availability, it’s selectivity. There’s a lot available. It’s what I select, and I select different things. Things I would have used a year ago I wouldn’t use now. . . .

(In the Constance M. Lewallen-edited Joe Brainard: A Retrospective (2001), interviewer “A” is identified as Ron Padgett.) Idea versus impetus (or impetuousness). The obvious, so rarely “put” in talk of constructivist doings: how the piecemeal sort must needs be finessed by intelligent discernment of the materials. Which is to say: content counts. Compare that with something like Barrett Watten, caught in a formalist sludge, talking, in The Constructivist Moment: From Material Text to Cultural Poetics (2003), of Jean Day’s poem “The Fluidity of Attributes” (“The reminder of triangles is no knowledge / at all / but radicals set free in a book, promiscuous geometry you / might say, and reading it / decide there’s no limit . . .”*) and how

it seeks to discover an ethics of formal dissociation and combination in which the incompletion of the lyric poem “just is” a politics of everyday life. It is important that the acuteness of the poem’s negativity—the radical demand it makes on the reader for integration, which at the same time it refuses to allow—is made to seem identical to the dissociative finesse that renders its materials available for construction. Seeing both materials and form as equally fragmentary and incomplete allows the poet to locate her poetics of negativity precisely where such a construction is needed in the first place: everyday life . . .

“Integration, which at the same time it refuses to allow”—that sense that the objects at play might be any, discernment and selectivity being of no account to the vague vacillatory forces, “triangles” might be “squares,” or “duds.” How different is, say, Padgett’s “Early Triangles” with its canny particulars placed into the “vast & wonderful” swell:

Can you feel the swell—
or is there one?—
of something vast & wonderful
coming over America?
Or is that just the glow
of lights from Montpelier?
I stood out in the wood
and spoke to the trees with their leaves,
and they answered back. They said,
“Jerome, Jerome,
return to your village.”
I did so, and began
to lick postage stamps.
Red ones and green ones, some
with pink and yellow,
delicate triangle in the afternoon.

See Brainard, in the interview, rejecting a comparison with the assemblages of Niki de Saint Phalle:

J:     I don’t think she respects the objects she uses in the same way I do. I place an object in a collage with a beautiful surrounding.
A:     You mean you sort of put the spotlight on the things you use?
J:     Yes.

Out of the Brainard interview:

In the joke-befogged context of Bean Spasms—see, say, the infamous Berrigan-foisted-off interview with John Cage (who says things like “When I hear the word ‘Happening’ I spew wildly into my lunch” and “Many dirty hands have fondled beauty, made it their banner; I’d like to chop off those hands, because I do believe in that banner . . .”)—one might suspect Brainard, too, of a bit of obfuscatory guff. Albeit in the 1977 Tim Dlugos-conducted interview with Brainard that is reprinted (out of Little Caesar) in The Collected Writings of Joe Brainard (Library of America, 2012), one reads of the period when “Ted came to New York, and I lived with him . . . in a storefront, on Sixth Street right next to a meat factory”:

TD:     Did you have a lot of influence on you, on your work, do you think? On your sensibility, your way of looking at life . . .
JB:     Yeah, he had an enormous influence. In fact, I don’t think I’d be in New York . . . because he had this thing where—he’s a teacher, that’s the thing, but at the time he was terrific for somebody who was a little weak, in terms of just doing whatever you want to do and fuck what people think. So that was sort of his message, which I’d never learned. I had the instinct for it, but I didn’t really have the guts.

Of note, too: how Brainard initially met Berrigan in Tulsa while “working in a snack bar at a country club, outdoors by the swimming pool”: “he tried to get me to give him a free hamburger.”

THE FLUIDITY OF ATTRIBUTES

The reminder of triangles is no knowledge
at all
but radicals set free in a book, promiscuous geometry you
might say, and reading it
decide there’s no limit
to the places and people of the family we repeat
by shape and speech, whose fronts have backs
that linger
“Nothing out of nothing” is the first resemblance
we admit, in the leisure of cells’ calculation, longing to arrive
at true north only to fine it bitterly makeshift—
a spot on which a tenuous man
fingers parallelograms
reminiscent of triangles with hats on

Watten subsequently refers to Padgett’s “parody of constructivism, Triangles in the Afternoon,” claiming that here in Day’s poem (as, Watten insists, in Padgett) “there is a feint toward the rigor of geometric forms (“triangles,” “parallelograms” ) that aspires to the condition of free radicals in their promiscuous ethics of combination.” But there’s nothing “promiscuous” about the assorted details of “Early Triangles”; those postage stamps do not “feint toward the rigor of geometric forms”—they are postage stamps, triangular, slightly exotic. Any “feint” here is toward O’Hara’s “Memoir of Sergei O. . . .” (beginning “My feet have never been comfortable / since I pulled them out of the Black Sea / and came to your foul country . . .” and ending “it is not new to do this it is terribly / democratic and ordinary and tired”). 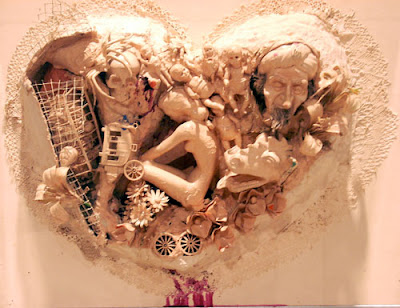 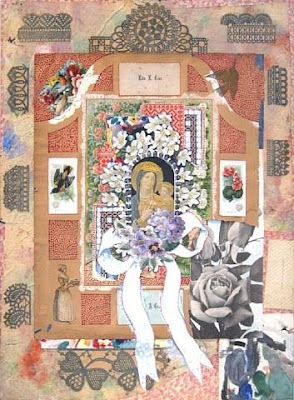