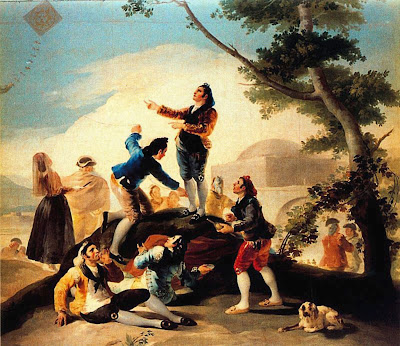 —Samuel Taylor Coleridge, off the back of a letter
(Letters, Conversations, and Recollections of S. T. Coleridge, 1836)

. . . the stars jostled and arced across the firmament and died beyond the inkblack mountains. They came to know the nightskies well. Western eyes that read more geometric constructions than those names given by the ancients. Tethered to the polestar they rode the Dipper round while Orion rose in the southwest like a great electric kite.

—Cormac McCarthy, out of Blood Meridian, or The Evening Redness in the West (1985)

. . . he say uh Miss Adeline
could me and this boy have some yo ice tea
go head on and get sis baby to po it fur ya des fish is giving me a time
we went inside there was a sweetback man playing some of them old Jax records
he was high as a coolie’s kite him with that juice rolling out the side of his
mouf like a buick man the sister had a pot of snap beans in her lap

—Frank Stanford, out of The Battlefield Where the Moon Says I Love You (1977)

Nobody had to remind the boy
to hang up his shoes that day, he was already in them,
hobbling off to the cobbler’s to buy some new laces
of the kind worn in the port city of his birth, but never
noticed until this hour, of the flying kite, and the spitball
hanging down, trying to unlatch the year.

. . . There is a biology of machines. Wed the bicycle to the kite and you have Bleriot’s aeroplane, but not without the bionic principle of the dragonfly. Even the locomotive retains the gallop of the horse.
A table is a quadruped.

Go fly a kite he writes
Who cannot escape his own blue hair
who storms to the big earth and is not absent-minded
& Who dumbly begs a key . . .

Is insignificant but you, surely you saw my light
burning for you alone, the night I sliced the slight-
ly lengthy tail from the scraggly poet’s kite?

Daffy idylls.
*
Books of poetry lie on the table. Osip Mandelstam. James Schuyler. Li Po and Tu Fu. Magnets for my awe and envy. Hard acts to follow. Deft idols. The urge to write well I take for granted, but the urge to write at all seems strange.
*
I have put a kite up into the wind: 500 feet! A dark eagle design with blue and yellow streamers, plastic but at a distance beautiful. Earlier Brooke and I tried to fly a wonderful Japanese paper kite, indigo with peacocks, a wedding gift. The wind wrecked it instantly. Our new kite is tethered to a bench, soaring in the milky blue sky.

“Before you go,” said Mr. Kelly, “you might hand me the tail of my kite. Some tassels have come adrift.”
Celia went to the cupboard where he kept his kite, took out the tail and loose tassels and brought them over to the bed.
“As you say,” said Mr. Kelly, “hark to the wind. I shall fly her out of sight tomorrow.”
He fumbled vaguely at the coils of the tail. Already he was in position, straining his eyes for the speck that was he, digging in his heels against the immense pull skyward . . .

By the time to return
no head sees. O to have my breast see in
tawdry, my breast
seen in the simplest
life around             The complicated
ah me or ma
shushed in the leaden band of a look
Shame can never go
with kites, the will light opening
opens beyond you

—Joseph Ceravolo, out of “Sea Level” (The Green Lake Is Awake: Selected Poems, 1994)

Tracings of a cirrus kite. The glow came out so hard around it that we could no longer fit around it. Aromatic gulls. Lights of the terminal. Goners.

The ship came down and I watched it apparently. Forgive all my failures, favors. Land on a mine. Only a nickel’s worth of exhaust . . .

On a dirt road
a resuscitative walk.
The kite hits
the copperhead. Cicadas
halt. The air blanks.
And strangers crane up
from whatever they are doing
to meet your gaze as you go past,
thinking, I am with you, I am
you.

A kite in the shape
of a map floats
over the land it depicts,
but at night no one sees
its roads at the end
of which a child feels

The kite was frantic through the battering wind, but, once above, it soared effortlessly, a single big-enough wing. The pre-precious stone is serpentine. A river in green.

a loblolly pining because love is
Chancy and wondrous and bleats! Today its occasion
Is this blade of grass thumbing its little nose
Against the craft that pins it. Stepping out
Now arm in arm with a stitch meeting a parasolipsism . . .

Gee! A pollen air, quick! where’s the dissecting index?
Or where’s this glance lancing off a postcard sullenly
Eulogizing the Florida swayback
Kite and its nesting habits? O what is
Essential isn’t this heliotropism, it’s the continental self.

Combines work the Monday fields around Meade. A pair of Mississippi kites hangs over the edge of town. The Dalton hideout house on the south side has six American flags and one mulberry tree in front. We peek down the secret escape tunnel from house to barn. The house was owned by the Dalton sister. “Then she moved back down to Kingfisher, Oklahoma.”
At the Meade Sonic Drive-In I eat a foot-long coney, ponder the “pickle-o’s” on the menu (dill pickle slices dipped in chicken-fried steak batter and deep fried), wipe the chili sauce from my sunglasses, and go on.

—Merrill Gilfillan, out of Magpie Rising (1988)

Once Pop made a big kite, five feet tall maybe, with the horses’ heads in the middle and it flew and I couldn’t hold it without help. They fastened it to a post of the back porch at nightfall, real rope they had on it, and in the morning it was still there.

—William Carlos Williams, out of The Descent of Winter (1928)

And the idiot boy by the road, with carbonated eyes, laughing or extending a phallus through the grating,—talking to a kite high in the afternoon, or in the twilight scanning pebbles among cinders in the road through a twice-opened tomato can.

—Hart Crane, out of “Lenses” (Complete Poems and Selected Letters, 2006)

The hair pulled back
at the nape of the neck

into a four inch [plait]
[search for the accurate Chinese term]

(It’s a queue from the Latin cauda)
Perfect fragments hexahedrons and dodecahedrons . . .

—Ray DiPalma, out of “Annotations Tropes and Lacunae of the Itoku Master”
(Mock Fandango, 1991)

that little hill, rubbed bald
by galling winds, the fossil-hill
nigh the Hades Hole.

We’ll stitch chords to their ribs
and fly them like kites. We’ll
chorus our dead to the music
of the humming strings.

[Gnawed away. Impossible to know if the poem ends here.]

—Kent Johnson, out of “Revenge” (Homage to the Last Avant-Garde, 2008)
“Phillipos. Fragment discovered at Montazah.”

. . . they are ready to pull out one another’s throats; and for commodity “to squeeze blood,” saith Hierom, “out of their brother’s heart,” defame, lie, disgrace, backbite, rail, bear false witness, swear, forswear, fight and wrangle, spend their goods, lives, fortunes, friends, undo one another, to enrich an harpy advocate, that preys upon them both, and cries Eia Socrates, Eia Xantippe; or some corrupt Judge, that like the Kite in Aesop, while the mouse and frog fought, carried both away.

That beautiful Blake who is like four feathers of a raven caught down in a chasm of which we’re just later birds, but like, oh, he’s like a frozen four-winged raven, shrieking for the light—not frozen, but ahead of us. Like a box kite. We’re all moving, movie, moving, move.

—Charles Olson, talking with Gerard Malanga
(“The Art of Poetry,” The Paris Review, 1970)

. . . the swiming clouds Pass low and lowery o’er the green
The swopping kite peelews aloud And sparrows in the stubbs are seen
Mid hawkweed flowers on Sunday’s hours I lye by Besseys side . . .

We broke, we ran, we scattered upward on the face of our favorite hill like birds or like children, and because I was last in line, lowest figure in that bright pattern, and was holding back as usual (tail of the kite, conscience and consciousness of our little group), I found myself generalizing the visceral experience of the moment itself, found myself thinking that our days were idyls, our nights dreams, our mornings slow-starting songs of love.

With no resistance, a kite staggers and falls; whereas if it catches the right current of air it can rise, darting and soaring as it pulls and fights the wind.

A clown kite, my
self rustles
up
to any gust:
warps & whucks
the wind: O
my blustering orange
and striped green
immensities!