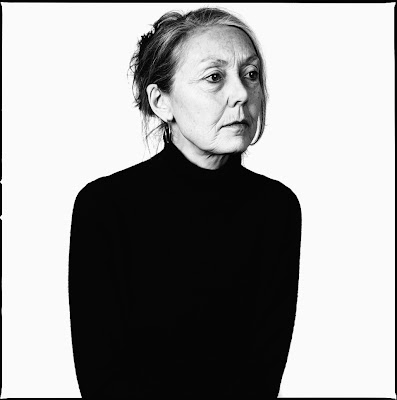 Doloroso ostinato. “Hedge-crickets sing.” That way the way goeth, squandered, absconded “with.” (My perennial need to jam a little, work up the vocabular goo, un-damp the morning’s ecclesiastical mixolydian . . . a way of making the fragments motile and prompt. “To slide on the ice of their gathering assemblage . . .”) Guy Davenport (out of the 1965 Sappho: Poems and Fragments):

My starting point was the poems and not the Greek language, my knowledge of which is functional rather than philological. I have followed no strict theory. My intention everywhere has been to suggest the tone of Sappho’s words. Had I not accepted as an outer limit to transposing meaning from Greek to English the rule that one must not tamper with grammatical integrity, I could justify, utterly beyond the pale of scholarship, taking the half visible imagery of Fragment 119, for example, and, using the multiple possibilities for what the torn words might have been in their wholeness, making such a poem as:

In yellow frock and yellow shawl,
Stole of topaz and peach-flower hat
Knit in your hair like a ring of stars,
In crocus sash and mulberry vest,
Sandals red as amber wine,
You stand in the orchard as
Delicate as the flowering trees.

This is assuredly not Sappho nor an accepted mode of translation, but it is (or might be, if the guesswork has been lucky) an example of her imagery, much as one displays in a museum ornaments of Mycenaean gold without knowing what they are or how they were articulated in their day.

Next to Davenport’s conjecture, Anne Carson’s rendering in If Not, Winter: Fragments of Sappho (2002) is humdrum, merely utile, summoning up the cliché’d sumptuous:

Those discords,
I don’t think,
Will reach the sky.

A minor syntactic knot. A note reads, succinctly: “The Greek is not clear.” Carson—who notes how “Herodian’s citation of this sentence in his treatise On Anomalous Words ends with some letters no longer legible that may be something like ‘with my two arms’”—does away with discord entirely. She writes:

I would not think to touch the sky with two arms

Against a sense of strife belaboring its own result, or of simple mounting tension (in Davenport), a sense of casual wonder, easy integrity. I am reminded of how Davenport quotes lines out of Gertrude Stein’s “A Sonatina Followed by Another” (claiming for the Stein excerpt, in spite of its being “protected by a deliberate jauntiness,” a similar Sapphic surety of innocence and clarity of means, a “wide-eyed ‘love of all delicate things’”):

I caught sight of a splendid Misses. She had handkerchiefs and kisses. She had eyes and yellow shoes she had everything to choose and she chose me. In passing through France she wore a Chinese hat and so did I. In looking at the sun she read a map and so did I. . . . In loving the blue sea she had a pain. And so did I. In loving me she of necessity thought first. And so did I. How prettily we swim. Not in water. Not on land. But in love. How often do we need trees and hills. Not often. And how often do we need mountains. Not very often.

(Suppressed guffaw at Stein’s straight-facedly avowing “In loving me she of necessity thought first”—with its ingeniously ego-tendered double entendre “And so did I.” Suppressed wonder at Davenport’s elision of the lines “In eating fish and pork she just grew fat. And so did I”—unbefitting the handed-down concept of the slender grace and velleity of Sappho . . .)

Davenport supposes a nuptial scenario (with a note reading “The butler guards the bridal chamber; the song would seem to be for the shivaree that went on all night after a wedding”):

Beyond mere “deliberate jauntiness,” I’d reckon, and approaching the “padded and bad” . . . See something like J. M. Edmonds’s fustian (prose) version of what Davenport calls Fragment 119, found in a 1909 issue of The Classical Review:

‘. . . Sappho, I swear, if thou come not forth I will love thee no more. O rise and shine upon us, and from thy bed set free thy beloved strength, and then with water by the bank, like the lily that dwells in the marsh, hold aloof thy Chian robe and wash thee. And Cleïs for thy adorning shall cast down from thy press saffron smock and purple robe. . . .’