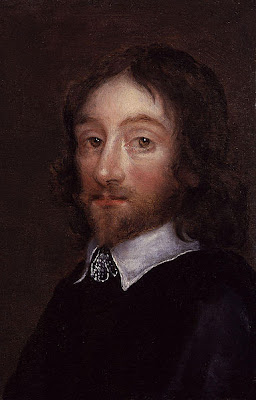 I shall not neede (like the most part of Writers) to celebrate the Subiect which I deliuer. In that point I am at ease. . . . I will therefore spend this Preface, rather about those, from whom I haue gathered my knowledge. For I am but a gatherer and disposer of other mens stuffe, at my best value.
—Henry Wotton, The Elements of Architecture (1624)

Omne ignotum pro magnifico. A dunghill at a distance sometimes smells like musk, and a dead dog like elder-flowers.

Plagiarists are always suspicious of being stolen from,—as pickpockets are observed commonly to walk with their hands in their breeches’ pockets.
—Samuel Taylor Coleridge, Table Talk (4 January 1823)

As apothecaries we make new mixtures every day, pour out of one vessel into another; and as those old Romans robbed all the cities of the world, to set out their bad-sited Rome, we skim off the cream of other men’s wits, pick the choice flowers of their tilled gardens to set out our own sterile plots. Castrant alios ut libros suos per se graciles alieno adipe suffarciant (so Jovius inveighs.) They lard their lean books with the fat of others’ works. Ineruditi fures, &c. A fault that every writer finds, as I do now, and yet faulty themselves, . . . they pilfer out of old writers to stuff up their new comments, scrape Ennius dung-hills, and out of Democritus’ pit, as I have done. By which it comes to pass, that not only libraries and shops are full of our putrid papers, but every close-stool and jakes, Scribunt carmina quae legunt cacantes; they serve to put under pies, to lap spice in and keep roast-meat from burning.
—Robert Burton, The Anatomy of Melancholy (1621)

He steals by this apology,—that what he takes has no worth where he finds it, and the greatest where he leaves it. It has come to be practically a sort of rule in literature, that a man, having once shown himself capable of original writing, is entitled thenceforth to steal from the writings of others at discretion. Thought is the property of him who can entertain it; and of him who can adequately place it. A certain awkwardness marks the use of borrowed thoughts; but, as soon as we have learned what to do with them, they become our own.           —Ralph Waldo Emerson, “Shakespeare or, The Poet,” Representative Men (1850)

Dr. Johnson censures the exploded diction of Browne and of Milton; the diction of Dr. Johnson is more exploded than theirs. In almost every age, when a people have become readers, there are two schools of composition;—the one closely resembling the language commonly spoken; the other constructed upon the principle, that what is written should be something nobler or lovelier than what is spoken; that fine writing ought not so much literally to resemble, as spiritually to idealize good talking;—that the art of composition, like every other art, when carried to its highest degree, is not the representation, but, as Browne expresses it, “the perfection of nature;”—and that as music to sound, so is composition to language. A great writer of either school reaches the same shore, and must pass over the same stream; but the one is contented with the ferry, the other builds up a bridge—one goes along the stream, the other above it. Of these two schools of composition, the Eloquent and the Familiar, the last, often lightly esteemed in its time, and rather commanding a wide than a reverent audience, passes with little change and little diminution of popularity, from generation to generation. But the first stands aloof—the edifice of its age—copied not for ordinary uses, however well formed by scholars in exact and harmonious symmetry. Royal, but unprolific, it is a monarch without a dynasty. It commands, is obeyed, adored—dies, and leaves no heir. Gibbon and Junius are imitated but by schoolboys and correspondents to provincial newspapers; but the homely Locke, the natural Defoe, the familiar Swift, the robust, if boorish manliness of Cobbett, leave their successors; and find (perhaps unconsciously) their imitators, as long as the language lasts. This is no detraction from the immortality of greater and more imaginative minds. It is the characteristic of their immortality, that though they inspire, they are not copied—mediately or immediately: the spirit of Milton has had its influence on almost every great poet that has succeeded him—but poetasters alone have mimicked the machinery of his verse. He who has really caught the mantle of the prophet, is the last man to imitate his walk.
—Edward Bulwer Lytton, “Sir Thomas Browne” (Edinburgh Review, 1836)

Scrounging, unprovendered, prevaricating (none be so fastidious as the empty-handed). One thinks of James McNeill Whistler’s laugh-lashing retort to Oscar Wilde’s pout complaint of “I wish I had said that”: “You will, Oscar, you will.” Butterfly with a long stinger of a tail. (Poe: “To disguise his stolen horse, the uneducated thief cuts off the tail; but the educated thief prefers tying on a new tail at the end of the old one, and painting them both sky blue.”) Truth is, I random of late in spare and beleaguering woodlots: sizeable downed limbs roughly nowhere. Is Sir Thomas Browne’s “Art is the perfection of nature” romp a rump source for William Carlos Williams’s “the perfection of new forms as additions to nature”? Browne, out of Religio Medici (1643):

There is no deformity but in monstrosity, wherein notwithstanding there is a kind of beauty, Nature so ingeniously contriving the irregular parts, as they become sometimes more remarkable than the principall Fabrick. To speake yet more narrowly, there was never any thing ugly, or mis-shapen, but the Chaos; wherein notwithstanding to speake strictly, there was no deformity, because no forme, nor was it yet impregnate by the voyce of God: Now nature is not at variance with art, nor art with nature; they being both the servants of his providence: Art is the perfection of Nature.