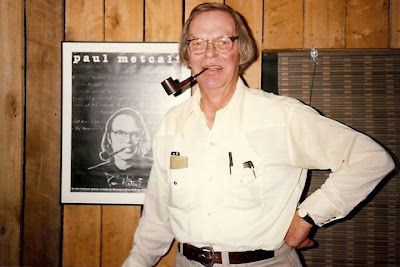 The morning arrives up out of slumberous inertia with a line, reptilian, cold, just beginning its motility, writhe and ease, something about “words bombarding the vasty fastnesses of interior space”—that’s how I reconstruct it, what’s left of a drowsy inflappability. Adorno, in Aesthetic Theory: “Works of art do not say what their words say.” Melville, in Pierre: or, The Ambiguities (1852):

Pierre, though charged with the fire of all divineness, his containing thing was made of clay. Ah, muskets the gods have made to carry infinite combustions, and yet made them of clay!
Save me from being bound to Truth . . . as I am now. How shall I steal yet further into Pierre, and show how this heavenly fire was helped to be contained in him, by mere contingent things, and things that he knew not. But I shall follow the endless, winding way,—the flowing river in the cave of man; careless whither I be led, reckless where I land.

(Metcalf: “I couldn’t approach what I wanted to do other than be indirection.”) (Akin, too, to Dickinson’s famous “tell it slant— / Success in Circuit lies . . .”) And we be tall walking containers of merest contiguities and contingencies, whatever lies to hand, those “words bombarding . . .” Metcalf cobbling up a fury of works out of reading, recklessly leaving bare the fact of the myriad borrowing, whereas Melville’d deftly “adapted”—hid—the borrowed material in Typee (1846).

Two final blocks out of Metcalf. Out of Golden Delicious (1985):

A tornado was whirling across the prairie
We had rain in the valley accompanied with lightning,
also hail and snow on the mountains. A snow storm
in the middle of June is not very comfortable.
It was dark by this time & the wind blew a perfect herricane, whirled the tents topsie tervy and the fire Came in flames & Sparks filling the whole heavens.
This being out in the night guarding a herd of wild
cattle the rains pouring down is no fun.
Even if you are in serch of gold.
wind shakes wagon so much I cannot write.
After the tornadow has passed clouds of Grasshoppers
fell from the sky which had been drawn up
from the surface of the Whirlwind.

Wolves howled, musquitos pretty plenty.        They were as thick as they could fly decentley.        forty bushels to the acre        the muschetoes and knats were very annoying to the Horses.        The musquitoes here are more ferociously savage and blood-thirsty than those in a civilized country.        they bite as if they had never seen a human being before.        They took right hold without giving any warning at all.        The mosquitoes here have been lied about. None are as large as turkeys; the biggest one I ever saw was no bigger than a crow.

and this narrow road continues about a mile and a half . . .

Hazards of landscape, the monstrous, the endlessness of human slaughter. And out of Mountaineers Are Always Free! (1991):

A group of miners, trapped for days following an explosion, ran out of water, and took to drinking their own urine. “It gagged me, you know.” “It came up at first.” “Your mouth gets so dry and you rinse your mouth out—quite bitter. Well, you just force yourself; you got to take it.” “You rinse your mouth several times first, and then eventually you would take a little swallow, and after a while it wasn’t as bad as you thought it was.” It was “improvised water.” “Eventually I drank as much as I wanted.” “One fellow down there—I thought he was drinking beer. He seemed to be at the can all the time.” The men referred to it as “lime rickey.”

To handle snakes without being bitten is to have “perfect victory” over them. “When you are in the anointing, you are perfect.”

“It’s tremendous. It came over me in such a fantastic way. I felt it through my whole body. I just went plumb out in under the power. . . . God was telling me to take up the serpent.” “I feel kind of warm all over, like a warm covering.” “ . . . it was like a heavy warm rain coming down upon him.” “You just feel like it. A tingling-like. All over my body. My hands feel numb-like. Sometimes I’ve had them to just draw up, to draw up because of more anointing.”

“God pours it out so fast that I’m doing it before I have time to say, ‘Should I or shouldn’t I?’ Whenever you have time to let your mind do any thinking, you don’t have the strongest anointing.”

The human body, its own monstrous malleability, its sudden autonomous removals. And Adorno, out of “Theses upon Art and Religion Today” (1945):

Every work of art still bears the imprint of its magical origin. We may even concede that, if the magic element should be extirpated from art altogether, the decline of art itself will have been reached . . . . This magic character cannot be conjured up by the desire to keep the flame alive. The actual relationship may be expressed paradoxically. Artistic production cannot escape the universal tendency of Enlightenment—of progressive domination of nature. Throughout the course of history the artist becomes more and more consciously and freely the master of his material and his forms and thus works against the magic spell of his own product. But it is only his incessant endeavor towards achieving this conscious control and constructive power, only the attack of artistic autonomy on the magic element from which this selfsame element draws the strength to survive and to make itself felt in new and more adequate forms. The powers of rational construction brought to bear upon this irrational element seem to increase its inner resistance rather than to eliminate it . . . Thus the only possible way to save the “spell” of art is the denial of this spell by itself.

For Adorno that denial “by itself” is to be found—not by those “who prate about the irrationality and inspiration of their products”—but by “those who think most severely and intransigently in terms of technical consistency.” As if, by couching the terms of the denial in rigorous language, one sunders the pervading rationality of the approach. The purely constructivist mode of Metcalf, par contre, seems strictly “in the anointing.”
Posted by John Latta at 7:28 AM