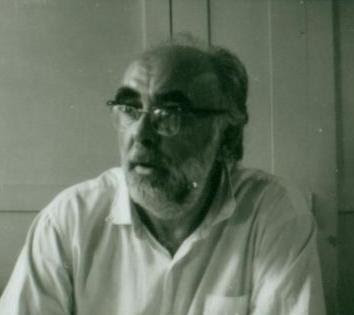 “Mock not the poniarded heart”—some chide of Melville’s (Pierre) prefaced by an exclamatory and hardly ironic “Oh!” Tentative and awash in the dew-hampered dawn, a few warblers making buzzy declarations, invisibly in the too-leafy canopy. Three statements, hazarded together. Out of Evan S. Connell, Jr.’s Notes from a Bottle Found on the Beach at Carmel (1962), that collage of self-subsuming historical bracings:

Someone has said that on the 15th day of August
a boy in a Japanese city deliberately burned to ashes
the one thing that had not been taken from him,
which was a schoolbook he found while sifting the ruins
of his father’s home. In this book were several poems,
and exercises in the art of reading. No one thus far
has explained his act. But is it not clear to everyone?
The boy had perceived the absurdity of such things.

. . . poetry is not anthropology, and poetry’s not philosophy, and poetry is not logic—It may ransack any of their occasions, but what it spreads is a ground of possible engendering of meaning—of creation, of a creation, in itself—in a language that we use in most of its occasions, and for a—under a whole set of other disciplines. And in its main drive it makes us feel presences because typically it follows a rhythm, or it follows—and it follows sound. It may—rhyme almost, mostly means: do we rhyme at the end of the line—even now, when people think of eschewing rhyme. But the most important thing of rhyme is a feeling of a measure and a measure that’s different from speech and creates what Aristotle found in Parmenides—a sort of hypnagogic state—so he disqualified it as philosophy. And Pound himself unable to focus on what it was saying, because it was in a kind of hypnotized state. But my point would be that poetry certainly is what we feel—what we begin to feel—and then how we think, and then how we even philosophize or anything else—when the primary ground of it is—must be—the changes taking place in our own bodies when we are moved out of the rhythms of our speech and excited by a music moving through the language.

And, out of Ralph Maud’s curio* Charles Olson at the Harbor (2008), Olson’s savvy (and sassy) reply to a query by Richard Wirtz Emerson of Golden Goose Press (Olson writing to Frances Boldereff—7 July 1950—calls Emerson’s prompts “the craziest goddamn things your every saw” and opines, of such culling of personal writerly particulars: “all that crap is calculated to distract attention from the JOB DONE.” Maud suggests that Olson’s “trying to arrest the whole process of turning poets into well-behaved marketable personalities . . .”):

I. What is the mental and physical condition most conducive to writing a poem?

Who the hell cares? Sd Fred the Grrrrreat: every man must save himself as best he can.

II. From your own experience, what wd you say about the age (years) most conducive to writing poetry?

Haven’t the faintest idea. The question is an altogether different one: WHEN you have anything to SAY. Take a good squint at one, Arthur Rimbaud. And get on with it brl, get on with it.

III. Does poetry come from mental and / or spiritual happiness or unhappiness (discontent, frustration, etc)?

God help us. Just stay sane. But not like Goethe, o, no, NOT at such a price. Better be Holderlin (or Christopher Smart), if that’s what you have to pay. Anyhow, avoid all such nonsense of dad a de da. You will, anyway, if you’re putting it out. And for the rest, anybody else? Let it go Hugo, “l’humanite, c’est l’infirmite.”

IV. Is a first draft final—or are there revisions and repairing, etc.—if so, how much?—the business of a poem not being finished but abandoned.

Nobody’s g.d. business. Not how, or who made it, but WHAT IS IT, when it’s staring you right in the puss.

V. By its nature, is the writing of a poem spontaneous or premeditated (a poem born or made—do you “sit down and write a poem”)?

Letz us put it zis way:
“Iz it a poem     Or was it shited out”
And behave accordingly, writer or reader.
Thank you.

* What Maud labels a “biography” is a lengthy point-by-point rebuttal of seemingly any and all perceived Olson-slight found in Tom Clark’s 1991 Charles Olson: The Allegory of a Poet’s Life. He “doth protest too much, methinks”—if one finished Clark’s biography with a sense of there being something of the spoiled brat about Olson, Maud’s own rather un-nuanced and nigh-total defense of Olson (and damning of Clark) results in a false sense of Olson’s following being made up of obsequious flatters, company men . . . One suspects what’s needed is a new biography writ with some critical distance.