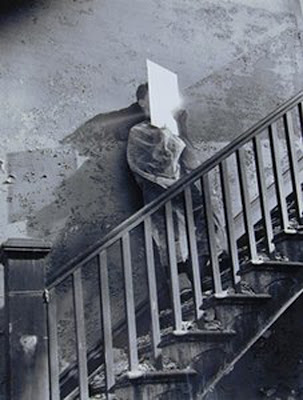 Oddly interrupted week, its tethers and commandments. The cold sun, custard-colored, drills its way into the room only to find it empty. (“Dear Professor James, I am sorry but really I do not feel a bit like an examination paper in philosophy today.” Gertrude Stein, naturally.) Or, in a demeanor of glut and “numerosity,” there’s the other James, out of The American Scene:

It is more than a comfort to him, truly, in all the conditions, this accepted vision of the too-defiant scale of numerosity and quantity—the effect of which is so to multiply the possibilities, so to open, by the million, contingent doors and windows: he rests in it at last as an absolute luxury, converting it even into a substitute, into the constant substitute, for many luxuries that are absent. He doesn’t know, he can’t say, before the facts, and he doesn’t even want to know or to say; the facts themselves loom, before the understanding, in too large a mass for a mere mouthful: it is as if the syllables were too numerous to make a legible word. The illegible word, accordingly, the great inscrutable answer to questions, hangs in the vast American sky, to his imagination, as something fantastic and abracadabrant, belonging to no known language, and it is under this convenient ensign that he travels and considers and contemplates; and to the best of his ability, enjoys. The interesting point, in the connection, is moreover that this particular effect of the scale of things is the only effect that, throughout the land, is not directly adverse to joy. 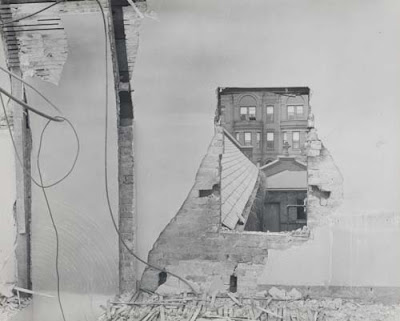 Clarence John Laughlin, “The Head in the Wall,” 1945
(“I feel convinced that whole new worlds lie about us, sheathed in what we call the ‘commonplaceness’ of reality.”) 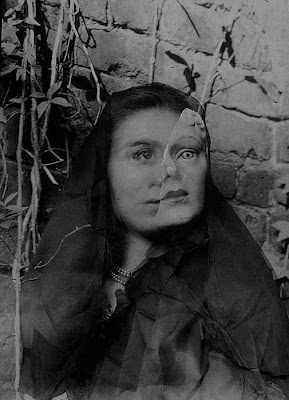 Clarence John Laughlin, “The Masks Grow to Us,” 1947
(Jonathan Williams: “He is the Master of Ignored Ghastliness, of the Eldritch, the Psychopompous, the Metamorphic, the Mephitic, the Fearsome, and now and then of Trumpery and the Fulsome.”)