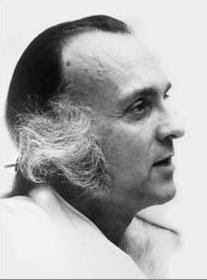 Robert Duncan (The H.D. Book) quoting Williams quoting Stevens: “‘One has to keep looking for poetry as Renoir looked for colors,’ Stevens writes to Williams after Al Que Quiere in 1920, ‘in old walls, wood-work and so on. Your place is

—among children
Leaping around a dead dog.’”

Part of Duncan’s insistence that Stevens remains “within the rational imagination” (as opposed to the Poundian “generative imagination” Duncan credits H. D., Williams, and Pound himself with, those who “saw literature as a text of the soul in its search for fulfillment in life and took the imagination as a primary instinctual authority.”) Stevens’s original letter unfound, one turns to Williams’s lengthy excerpting of it in Kora In Hell: Improvisations. It follows a somewhat confused argument Williams makes for “the inventive imagination” (Williams veers between “The attention has been held too rigid on the one plane instead of following a more flexible, jagged resort. It is to loosen the attention, my attention since I occupy part of the field, that I write these improvisations” and “. . . the thing that stands eternally in the way of really good writing is always one: the virtual impossibility of lifting to the imagination those things which lie under the direct scrutiny of the senses, close to the nose”). Regarding Stevens’s letter, Williams reports: “It begins with a postscript in the upper left hand corner: ‘I think, after all, I should rather send this than not, although it is quarrelsomely full of my own ideas of discipline.’” The letter is dated only “April 9”:

My dear Williams:
.     .     .     .     .     .     .
What strikes me most about the poems themselves is their casual character. . . . Personally I have a distaste for miscellany. It is one of the reasons I do not bother about a book myself. . . .
. . . My idea is that in order to carry a thing to the extreme necessity to convey it one has to stick to it; . . . Given a fixed point of view, realistic, imagistic or what you will, everything adjusts itself to that point of view; and the process of adjustment is a world in flux, as it should be for a poet. But to fidget with points of view leads always to new beginnings and incessant new beginnings lead to sterility.
(This sounds like Sir Roger de Coverley)
A single manner or mood thoroughly matured and exploited is that fresh thing . . . etc.
One has to keep looking for poetry as Renoir looked for colors in old walls, wood-work and so on.
Your place is
—among children
Leaping around a dead dog.
A book of that would feed the hungry . . .
Well a book of poems is a damned serious affair.
I am only objecting that a book that contains your particular quality should contain anything else and suggesting that if the quality were carried to a communicable extreme, in intensity and volume, etc. . . . I see it all over the book, in your landscapes and portraits, but dissipated and obscured. Bouquets for brides and Spencerian compliments for poets . . . There are a very few men who have anything native in them or for whose work I’d give a Bolshevik ruble. . . . But I think your tantrums not half mad enough.

Odd argument: who’s madder, one singularly besieged by some scourge of a focus unremitting, or one ever-fidgety and enamored by a series of flounces? (Madder music: is that the history of poesy? One thinks of currently obvious attempts to outdo all other odds by sheer freak-reaching and eccentricity . . .) Somewhere in The H. D. Book Duncan opposes Williams’s (and Pound’s) modes of “the bold-face emphatic, the rant, the caricature of voice, the contentious mode” to Stevens’s (and Eliot’s) refusals of “such disturbances of mode” (“They preserve throughout a melodious poetic respectability, eminently sane in their restriction of poetic meaning to the bounds of the literary, of symbol and metaphor, but at the cost of avoiding facts and ideas that might disturb.”) Isn’t Stevens capable of a blurts of unearthly music and radical silliness (I think offhandedly of a phrase like “Castratos of moon-mash” in “Men Made Out of Words”)? What of the mounting hysteria in something like “The Well Dressed Man with a Beard”?

After the final no there comes a yes
And on that yes the future world depends.
No was the night. Yes is this present sun.
If the rejected things, the things denied,
Slid over the western cataract, yet one,
One only, one thing that was firm, even
No greater than a cricket’s horn, no more
Than a thought to be rehearsed all day, a speech
Of the self that must sustain itself on speech,
One thing remaining, infallible, would be
Enough. Ah! douce campagna of that thing!
Ah! douce campagna, honey in the heart,
Green in the body, out of a petty phrase,
Out of a thing believed, a thing affirmed:
The form on the pillow humming while one sleeps,
The aureole above the humming house . . .

It can never be satisfied, the mind, never.

Stevens’s “the process of adjustment is a world in flux” recalls Duncan’s own early response to H.D.’s “Fruit cannot drop / through this thick air . . .”:

I felt I must be, the world must be, something more various and full, having more of flux and experience than the immediate terms of achievement around me disclosed. Let me not come into my fulfillment until the end of all things, so the soul secretly resolved.

Duncan’s sudden canny apprehending of how the poem “had something to do with keeping open and unfulfilled the urgencies of life.” (I think again of “Men Made Out of Words”: “The human // Revery is a solitude, in which / We compose these propositions, torn by dreams, // By the terrible incantations of defeats / And by the fear that defeats and dreams are one. // The whole race is a poet that writes down / The eccentric propositions of its fate.”