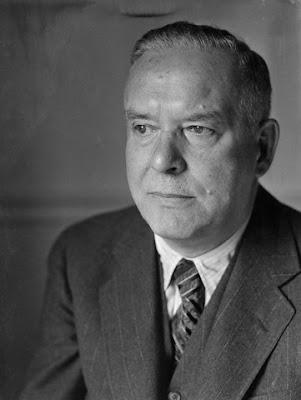 To love the plangent turbulences of half-sleep and fatigue, to seemingly mar the defiant status quo with the common recklessness of reverie. The audacity of that preternatural gust, wholly unbelabored, of endless changeables. Wallace Stevens’s “the intricate evasions of as.” See “An Ordinary Evening in New Haven”:

This endlessly elaborating poem
Displays the theory of poetry,
As the life of poetry. A more severe,

More harassing master would extemporize
Subtler, more urgent proof that the theory
Of poetry is the theory of life,

As it is, in the intricate evasions of as,
In things seen and unseen, created from nothingness,
The heavens, the hells, the worlds, the longed-for lands.

(Or, too, see the unyielding deferrals of the opening’s intrepid “and yet, and yet, and yet”—“The eye’s plain version is a thing apart, / The vulgate of experience. Of this, / A few words, an and yet, and yet, and yet— / As part of the never-ending meditation . . .”) And yet: Stevens cautions against makings out of “nothingness”—oracular heavings into the brunt. In a letter to Leonard C. van Geyzal (16 May 1945), after admitting that “the words ‘concupiscent curds’ have no genealogy,” he insists: “If poetry is limited to the vaticinations of the imagination, it soon becomes worthless. The cognitive element involves the consciousness of reality.” For an inviolable sense of Stevens comme “goner for the actual”—note the lines out of a letter to Thomas McGreevy (25 August 1948): “Only recently I was reading of a public motor bus in Ireland and what mattered to me was the color of the paint on it, the fact that there was a good deal of nickel as there is here and that the conductor seemed to know everyone on the run just as conductor do here.” (I think of the possibly apocryphal story of Thomas Pynchon going to Philadelphia expressly to study the color of its brick, the Schuylkill-scooped clay lending a particular rose tint to it . . . *) Later in the McGreevy letter, Stevens provides precise geographical details for McGreevy (“the Schuylkill flows S.E. in Eastern Pennsylvania and empties into the Delaware, I believe at the head of Delaware Bay”). And:

The deep slightly sulphurous blue of its water has been succeeded by piles of coal dust (which are the source of its color) washed down from the coal regions in the Spring floods. The name is Dutch. The Swatara (the name is Indian) is a country steam that empties into the Susquehanna above Harrisburg. It looks a little like the innocent girl from the village who went to town

And alas and alack
When she came back
Her golden hair was hanging down her back.

Stevens’s easy precisions (factual) scuttled by an outburst of music (here, funnily enough, actual music, and appropriated—Stevens’s the chronic collector of notes “sur plusieurs beaux subjects,” superfluousness itself concomitant to making a life . . .) Pertinent to Stevens’s severe groundedness in the actual (and how routinely and recklessly Stevens dumps whatever ballast keeps him there)—in Stevens’s beaux-subjected commonplace book, he quotes lines out of a review of a Cézanne exhibit: “It is Cézanne’s peculiar determination to pin down his sensation, and the exactness and intensity of notation resulting from this, that make Cézanne preeminent . . .” A few sentences later: “With Cézanne integrity was the thing, and integrity never allowed him to become fixed at any one point in his development, but sent him onward toward new discoveries of technique, new realisations of the motive.” Integrity that cannot be, itself, pinned down. “Intricate evasions of as,” indeed.

* While I seem to recall a line in Pynchon about the color of Philadelphia brick houses, I cannot locate it. In Mason & Dixon (1997), I find (towards the beginning, c. 1786 “the War settl’d and the Nation bickering itself into Fragments”):

Snow lies upon all Philadelphia, from River to River, whose further shores have so vanish’d behind curtains of ice-fog that the City today might be an Isle upon an Ocean. Ponds and Creeks are frozen over, and the Trees a-glare to the last slightest Twig,— Nerve-Lines of concentrated Light. Hammers and Saws have fallen still, bricks lie in snowcover’d Heaps, City-Sparrows, in speckl’d Outbursts, hop in and out of what Shelter there may be,— the nightward Sky, Clouds blown to Chalk-smears, stretches above the Northern Liberties, Spring Garden and Germantown, its early moon pale as the Snow-Drifts,— smoke ascends from Chimney-Pots, Sledging-Parties adjourn indoors, Taverns bustle,— freshly infus’d Coffee flows ev’ryplace, borne about thro’ Rooms front and back, whilst Madeira, which has ever fuel’d Association in these Parts, is deploy’d nowadays like an ancient Elixir upon the seething Pot of Politics,— for the Times are as impossible to calculate, this Advent, as the Distance to a Star.

That for the sheer pleasure of its “All ages are contemporaneous” insolence, the “Nerve-Lines of concentrated Light” mimicking that ingathering of historical effluents . . .