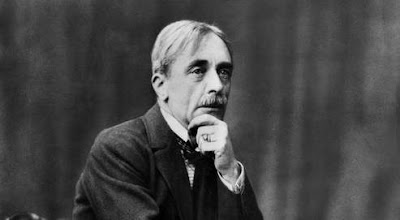 Unrelentingly, the days pour down out of the sky’s enormous ewer, ormolu’d by the sun. Oh, yeah. Days of nausea-inducing regularity, and cups. (Gratuitous insert out of Macbeth—“Two truths are told, / As happy prologues to the swelling act / Of the imperial theme”—though prospects for theme-waxing look dim and the imperium’s caustic bloat rankles its citizenry . . .) How I love—against each conspicuous lurch of the evident, or the summary—to repeat Paul Valéry’s Je suis l’instable. It is a way of “making do.” Valéry, too, says: “Literature is the instrument neither of a whole thought nor of an organized thought.” Rather too cannily put, the most apt and lively paradox liable to turn to bromide. Compare Anselm Berrigan’s wonderful lines about walking through a former neighborhood and

feeling as if
some gnawing vitality
is sheathed in plexiglas
around me, and there’s
the possibility of seeing
some neon reflecting
off the sheaths that
have a passing contour
similar to dust on a
contact lens mixing with
bastardized specks of light
pretending to signal an
acid recidivism, but that’s
about as far as it gets, “it”
being my impulse to be
in some state of intensity
or drive that’s rarely ever
been a true encasement
for my measure.

Out of Notes from Irrelevance (Wave Books, 2011). Isn’t Berrigan’s jaunty and only quasi-tongue-in-cheek report of “inhaling a little deep / ash in order to faze / the process of clipping / sentences from my latest / variation on retuning / the old consciousness” kin to Valéry’s insisting on continual flux and variance, a poetry without ceasing? Valéry:

The habit of long labor at poetry has accustomed me to consider all speech and all writing as work in progress that can always be taken up again and altered; and I consider work itself as having its own value, generally much superior to that which the crowd attaches only to the product. . . .
A work is never necessarily finished, for he who made it is never complete, and the power and agility he has drawn from it confer on him just the power to improve it, and so on . . . He draws from it what is needed to efface and remake it. This is how a free artist, at least, should regard things. And he ends by considering as satisfactory only those works which have taught him something more.

And, too (did A. R. Ammons, who decreed a poem ought “keep himself stupid” read Valéry?): “Stupidity and poetry. There are subtle relations between these two categories. The category of stupidity and that of poetry.”