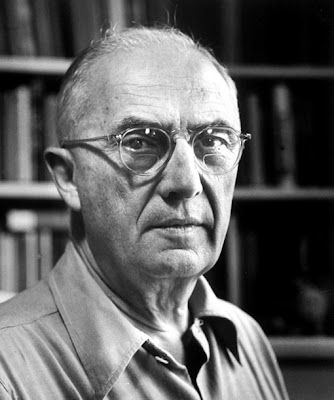 
In the Williams number of Perspective (1953) is notice of “two new books by William Carlos Williams in 1954”:

Mr. Williams has just signed a contract with Random House to print a 50-page book of his latest poems. This book is scheduled for early next year.
Next summer a volume of his collected prose will be published. Its probable title: “Essays, Addresses, Criticism, Reviews—The Shorter Prose Pieces of W.C.W.”

A Note on Poetry

The American writer, insofar as he is child of the Anglo Saxon tradition, uses a language which stems largely from Elizabethan England but which has been modified by time and the accidents of place to acquire a character differing greatly from that of present day english. For the appreciation of American poetry it is necessary that the English reader accept this language difference from the beginning.
Its effects are discernible in many ways. Pace is one of the most important of its manifestations. This is particularly significant in versification since it is the direct forerunner of poetic form. It is by paying attention to the character of the spoken language that form is detected in its beginnings and later refined for exact use.
By listening to the language of his locality the poet begins to learn his craft. It is his function to lift, by use of his imagination and the language he hears, the material conditions and appearances of his environment to the sphere of the intelligence where they will have new currency. Thus anything that the poet can effectively lift from its dull bed by force of the imagination becomes his material. Anything. The commonplace, the tawdry, the sordid all have their poetic uses if the imagination can lighten them. This broadening of the choice in the materials of poetry has great modern significance; there is an older parallel to it in painting, where by dwelling upon light itself the artist has often drawn many otherwise unsightly objects into his works.
Emotion clusters about common things, the pathetic often stimulates the imagination to new patterns—but the job of the poet is to use language effectively, his own language, the only language which is to him authentic. In my own work it has always sufficed that the object of my attention be presented without further comment. This in general might be termed the objective method. But all art is sensual and poetry particularly so. It is directly, that is, of the senses, and since the senses do not exist without an object for their employment all art is necessarily objective. It doesn’t declaim or explain; it presents.
But an image is not a poem, for that would leave the language and the form of the poem at loose ends. A poem is a whole, an object in itself, a ‘word’ with a particular meaning old or new. The whole poem, image and form, that is, constitutes a single meaning. This is the full meaning of the term ‘objective’ as I employ it.
Times change and forms and their meanings alter. Thus new poems are necessary. Their forms must be discovered in the spoken, the living language of their day, or old forms, embodying exploded concepts, will tyrannize over the imagination, depriving us of its greatest benefits. In the forms of new poems will lie embedded the essences of future enlightenment.

Accompanied by the poems “Peace on Earth,” “The Bull,” “The Red Wheelbarrow,” “The Sea-Elephant,” “Rain,” “The Botticellian Trees,” “Nantucket,” “The Red Lily,” “This Is Just to Say,” “The Yachts,” and “Fine Work with Pitch and Copper.”