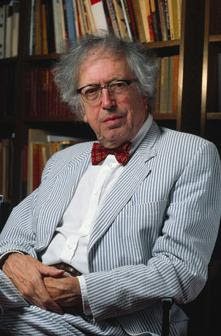 Shreds of fog low to the ground. The weekend’s snow in messy retreat. A distinct sense of “nothing to say.” Or “nothing left to say.” The overweening high timbrel of the thinking helmet busted off. (Gavin Douglas’s Aeneid: “The portratour of armes was mysknaw, / All war bot Grekis tymbrallis at thai saw.”) Took by Kay Boyle’s remark c. 1932 concerning form, its lack. Reported by Williams in a letter to Boyle:

You say: “Some kind of poetic form has to be found or I’ll go crazy. I can’t go on taking what you (and others) make possible and beautiful. I think I’ve got lots to say in poetry and no, no, no form. Lousy—loose—no punch—no shape—no agony of line like the back-side or a lovely thigh or whatnot.”

Williams’s initial reply: “Precisely.” With, somewhat predictably, renewed call for a turn toward speech: “there can no longer be serious work in poetry written in ‘poetic’ diction. It is a contortion of speech to conform to a rigidity of line. It is in the newness of a live speech that the new line exists undiscovered. To go back is to deny the first opportunity for invention which exists. Speech is the fountain of the line into which the pollutions of a poetic manner and inverted phrasing should never again be permitted to drain.”

Stasis and fallowness eighty years down the road. (Or, say, forty years along, measuring off the exceedingly contra-Williams oomph of Robert Grenier’s 1971 “I HATE SPEECH” declaration, breach-mark of what adherents love to call “the turn to language”—mannerist sclerosis in the making . . .) My sense of form in the current period: oddly, a thing hardly considered, viewed as inapplicable, hardly a cumbrance or a concern, simply a non-issue. The available mish-mash—organic form’s slovenly offspring stepping out with the gauds and baubles of worn-out New Sentence accessories—that’ll do. (That’ll have to do.) Lack of formal investigatory means or desires. Form second fiddling to content: replaced by evacuatory gush dependent on mere excess, replete with a newly codified abject. Isn’t there every sign of a mostly form-vacuous neo-confessionalism at work un peu partout? See, say, Ariana Reines’s tawdry narcissisms.

Williams, out of The Great American Novel (1923), that irascible and undainty spoof, earnest in its spoofing:

Bah. Words are words. Fog of words. The car runs through it. The words take up the smell of the car. Petrol. Face powder, arm pits, food-grease in the hair, foul breath, clean musk. Words. Words cannot progress. There cannot be a novel. Break the words. Words are indivisible crystals. One cannot break them—Awu tsst grang splith gra pragh og bm—Yes, one can break them. One can make words. Progress? If I make a word I make myself into a word. Such is progress. I shall make myself into a word. One big word. One big union. Such is progress. It is a novel. I begin small and make myself into a big splurging word: I take life and make it into one big blurb. I begin at my childhood. I begin at the beginning and make one big–Bah.

Geoffrey Grigson, in a 1952 review in Poetry, called Williams’s work “poetry of the incessant ticker-tape.” (One wonders if Philip Whalen’s formulation of the poem as a “picture or graph of the mind moving” or as “A continuous fabric (nerve movie?) exactly as wide as these lines” owes anything to Grigson’s offhand metaphor?) Williams himself, writing to Kenneth Burke (in a letter marked “Rome, March 26, 1924”), admits (and protests): “Yes, my Gr. Amer. Novel never found a beginning. It was that I must have wanted to say. And that’s how you get me, one of the ones with that in him that I am after. It’s got to be said to be read. I am trying to speak. To tell it in the only way possible, but I do want to say what there is. It is not for me merely to arrange things prettily. Oh purple anemones! (you get what I mean? I mean ‘Shit.’ But I’m through with that now. No more “shits.” It is dead, that kind of slang.)”

Williams’s enormous doubt, and doubt’s vacillatory burdensomeness. Hugh Kenner—in 1953, in “A Note on ‘The Great American Novel’”—notes how “the American language, or the part of it that interests Williams, is distinguished by a sort of amnesia:

Though their colloquial vocabularies are restricted, their syntax simple, and their speech-rhythms the reverse of Ciceronian, Americans don’t utter a gelatinous Basic English. They have rhythmic and idiomatic means of concentrating meaning in these counters, shifting the burden of the sentence with a certain laconic grace from word to word, which falsifies the unthinking novelist’s assumption that the way to extract the unuttered meanings of American experience is to assist these pidgin gropings with the fuller cadences of European prose. European prose, when it attempts to grapple with American material, yields nothing but suave cliché.

Kenner quotes the “European voice” at the beginning of Chapter XI:

Kenner’s argument: “This mind”—the European one—“thinks in phrases, not in words: the upward lilt between its punctuation marks is the signature of a habit of apprehension shaped by Latin prose. A European would have imparted a more elegant rhythm to the answering sentence, which comes with Williams’ own unmistakable flatness: As far as I have gone it is accurate.”

Small fogs in retreat. “Pretense to integrity an empty shell.” Bah. A cur’s defiant intent (“nothing to say”) to avoid, at least, inaccuracy.