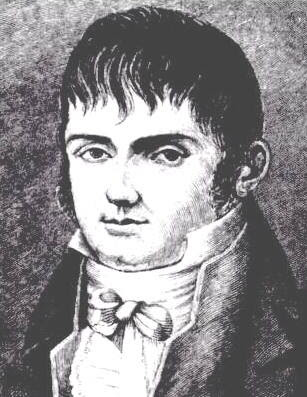 Two days of conducting myself out and back across the snowy reaches like a projectile in the night, sucking down the long skittish and cock-eyed slants of my own lights, their coldly inebriant draughts making reverie itself word-bound and prevaricatory (Williams: “Though the eye / turns inward, the mind / has spread its embrace—in / a wind that / roughs the stiff petals—”). Meaning: unpreparedness, no penny in the slot. So I am stuck here about to deliver myself up to another unconsidered round of what Kenneth Burke somewhere calls “versificationally primping”—that nowhere junket. (Horace Walpole, in a letter dated 28 June 1760, writes to cousin Henry Seymour Conway: “Now you have a whole summer to yourself, and you are as junkettaceous as my lady Northumberland. Pray, what horse-race do you go to next?”) Horse-race after horse-race. One thinks of the rabid and omnidirectional energies of the nineteenth c. naturalist Constantine Samuel Rafinesque. I love the candle-bearing beetle episode reported by John James Audubon. The violin-destroying collecting method. Out of the Ornithological Biography):

It was summer, and the heat was so great that the windows were all open. The light of the candles attracted many insects, among which was observed a large species of Scarabæus. I caught one, and, aware of his inclination to believe only what he should himself see, I shewed him the insect, and assured him it was so strong that it would crawl on the table with the candlestick on its back. “I should like to see the experiment made, Mr. Audubon,” he replied. It was accordingly made, and the insect moved about, dragging its burden so as to make the candlestick change its position as if by magic, until coming upon the edge of the table, it dropped on the floor, took to wing, and made its escape.
When it waxed late, I shewed him to the apartment intended for him during his stay, and endeavoured to render him comfortable, leaving him writing materials in abundance. I was indeed heartily glad to have a naturalist under my roof. We had all retired to rest. Every person I imagined was in deep slumber save myself, when of a sudden I heard a great uproar in the naturalist’s room. I got up, reached the place in a few moments, and opened the door, when, to my astonishment, I saw my guest running about the room naked, holding the handle of my favourite violin, the body of which he had battered to pieces against the walls in attempting to kill the bats which had entered by the open window, probably attracted by the insects flying around his candle. I stood amazed, but he continued jumping and running round and round, until he was fairly exhausted, when he begged me to procure one of the animals for him, as he felt convinced they belonged to “a new species.” Although I was convinced of the contrary, I took up the bow of my demolished Cremona, and administering a smart tap to each of the bats as it came up, soon got specimens enough . . .

By my lights, offertory enough to saddle up (or wing out), and make my escape.