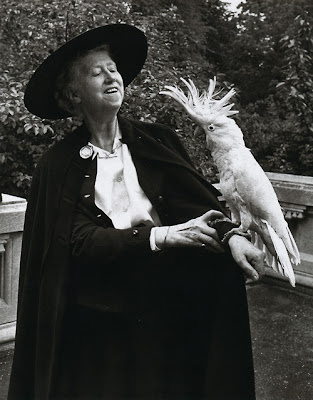 Prevaricatory in the slant fuzzy way of the sleep-boondoggled. Hours expended in the examining of sentence-ry. Marianne Moore, in a nudge against the overtly recherché (“It is true that ‘peculiar style must precede peculiar expression’ and that literary fastidiousness is for the most part, implicit in precise, brilliant thinking”): “Suggesting conversation and strengthened by etymology there is a kind of effortless compactness which precludes ornateness, a ‘fearful felicity,’ in which like the pig in the churn, imagination seems to provide its own propulsiveness.” And, in order to precisely roister the intricacy of such a stance, Moore turns to Sir Thomas Browne’s Religio Medici wherein is promoted a kind of ineffable admirableness of restraint (“There are no Grotesques in Nature”) in the design of “Bees, Ants, and Spiders”: “Ruder heads stand amazed at those prodigious pieces of Nature, Whales, Elephants, Dromidaries and Camels; these, I confess, are the Colossus and majestick pieces of her hand: but in these narrow Engines there is more curious Mathematicks; and the civility of these little Citizens more neatly sets forth Wisdom of their Maker.” Moore’s note recalling William Carlos Williams’s remark (out of the “Introduction” to The Complete Works of Francois Villon) that “if there were the faintest feeling that Villon ever wrote to be effective, it would have destroyed the validity of what he had to say.” Williams:

Le mot juste is the ready word—it has no other significance. This is fundamental. In literature there can be no seeking for words. For a writer to so indulge himself is to tread dangerous ground.

Pertinent in a period of increasing decorousness, “daring” larks of mere vocabulary contrivance. (Making distinct: the unforeseen floody wash or exorbitant pummeling of words beyond ken versus the collector’s ostentatory ruse and hustle. I think of Bill Berkson—among others—copping precisely to such anomalous onslaughts of the unknown word:

Sometimes a word shows up in my critical prose and sometimes in poetry too: a big word that somehow shows up in the writing. I may look askance at it, unsure of what it means but certain that I’ve never used the word before, in either speech or writing. I look it up in the dictionary and, damn!, it’s just right, le mot juste. Now how did that happen? There must be an inner vocabulary monitor that knew it; I didn’t know it, except by osmosis.

One inclines toward the willing receipt part of the Keatsian bargain: not the “irritable reaching” of those seeking to pony up against possible loss, but the due welcoming of any “fine isolated verisimilitude caught from the Penetralium.”) Moore: “These ‘things that are stated without being said’ are the most valuable . . . A poem is not a poem, surely, unless there is a margin of undidactic implication,—an area which the reader can make his own.” And, in reply to received huzzahs for Ezra Pound’s “intuitive mind” (“a mind that moves back and forth like sea-weed”): “We confessed to admiring instinctiveness, concentration, and tentativeness; to realizing that gusto is not incompatible with learning, and to favoring opulence in asceticism.”

Bah. I am likely beginning to offend my own clutter-y with my excess clutter. Think of Pound writing Moore, 23 November 1931: “The idea of civilization includes an occasional exchange of knowledge . . . I dont quite see you as the girl gunman holding up N. Y. licherary iniquity / but I believe you cd. be of distinctly more use . . .” I do too. I do too. Though isn’t every artist—as Williams cheekily proposes (“The Basis of Faith in Art”)—just another “rudderless nonentity furiously laboring at random whims, from among whose works, with time, a public takes the initiative to select its equally haphazard choices?”