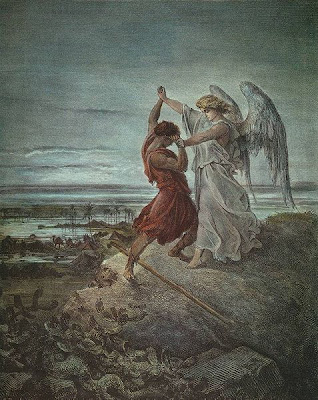 Skiff of snow, barely enough to shovel. Acceding to the earth’s usual demands. “I deryve, or bringe one thynge out of another, as water is brought whan it is brought from the spring, je deriue. Out of Lesclarcissement de la langue Francoyse (1530). How little I write “To my Contemporaries” of late. Sign of incipient laziness, pitfall of the long avid. (See Marianne Moore: “Advertising is . . . arduous, and whereas derogation has the attraction of not being extorted, devising testimonials is not so simple.”) Sign of disgruntlement thwarted by my newly burdensome politesse. (There’s rarely much to cheer in the whipping thickets of ambition. One notes only the careering ambition itself.)

Moore again: “I seem to myself an observer, an interested hack rather than an author, but am an extremist with regard to exact statement; am quoted as having said, “I write exercises in composition”; perhaps said, “I look on my verse as exercises in composition.” Too, Moore routinely quoted Pound’s Confucian ethics (out of The Great Digest): “If there be a knife of resentment in the heart or enduring rancor, the mind will not attain precision; under suspicion and fear it will not form sound judgment, nor will it, dazzled by love’s delight, nor in sorrow and anxiety, come to precisions.” Which just about covers the whole contemporary “field of cultural production,” the way mutual alliances and denials bend it into whatever shape it assumes (“precisions” thus the result of social gum . . .) Just the kind of thing that makes me haul down my Hopkins, to amble rather aimlessly through the letters to Robert Bridges:

Dearest Bridges,—It was a needless and tedious frenzy (no, the phrase is not like Flatman’s ‘serene and rapturous joys’ to which poor Purcell had to drudge the music):* another train came up on that train’s tail, and indeed it was a dull duncery that overhung us both not to see that its being Ascot day ensured countless more trains and not fewer. There was a lovely and passionate scene (for about the space of the last trump) between me and a tallish gentleman (I daresay he was a cardsharper) in your carriage who was by way of being you; I smiled, I murmured with my lips at him, I waved farewells, but he would not give in, till with burning shame (though the whole thing was, as I say, like the duels of archangels) I saw suddenly what I was doing . . .

One soaks in the affability of taunt (“no, the phrase is not like Flatman’s”); in the way Kenneth Koch’s “One Train May Hide Another”—

In a poem, one line may hide another line,
As at a crossing, one train may hide another train.
That is, if you are waiting to cross
The tracks, wait to do it for one moment at
Least after the first train is gone. And so when you read
Wait until you have read the next line—
Then it is safe to go on reading . . .

(is that, too, “about” the “field of cultural production”?) is called forth in some silly and pertinent way by “another train came up on that train’s tail”; one admires the thud irrevocability of faux-doom—dunned out by that succession of dull short u’s—in “drudge the music” and “a dull duncery . . . overhung us”—Hopkins’s friend is departing; one notes the mock erotics of the mute exertions between Hopkins and the unresponding “cardsharper,” mimicking Bridges; one applauds the shame-assuaging lightheartedness of “the duels of archangels” (another metaphor for the “field”?), Hopkins’s recovery effected by intangible alliances . . . So, the dérive, chance, bookish, avoiding, out of the contours of the now, with its untoward lolling** and insapient matchlessnesses.

* In 1684 Purcell composed an ode or song of welcome entitled On the King’s return to White-hall after his Summer’s Progress. The words are by Thomas Flatman:

From these serene and rapturous joys
A country life alone can give,
Exempt from tumult and from noise,
Where Kings forget the trouble of their reigns,
And are almost as happy as their humble swains,
By feeling that they live . . .

** Lolling: meaning both “resting at one’s ease, lounging” and “thrusting out (the tongue).” It’s conceivable I mean lalling (“baby-speech”) . . .