“A previous version of this essay appeared in Chain 7, memoir / anti-memoir, ed. Jena Osman and Juliana Spahr (Summer 2000)” is how an unnumber’d footnote append’d to Kit Robinson’s “Notes Toward a Phenomenology of Time” goeth. Dang, like pulling teeth, getting new material out of that “collective.” Rehash’d exploratory writing. (One notes, too, two other versions of the meditation, in audio format—one record’d at a reading at Buffalo, 10 November 1999. What appears in booklet nine is bulk’d up, the way strongman Time likes to bulk up, not always heeding strict alimentary requirements.) Thus, my prefer’d paragraph mustn’t be included there, in Chain:

Researchers at the Max Planck Institute of Quantum Optics say that time may not exist at the most fundamental level of physical reality. What’s more, the laws of physics don’t explain why time always points to the future. All the laws—whether Newton’s, Einstein’s, or quantum mechanics—would work equally well if time ran backward. In March 1955, when his lifelong friend Michele Besso died, Einstein wrote a letter consoling Besso’s family. “Now he has departed from this strange world a little ahead of me. That means nothing. People like us, who believe in physics, know the distinction between past, present and future is only a stubbornly persistent illusion.”

Robinson, rather like a good team captain batting at the end of the line-up puts in a good word (model’d after Robert Duncan’s “Responsibility is to keep the ability to respond”?) for each and every Grand Pianist (“Carla—that state of mind you were in thirty years ago, did you succeed in getting control of it in order to write?”) Too, and naturally enough, Pianists populate the Brainard-inflect’d miniatures of the piece: “I remember discussing Wittgenstein with Erica Hunt at the neighborhood bar at 18th & Connecticut. Tom came in and said, “Every time I see you two you’re always discussing Vladimir Propp!” And, in a lovely acknowledgment of memory’s placeholders: “I remember once when Ted Berrigan, Steve, and I were walking back to my place from Winchell’s Donuts on Alcatraz & Shattuck. Passing an iron-barred and boarded-up window on Alcatraz, Ted stopped to point out that one bar was a little longer than the rest, so it stuck out at the bottom. Now every time I drive by that window I think of Ted.” I like, too, Robinson’s sense of what some countable strictures of form do (he’s seeing Zukofsky’s propensity of count words-per-line mimick’d in lines out of “November Ease”):

A referring back, always back, that draws
one forward in anticipation, as one person’s
past becomes another’s future, seems to
be what some of the fuss about
reading is all about. In this way
we become more than one. For example . . .

And Robinson notes, with just the right combo of restraint and grandiloquence: “Counting in real time, whether by word, breath, or beat, anchors us in the present moment, while our mind drifts out over land, meeting our destiny through a series of problems to be solved, expanding to the ends of the earth.” (Caught, now, tout à coup, in an odd premonitory connect here: some jointure between time and color, how, for the French priest and philosopher William of Auvergne (c. 1180/90-1249), green, because it “lies between white, which dilates the eye, and black, which causes it to contract,” provides the most “sensible pleasure” (et, donc, beauty “in itself”—per seipsum) of all the colors. Is the unlikely and wildly flailing conjectural one sign of fatigue with the green and bounteous present? It’s only likely.)

Robinson: “What would you take back, undo, fix, elide, reverse, or change?” Why not just keep piling it up, dilating the stories, making it whiter and whiter, filling in with blanks? Ah, memoir. Robinson quotes Anne Tardos in I Am You (2008), who “quotes Nietzsche as cited in Roland Barthes, The Pleasures of the Text”: “Nietzsche said that a tree is a new thing at every instant. We affirm the form because we do not seize the subtlety of an absolute moment.” Fenollosa’s “no nouns in nature.” Memoir’s like that irrupting mercurial flock of evening grosbeaks in the buckthorns backyard of a house (Delaware Ave., Ithaca, N.Y., c. 1974), like time, like color, like the way repeating it makes it so: superfluous and absolute. 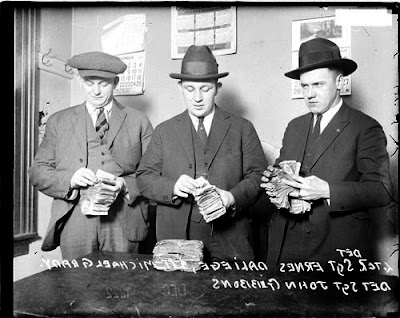 “Counting in real time . . . anchors us in the present moment, while our mind drifts out over land, meeting our destiny . . .”