One sense of Bob Perelman: too jittery for dogmatism. Easily distract’d, out of a highly alert demeanor rather than out of the usual low attention threshold. He, too, in The Grand Piano nine, writes of David Bromige, of, particularly, the “fraught” comedy of “My Poetry” in My Poetry (The Figures, 1980). Somehow, writing about the details of the poem (and the book) provides a scrim for Perelman’s memory (in earlier “volumes” admittedly “impeded by my mild but genuine phobia about my objectified past”) to slip through unhamper’d, without the truculence of the genial anti-memoirist. Donc one garners a fine sense of “the charmed time that the book was written in, the late 70s” and its affable scat-work, tomfoolery without pretence:

. . . with David so clearly enjoying the variety of his impulses and the vocabulary that was newly available, malleable—“Form is Nevermore to be perched upon the pallid bust of Pallas” as we might have said, then. That I’m making up now, but do remember (dimly) (but very fondly) our verbal volleys, especially a long one about identity that ended up with one of us saying that you could go into a bank and when asked for ID you could show the teller a bust of yourself. Truly hilarious, if you were us, then. (We meant you brought your bust in, not that one was already there.) (Brought one in in what? A bowling-ball bag might be good . . .) Back in those days the dope was grown by amateurs so we weren’t that high, but it was a habit and continual pleasure, stoned or not, to try to outdraw our own powers of verbal recognition.

Giddy riffing and mutual goofing for its own end, without a “project” in sight: that sounds about right. (And would seem to be what Bromige, rara avis, maintain’d against the “earnest” ravages of the years—and comrades who decidedly didn’t, getting “took up” with they own selfs in some heinous and unabash’d writ of apostolic succession.) (I like how Perelman, unabash’d enough I guess to send Louis Zukofsky a copy of ’s first book, Braille sees clearly enough now to note the “plain white postcard” reply’s “dry, determinedly impersonal . . . hyper-Eliotic” tone: “Welcome to your reflection in the funhouse mirror of public authorship, thought I, though not in those words.”) (It’s Perelman’s sending Bromige a copy of that book, “before we had met,” that triggers a reply—“two typed pages of friendly open interest . . . [and how] he looked to books by younger writers as evidence for where things were going, that by being younger I was that much closer to the future . . . the opposite of pulling rank.”)

Determinedly off-balance. Affably reactive contrariety. Even that reeks of a ploy, a “stance.” I’m trying to think about why Bromige—in Perelman’s sketch (and Perelman himself, by association)—seems “right.” Perelman, wondering at “My Poetry”:

Was he demonstrating that only the fluidity of the present moment of writing this sentence, this phrase, this sound, has validity, and that all rigidly conserved facts of reputation, reception, mappings of the literary field, careers in the arts are risible? But then why were parts of the prose and some of the poems emphatically silly? Why were the names of the poets and critics real (already a charged fact, given the aggressiveness or oddness of what was said about them or what they were quoted as having written), while one also encountered the poet “Jay Gutz”?

Elsewhere: “‘My Poetry’ is not open so much as contradictory, self-canceling, unrecognizable.” One result of Perelman’s reading of “My Poetry” is a terrific few lines of, what, skepticism and doubt? Recognition that here “we” are—thirty years along—hands so successfully tied behind our own backs we don’t even know it? Perelman’s replying to a chunk of Bromige’s “My Poetry”—about two of Bromige’s own poems (“they’re great”) and style (“my tendency to write over-elaborated series of possibilities which become arid & abstract”) that reads, the Bromige, in part:

My poetry is ‘curiouser & curiouser’ as it makes a descent into the rabbit-hole where descent becomes the subject of the poem’s concern: a dazzling dimwittedness that makes sense of it mackerel-textured absence. A respectful abstinence from knowing what I’m doing? Therefore, my style seems to have fallen apart, deteriorated in the three-year interim between books; some kind of decadence has set in; it has become problematical, not to say impossible, because if it limits itself to the traditional language & form of literature it misses the basic truths about itself, while if it attempts to tell those truths it abolishes itself as literature. Chiastic sentence: not true, make it new, caps, has always been the case, it’s what literature means, should mean.

The materiality of the text; the heterogeneity of the self; the absence of final linguistic reference—these have been the subject of lessons often taught and widely learned over the last few decades. However, as abstract payoffs for reading, they are no more interesting than any doxology. So while at the local level “My Poetry” continually distorts, détournes, decontexualizes, undoes definitive statement, it seems insufficient to say, as I just did, that meaning is destabilized and leave it at that, i.e., to emphasize the negative action of the writing.

A “reactive formation” straight out of Barthes’s Roland Barthes (“I postulate a paradox; then this paradox turns bad, becomes a new concretion, itself becomes a new Doxa, and I must seek for a new paradox”) perhaps, but rare enough in the unfraught (rigid) world of “our” poetics. 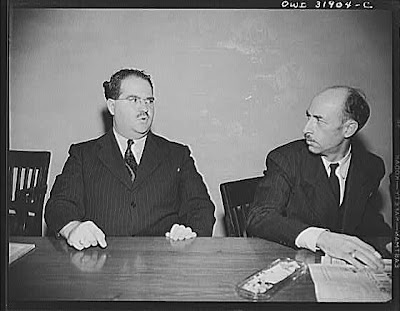 “. . . it was a habit and continual pleasure, stoned or not, to try to outdraw our own powers of verbal recognition . . .”