Back to The Grand Piano, the unfinish’d (dragging) ninth booklet with its industrial-zone gray cover. Barrett Watten is “shoveling snow”: “it improves the prospect of space . . . to see some underlying brick.” Watten announces (and offers up some sprightly modicums of—“Violence is the nature of free-floating desire as a self-regulated momentum . . . The people heed the lure of the unvoiced, plaintiveness in all its obviousness”) a poem call’d “Zone” (unabashedly: “my modern epic”):

It will address the mode of production in its spatial articulation, not the fantasy of continuous productivity that attends the individual career. [Thinking: A Lincoln to a Jackson what Watten’s suffering is what we unhistorick’d hicks call “writer’s block.”] That fantasy, however much it leads to horizons elsewhere and beyond—as the surrealists would like—is at the same time redundant, both unhistorical and undialectical. . . .
I seek not the gold of time, but the currency of history. Williams, master of the modern epic and its horizon shifts as well, precedes me in my task. [Thinking: Isn’t a friend (or a groupuscule) supposed to nudge a man if he’s about to make a bumptious public fool of himself?] To construct the initial core of Zone, I followed a set of sampling procedures based on his epic poem Paterson as a zone of poetry in mid-century modernism that reimagines modern life. Subdividing each book into sixty individual samples, I used chance procedures to randomly access them and rewrite their particularity at a level of argument I would infer in the poem’s total form [Thinking: Less and less promising, this.] . . . Other rules and constraints give me the number of lines I must use to rewrite the particular, as well as the frequency of each duration of revision. [Thinking: What if “the nature of free-floating desire as a self-regulated momentum” isn’t violent? What if parsimony and unrelenting control in situ (even at what Watten calls—magnificent sign of alienated labor—“the metalevel of the mode of production”) is merely mimick-industry to the impeccably refined control-tools of late capitalism’s industrial dynamo?] The text that results . . . will be subjected to further procedures, no doubt; it is dialectical in that sense. The poem will be refunctioned in a zone I cannot entirely predict, whose additional materials and strategies have yet to be identified or disclosed. It is “in production,” as I am. [Thinking: Cue the c. WWII vocoder singing Frank Zappa’s “Help, I’m a Rock”: “Bar•ry, you just got to town, / And we’ve been in•ter•est•ed, we’ve been in•ter•est•ed / In your de•vel•op•ment . . .”]

Turns out, “Bar•ry” is, too. “I was a radical, an extremist,” he reports—again—plaintiveness all too-clearly voiced. “Now I am a Left academic, the tenured radical même”: how is that possible, some forty years subsequent to one-upping Robert Creeley with the position that “poets had a moral duty not to teach” in the political climate of the era of the Vietnam War? (Creeley’s report’d awestruck reply, cut with white-boy-in-the-trenches-speak: “Man, that’s about the most extreme thing I’ve ever heard . . . I’ve just been on an arts panel with Maoists in Cleveland, guys from the black community, and even they wouldn’t say that.”) What Watten attempts (with a kind of self-regulated violence: “I accept no compromise with memory and contemplate my renew attack. I am this attack on the blank screen”), then, is to figure out: “How I came to be other to myself.” He quotes Nietzsche (“the philosopher N   ”—oddly and consistently, Watten uses the very convention he’s used in prior volumes to disguise lovers and confederates) out of Ecce Homo regarding writing “involuntarily . . . as in a gale of a feeling of freedom, of absoluteness, of power, of divinity,” &c., the usual possess’d by the gods (or Martians) stuff (“On every metaphor you ride to every truth”), and says: “I have been the poet who has produced writing in this state . . . On certain dates, in various locations. The evidence is visible and will remain . . .” And though one’s not entirely convinced (baffled by the pleading), and ponders just how the outburst jibes with that poem that’s up for getting “refunctioned in a zone,” one’s tempt’d to “agree” with a remark like “Writing is produced in a state of dissociation and nonknowledge as its positive claim,” even whilst (because?) it bobbles its syntax. Or: “The poet is plural and thus abandoned in himself to another.”

Abandonment versus will. React or attack. Watten randoms through a number of incidents and poses—one highly suspects he’s toying with image and event (“Zone”: “Madness equals music as a form of speech, by which we locate an original. There is no moral necessity for the literature of fact.”) (Tellingly, Watten points to Nietzsche’s Ecce Homo, begun following N   ’s nearly choking “on a fishbone in Nice,” as the “work that may most resemble my project here.” And fitting with a two-bit Nietzschean regimen, Watten later dismisses him as: “irresponsibly radical and extreme, but still revelatory; now, of course, he is exceptionally funny. His self-conscious refusal to admit his monumental purposes seems like a virtual slapstick of an ethics.”) One learns: “My highschool science project, “Radioactivity in Oakland’s Waters,” measured the radioactive fallout after a series of nuclear tests in China. . . . The scientists were in error.” (Here’s a man who nigh-unconscionably early discover’d the drums of genius throbbing so loudly within.) Against the prolific “attack” mannerisms (“To be a case-hardened, armor-piercing, depleted-uranium-coated antitank missile set against the hardened positions that confront one”) Watten lends credence, too, vacillating, to a sour fatedness:

There is nothing we could do . . . Our teachers could do nothing . . . For this reason, Robert Grenier seemed the perfect mentor—in his refusal to do anything but react. Disconnected bursts of non sequiturs would return us to our senses, in the face of everything else going on. A projectivist poetics coming undone between “attack” and “record.” An intuitive response to unthinkable circumstances was to disconnect language from the event. . . . A poetics inculcating the negative was the result.

Negativity, à la Watten: “the absence or lack congealed in any representation.” (Brat poetics: if I can’t do it all, I’ll screw up what little I can do.) Hence the fractious “record” here.

One learns: of Watten’s (feign’d—one trusts) obsession with Michael Douglas movies (“Michael Douglas is all anyone needs to know about the academic tendency known as the New Historicism”—and a report of somebody—the redoubtable “B   ”—thinking Watten’d “channeled Wonder Boys [2000], which I had not yet seen” at a reading in 2001.) See, too: “Michael Douglas wants to have it both ways, but he cannot.” And: “Clever N   : he wants to have it both ways. He wants to go beyond the capacity of a single individual and yet preserve the multiplicity of himself as the center of philosophical inquiry.” (Watten’s will’d miasma: kin to “Disconnected bursts of non sequiturs.”)

One learns: of Watten’s lack of prowess at identifying even the commonest forms of what he calls “urbanized wildlife.” See: “Hedghogs [sic] crop grass on the shoulder of Telegraph Road.” (In the New World, the nearest kin to the hedgehog is the porcupine, hardly a grass-“cropper.” What Watten sees is undoubtedly a woodchuck, or groundhog.) An odd dismissal of the natural world—lack of curiosity—permeates Watten’s work: in “Zone”: “One day walking in the Sierras, I picked up a rock. A red rock: it was good enough.” Too, see the confusion between doves and pigeons (“The dove is an albino pigeon” &c.)

One learns that Watten (“Left academic”) drives twenty-two miles to work (in downtown Detroit). Though: “There is no such thing as a suburb, at least from where I sit.” One learns that Watten considers himself a humorist (“I am so pleased with my new citation database software from Dysintegral Systems.”) One learns that Watten—victim, more than once, of what he mysteriously refers to as “social death”—considers his poetic career to’ve been hamper’d by his “unregenerate Leftism”: “Given the negative personal implications of these attacks, and of my unregenerate Leftism at Cold War’s end, my reception as poet was heading nowhere.” One learns of Watten’s odd perception of Ron Silliman’s works, their “legitimacy”:

From outside authorizing institutions, he constructs his capacious works in a series that seems to suspend any appeal to legitimacy, producing it entirely by themselves. . . . This declaimer of legitimacy appears as a return to mere existence, foundational for his poetry’s expansive attempt to include everything within its orders. A form of poetic sovereignty emerges as a result, a politics of representation in which you are in my world only insofar as I say so.

And here I’d suffer’d under the notion that one job of every piece of writing is to “produce” its own legitimacy. (The Herr Commadant-inflect’d version of Silliman’s “politics of representation” applies most concretely to Silliman’s link-proclivities, their way of routinely excluding anything that displeases him and cohort.) One learns, too, of signs of an unsuspect’d object-fetish in the renegade Watten: news that he “took delivery” “just the other day” of “several Williams editions,” the Williams he is, with the proposed “Zone,” so clumsily attempting to align himself with. It is no accident, one imagines, that Watten’s thirty-five or so pages here, all to the drift of repeating “I am a poet” (and a professor), echo—“unhistorically”?—Williams own plaints (in “The Desert Music” and elsewhere):

The difference: the pugnacious Watten’s magnitude’s much, much lower, and he knows no shame. 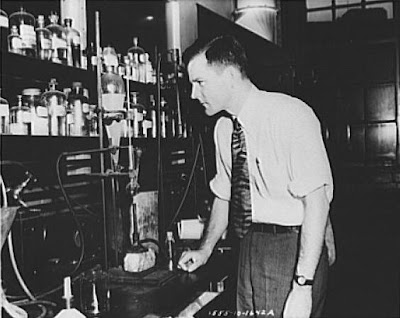 “A poetics inculcating the negative was the result . . .”