A morning coalescence, abrupt, impromptu. There’s the terrific epigraph William Fuller puts forth in Avoid Activity (Rubba Ducky, 2003), quoting Marsilio Ficino to Francesco Musano: “You asked me yesterday to transcribe for you that maxim of mine that is inscribed around the walls of the Academy. Receive it. ‘All things are directed from goodness to goodness. Rejoice in the present; set no value on property, seek no honours. Avoid excess; avoid activity. Rejoice in the present.’” (How different—though one ought admit, there is a difference between discipline and “activity”—is Dahlberg’s claim in the Confessions: “Delay is an impostume in the soul. He who does not whet his will every hour perishes of velleity . . . He who does nothing kills the sprouting bubbling plants; his foot is dead and his neck is froward.”) There’s the fire-up to Roy Fisher’s A Furnace (Oxford University Press, 1986) in that book’s “Preface”: “A Furnace is an engine devised, like a cauldron, or a still, or a blast-furnace, to invoke and assist natural processes of change; to persuade obstinate substances to alter their condition and show relativities which would otherwise remain hidden by their concreteness; its fire is Heraclitean, and will not give off much Gothic smoke.” And there’s the brown creeper I study’d, working an ash in Winnetka, repeatedly spiraling up the trunk, “felicitously probing the interstices,” only to launch itself out in a straight dive toward earth, and, with a floppy recovery, showing its whitish belly, re-attach itself to the trunk and recommence. That’s the very ash I did find myself sitting under—in the middle of writing “The Everyday”—several months back:

An ash in Winnetka, next
To a splay of inky
Caps in the process of
Decomposition, blacking up the grass
With greasy spore-offal. Cutthroat
Teens in SUVs, spawn of
The shitless rich, gun by
Shouting the few obscenities they
Know . . .

Thus a momentary fusing of inimitables calls forth the giddy levity of counter-finger’d time, tumbles into the ditch of its own protean swath (think of how Dahlberg combat’d the tendency of any critical nudge to “embalm the figure in the aural incoherencies of the period and insert him in a historical socket”) . . . Meaning, one supposes, that a strenuously-maintain’d solitude abets a madness akin to timelessness (Roberto Bolaño says, somewhere in Monsieur Pain (New Directions, 2010) that solitude is “perhaps the subtlest or at least the most lucid of the forms that madness can take”). With no exterior “markers,” anamnesis—that simple calling back of “matter” (“obstinate substances,” though they exist only in the banal quivery “chambers” of the brain-box, furtive and undeployable)—becomes a continuum, an unvariegated slurry. Bolaño’s Jack Spicer radio is evident in Monsieur Pain too, who is assail’d by “a private radio station,” who seemingly becomes its sole and “fortuitous receptor”: “The demented radio drama assailing me was no doubt an anticipation of hell: a hell of voices connecting and disconnecting in a buzz of a static . . . forming duos, trios, quartets and entire choruses . . .” End of impromptu. End of probing and jointure. Tomorrow, neck “froward,” another “straight dive toward earth.” Clean, or troubled by “Gothic smoke.” 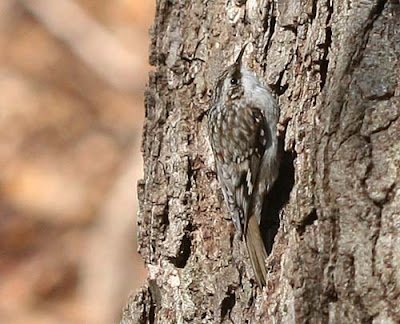