If I pause for a moment, tired of thumbing through enigmatic reveries align’d in a hard-nosed architecture, with a double-spaced sparseness guaranteed to waylay the bogged-down’s perusal and doubt—

Beneath the culpable excesses, the whole process depended on this same

problem of decay latent within my attention.

A style creeps up the hills, it is not true either, but it is made from local

—lines out of Lisa Robertson’s “Utopia,” in R’s Boat (University of California Press, 2010), though, in truth, I thumb’d many a “number,” and my countenance’d begun it quasi-retrograde curl of contempt in advance of the initial’d punt. Though, admittedly, I am rather put off my feed by Robertson’s tandem epigraphs, arriviste-city hoedown style:

The ebb and flow of this water, its sound continuous but also marked by motions that ceaselessly patterned my ear and my eyes, supplemented my own emotion, calmed now by reverie, so that I felt in myself, so pleasurably and effortlessly, the sensation of existing without troubling to think.
jean-jacques rousseau

We have now reached a stage of experimentation with new collective constructions and new synthesis, and there is no longer any point in combating the values of the old world by a Neo-Dadaist refusal. Whether the values be ideological, artistic, or even financial, the proper thing is to unleash inflation everywhere.
michèle bernstein

Fitting, one supposes, the ineluctable moment (reach’d—see Robertson’s “This work was made under the auspices of opulence”) when “we” must now loudly proclaim, soixante-hiutard-style, that “nous sommes tous des avant-gardistes” (there’s neither solace nor victory in the cry, though there is, assurément, an assuaging sort of aesthetic mystery to struggle’s collapse, to the cascading evidences of complete—and seemingly remorseless—failure.)

What I mean is caught up in the other Bernstein’s doing a faux-futurist gig in a New York museum, wielding a hammer “at” a music stand, the “threat” of art become a Sunday matinee lark for the Connecticut “masses”; in the palpable farce of ascendancy (recall Serge Gainsborough’s album “L’Homme à tête de chou,” a choux farci is akin to a stuff’d shirt, eau et gaz à tous les étages, is French for “we finally got a piece of the pie”); in the self-congratulatory hosannas un peu partout of arrival, some thirst of exteriority slaked, some combatant lick’d. Morton Feldman, in “After Modernism” (Give My Regards to Eighth Street):

In Either / Or, Kierkegaard describes the man who has not “achieved reality” as capable of every point of view, even the most profound—but no point of view can hold him, since he is at the mercy of constantly changing, shifting moods. . . . Describing in contrast the man who truly “exists,” Kierkegaard says,” He is not moody, he is not ‘in a mood’—yet he has mood. One may say, in a sense, that his whole life has a mood.

See Bernstein chatting up the new book chez Harriet: “I wanted All the Whiskey in Heaven to stand up in its own right as a book . . . in which there was a marked contrast of styles, approaches, tones, and moods, poem for poem. . . . a collage of discrepant works . . .” As if achievement lies in mere aesthetical skitteriness, zany, ain’t it. (After my rehearsals yesterday of the misogyny at the unsplendid heart of American letters—it is, too, right alarming to read of Bernstein’s “ongoing motif for the book, which has to do with closed systems—social systems as well as linguistically closed systems (what I’ve come to call, following Duchamp and Kafka, bachelor machines).” [Plenty-plenty dirty rice evidence for Bernstein’s liking of “closed systems”: see the yanking of perceived malfaiteurs off the Bernstein-administer’d Poetics List, an ouster widely interpret’d as Bernstein’s kibosh of ideological difference; or note how, about a year back now—I ask’d that my own “pacific trash vortex” (Isola di Rifiuti) be placed amongst the vaunt’d “Critical and Constant” blog-listings at Bernstein’s EPC: no go. Initial stalling and dissembling’s become no reply to repeat’d queries. No getting into that camp.])

Another Morton Feldman impertinence (out of the jocularly titled 1967 piece, “Conversations Without Stravinsky”):

The truth is, we can do very well without art; what we can’t live without is the myth about art. The mythmaker is successful because he knows that in art, as in life, we need the illusion of significance. He flatters this need. He gives us an art that ties up with philosophical systems, an art with a multiplicity of references, of symbols, an art that simplifies the subtleties of art, that relieves us of art. Whether it does this by the power of persuasion or the persuasion of power, I leave to the social pathologists.

(And Bernstein—prompt’d by one of Bernstein’s loyal minions (brightly saying things like “The selected poems is obviously a genre at this particular cultural moment”) —promptly flatters that need, with some fit prestidigitatory guff and hoopla about how, in the Whiskey book, he:

. . . wanted variations of long and short, part to whole, and the possibility of potentiating recombinations among parts. That was my premise. It’s like stringing and restringing a charm bracelet. Then there’s a question of how many elements you can string together as a constellation, since there is always that moment when the constellation shatters, when a centripetal force turns into a centrifugal one. And can that turning itself be articulated as a rhythm, a kind of hyperrhythm of the pops at the points where frames shift or break (both within poems and at points in a string of poems).

As Pynchon’d say: “Think, bloviators, think!” The truth is, Bernstein’s book makes perfectly evident the paucity of the man’s approach, the constancy of the shtick.)

I got here (wherever “here” is) out of my own particular “disillusionment of ten o’clock” (“None of them are strange”) seeing a wash—an expertly pre-shredded fabric?—of current poeticisms (“I am confusing art and decay”) in Robertson’s Boat, seeing the marketplace shilling for the editor’s desk in Bernstein’s Whiskey. Wherein, in flight, one re-reads Feldman. Two anecdotes (Feldman loves to tell a story). One, out of “Between Categories”:

I once had a conversation with Karlheinz Stockhausen, where he said to me, “You know, Morty—we don’t live in heaven but down here on earth.” He began beating on the table and said: “A sound exists either here—or here—or here.” He was convinced that he was demonstrating reality to me. That the beat, and the possible placement of sounds in relation to it, was the only thing the composer could realistically hold on to. The fact that he had reduced it to so much a square foot made him think Time was something he could handle and even parcel out, pretty much as he pleased.
Frankly, this approach to Time bores me. I am not a clockmaker. I am interested in getting to Time in its unstructured existence. That is, I am interested in how this wild beast lives in the jungle—not in the zoo. I am interested in how Time exists before we put our paws on it—our minds, our imaginations, into it.

The other, out of a lecture in Johannesburg in 1983 (out of the Chris Villars-edited Morton Feldman Says: Selected Interviews and Lectures, 1964-1987):

I just thought of a marvellous story Kierkegaard wrote. Not a real story you know, but an incident where he was walking down the street in his neighbourhood and he comes across a new establishment with a sign in the window and the sign says: ‘We press pants.’ So he goes back to his apartment, gets hold of a few pairs of pants, brings it down to the store and hands it to the clerk. And the clerk says, ‘Well, what are we supposed to do with this?’ And he said, ‘Well, press them of course! You’ve got a sign in the window that says “We press pants”.’ ‘Oh we don’t press pants here, we only sell the sign in the window.’

Feldman’s version of a few lines in Either / Or (1843) reading: “What the philosophers say about Reality is often as disappointing as a sign you see in a shop window which reads: Pressing Done Here. If you brought your clothes to be pressed, you would be fooled; for only the sign is for sale.” And it’s there, in that signage, that I stumble with Robertson’s book. Here (out of “The Present”):

of either an object or a convention

And in Cascadia also

As in the first line of a nursery rhyme

Against cyclic hum of the heating apparatus

Balance of “the poetic” (“scent of quince”)—one kind of signage, and the weight’d mysterious (“a sequencing tool that is moist”), splay’d into a series (repeating lines within and without) that is pester’d by doubt whilst remaining unremittingly fragment’d. And, thumbing, one encounters, repeated references to the false, the farcical, the ornamental: “Calm and hostile and alien / In the chirring from the yard / And in the appropriation of falsity”; “And this has seemed poetical / When it is the ordinary catastrophe”; “It charms impotently like a dialect”; “I wish not to judge or to dawdle. / I took part in large-scale erotic digressions. / I wished to think about all that was false. / . . . / I withdrew from all want and all knowledge. / In the strange shops and streets I produce this sign of spoken equilibrium. / I write this ornament, yet I had not thought of rhyme.” I find a nigh oceanic complacency swelling out of the lines. Satisfy’d with ornament, calculated and lazy, words and sounds unpaw’d by beastly Time:

I was drunk on well-cut gabardine, jets and failure.

I took literally everything that transpired.

About poverty and ambition: 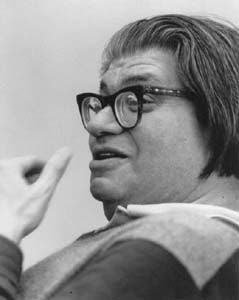