Some Beams (Pulley and Cable)

I keep reading one horrifying paragraph:

I have read your prison narrative. I have read, As I hold my pen, my hand is shaking; I have read of your being urinated on, Jumah, of your being made to walk barefoot on barbed wire, forced to breathe chemical odors, stripped of clothes and left naked with no pillow, no mattress, only the cold metal of a cage. I have read of petrol injected into your penis and of the time your lawyer came and you excused yourself, made a noose, and jumped from the sink in the restroom. No one, Jumah, should be shackled to the ground beneath a naked menstruating female guard. No one. How, in the face of this, can I write to you? And of what can I write? Of the color of the sweater I am wearing—pale-green?

That’s out of a harrowing essay call’d “An Atlas of Restraint”—out of Spring Ulmer’s The Age of Virtual Reproduction (Essay Press, 2009). The essay addresses (directly, calmly, tenderly) three individuals by turns: one Zach (“At two, you were diagnosed with autism, and at eleven, you fell in love with a potbellied pig named Sid”); Jumah al-Dossari, a prisoner at the Guantánamo Bay detention camp (“You’ve attempted suicide twelve times and now you’re on another hunger strike”); and Topsy, the Indian elephant of Coney Island whose death by electrocution in 1903 (it’d “killed three men in three years”) gather’d an enormous crowd, “and Thomas Edison caught it all on film.” Restraint, restraints, and—in one horrifying butcher-mouth’d phrase—non-incremental restraint systems (meaning the nylon ropes and belts used to tie a person down into an electric chair): all damnably (and ravagingly) consider’d, in numerous forms. Restraint of—in Zach’s story—“the day Dakota City, Iowa, ruled that your pig, Sid, violated the city’s livestock ordinance and banished him to a barn on the outskirts of town”). Restraint of the Temple Grandin-invent’d squeeze chair—“modeled after cattle chutes which calm animals down by applying pressure to their bodies as they are shuttled to slaughter”—that “hugs her without violating her autistic need to shrink from human touch.” The “restraint chair” of Jumah al-Dossari at Guantánamo where, with “a feeding tube forced up your nose, down your throat, and into your stomach, . . . Officials . . . pump you full of liquid nutrients and laxatives and keep you in the chair until you shit yourself.” (Ulmer recounts a visit to one Tom Hogan, of Denison, Iowa, inventor of the restraint chair used at Guantánamo—“looking like a weight-lifting bench someone’s folded in half.” He says: “A mentally ill person told me it should have padding and be painted blue, so we changed it.”) Restraint of Topsy’s ensemble: “rope-like fasteners” and “copper shoes” (Ulmer recounts, too, some of the “devastating footage in Mr. Death—a documentary about Fred Leuchter, electric chair specialist and Holocaust denier”—whence the Topsy film—who “job, he argues, is to make sure the persons doing the electrocuting don’t also get electrocuted.” Restraint—the biggest of all—of what Ulmer here calls “a state of moral and emotional anesthesia.” (Another essay is call’d “The Age of Numbing.”) It is that—the fear, or recognition, that we, under the pixilated onslaught, or the onslaught of our own endless capacity for mutual slaughter, may’ve breach’d some human empathy barrier—that seems to underpin all of Ulmer’s writing. She records writing letters to Jumah:

Jumah, the reason I’m telling you all this is the same reason I keep writing you letters that keep getting returned, some ripped open, others unread, all of the envelopes stamped refused: because my not writing would imply that writing doesn’t matter, and I cannot stand such a thought. Even if what I write is simply a record of barbarism (as Walter Benjamin maintains there is no cultural document that is not at the same time a record of barbarism), it is still a record. Ultimately, though, I know the real issue is whether such records are read and responded to. Did you know, Jumah, that when asked for a nonviolent solution to wwii, Mahatma Gandhi proposed that those imprisoned in camps commit suicide to show the others outside what they claimed they couldn’t see? Thereafter, George Orwell stated that such nonviolent forms of protest depend upon a sane society—a society in which people respond to what they see morally. 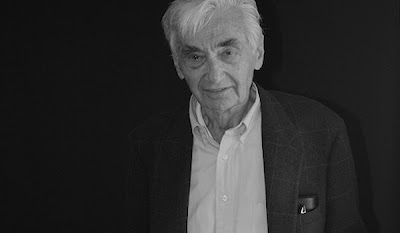