Extraneous (“Dropped of Its Own Weight”) 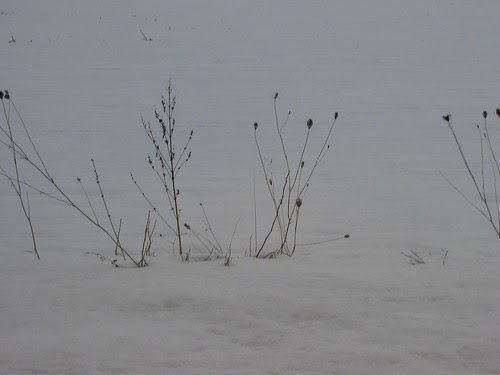 Another morning with nothing gain’d by its night. Benign as a hayseed. The door-savvy dog unloosing its one sharp bark out back. Williams, in the early prose tantrum he label’d The Great American Novel (1923) with its longing for the untether’d word (“Everything had been removed that other men had tied to the words to secure them to themselves. Clean, clean he had taken each word and made it new for himself—so that at last it was new, free from the world . . .” and “The word is the thing. If it is smeared with colors from right and left what can it amount to?”) and its insistence that the one writerly aim be that of destroying “literature” (defined: “Permanence. A great army with its tail in antiquity”):

My invention this time, my dear, is that literature is a pure matter of words. The moon making a false star of the weather vane on the steeple makes also a word. You do not know the fine hairs on a hickory leaf? Try one in the woods some time. You will grasp at once what I mean.

(I love that: what is the word for that “false star”?) One thing: how Williams’s course differs with Charles Olson’s later (out of the piece, “These Days,” in Archaeologist of Morning) insistence that it is exactly the smeary “colors”—that seemingly sempiternal cling of “mere” “use”—it is most necessary to retain:

Notwithstanding Olson’s own report’d breach of decorum at the strait-jacketing vestiges of “literature” (at a reading at Brandeis) where he, petulant child, harangue’d the audience with: “You people are so literate I don’t want to read to you anymore.” And: “It’s very crucial today to be sure that you stay illiterate simply because literacy is wholly dangerous, so dangerous that I’m involved every time I read poetry, in the fact that I’m reading to people who are literate and they are not hearing. They may be listening with all their minds, but they don’t hear.” (Rather like A. R. Ammons saying how a writer ought to keep himself “just a little bit stupid.”) (Reminiscent, too, of Olson’s own rejecting—by shouting—of “those old essentials (love, etc)” in “The Escaped Cock”:

Love, as they have it, is as dead as peace, as war is. There is one requirement, only one requirement, anywhere (and what’s so different about it, actually, from what the predecessors made so much of, with that word of theirs, that word amor plus how-they-figured-it-ought-to-behave)—the clue: open, stay OPEN, hear it, anything, really HEAR it. And you are IN.
You are all, all of you, so glib about what is human, so goddamn glib. Take a look. Just open your eyes, as he did, the Man who died:
1: the day of my interference is done
2: compulsion, no good; the recoil kills the advance
3: nothing is so marvelous as to be done alone in the phenomenal world which is raging and yet apart

“The Man Who Died” being a story by Lawrence wherein—at one point—Jesus says to Mary Magdalene, “the day of my interference is done,” and, later, to himself, “The recoil kills the advance. Now is my time to be alone.”)

And nary a thing gain’d by morning’s own disrupt’d and dogged advance. I keep pondering the famous Keats of “I will cut all this”—seemingly just another argument for the immaterial word—the plain-speech incognito spiel—though isn’t Keats surprisingly “literature”-wary and dismissive of its “Pricks,” too?

We hate poetry that has a palpable design upon us—and if we do not agree, seems to put its hand in its breeches pocket. Poetry should be great & unobtrusive, a thing which enters one’s soul, and does not startle it or amaze it with itself but with its subject.—How beautiful are the retired flowers! how would they lose their beauty were they to throng into the highway crying out, “admire me I am a violet! dote upon me I am a primrose!” Modern poets differ from the Elizabethans in this. Each of the moderns like an Elector of Hanover governs his petty state, & knows how many straws are swept daily from the Causeways in all his dominions & has a continual itching that all the Housewives should have their coppers well scoured: the antients were Emperors of vast Provinces, they had only heard of the remote ones and scarcely cared to visit them.—I will cut all this—I will have no more of Wordsworth or Hunt in particular—Why should we be of the tribe of Manasseh when we can wander with Esau? why should we kick against the Pricks, when we can walk on Roses? Why should we be owls, when we can be Eagles? . . . I don't mean to deny Wordsworth’s grandeur and Hunt’s merit, but I mean to say we need not be teazed with grandeur and merit when we can have them uncontaminated and unobtrusive.

Not, again, what I’d intend’d, if intent is a ballooning insobriety hot-footing it through some citational morass, outrunning the lava coming off some solitary volcano’s blowhole, or trying to “get up” one’s own “head” of steam. Reading Williams’s A Novelette last night, the fierce jottings of Williams on the run amidst the 1929 influenza epidemic—to Zukofsky—“While tearing around tending the sick I’ve composed a Novelette in praise of my wife whom I have gotten to know again because of being thrown into her arms and she into mine by the recent epidemic—though not by the illness of either of us, quite the contrary.” The repeat’d dismissal of “the extraneous” (“everything that is not seen in detail”—“In the seriousness of the moment—not even the serious but the single necessity—the extraneous dropped of its own weight”—“stress pares off the inanity by force of speed and a sharpness, a closeness of observation, of attention comes through”) and the general, oh the general:

Language is in its January. How shall I say it? The surrealists are French. It appears to be to them to knock off every accretion from the stones of composition. To them it is a way to realize the classical excellence of language, so that it becomes writing again, and not an adjunct to science, philosophy and religion—is to make the words into sentences that will have a fantastic reality which is false.
By this the falseness of the piecemeal (when language is subservient to the sale of old clothes and ideas and the formulas for the synthetic manufacture of rubber) is made apparent and the triumphant of an old category that will liberate all ands and thes is . . .

And: “literature is and must be constantly in revolution and reborn . . . exactly that is the only classic . . . the aberrant is the classic.” So, O’Hara, doing a Williams (“Memorial Day 1950”): “Picasso made me tough and quick, and the world; / just as in a minute plane trees are knocked down / outside my window by a crew of creators . . . Poetry is as useful as a machine! / Look at my room. / Guitar strings hold up pictures. I don’t need / a piano to sing, and naming things is only the intention / to make things . . .”

Okay, a botch. Errors and wrecks. “And I am not a demigod, / I cannot make it cohere.” Demijohn, carboy. End of my own execrable ditty. “The day of my interference is done.” L’écriture, c’est comme la mayonnaise: elle tourne quand elle le veut. “Instead of ant wort I saw brat guts.” 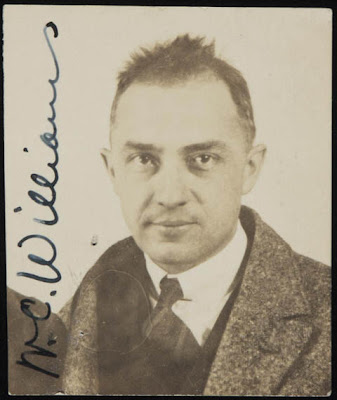