Marianne Moore, in remarks (c. 1927) about William Carlos Williams’s receipt of The Dial Award, quoting Dr. Johnson about “the author of the Religio Medici” Sir Thomas Browne, who “has many verba ardentia, forcible expressions which he would never have found, but by venturing to the utmost verge of propriety; and flights which would never have been reached, but by one who had very little fear of the shame of falling.” And, later, reviewing Williams’s Collected Poems, 1921-1931: “Disliking the tawdriness of unnecessary explanation, the detracting compulsory connective, stock speech of any kind, he sets the words down, “each note secure in its own posture—singularly woven.” “The senseless unarrangement of wild things,” which he imitates makes some kinds of correct writing look rather foolish . . .” [Out of “Trees”: “how easily the long yellow notes / of poplars flow upward in a descending / scale, each note secure in its own posture . . .” And, out of “This Florida: 1924”: “The whole damned town // is riming up one street / and down another, yet there is / the rime of her white teeth // the rime of glasses / at my plate, the ripple rime / the rime her fingers make— // And we thought to escape rime / by imitation of the senseless / unarrangement of wild things— / the stupidest rime of all . . .”] Elsewhere Moore—hen-inveterate at the perfectly apt “picking and choosing”— quotes George Saintsbury talking about prose style: “With the imperiousness natural to all art, style absolutely refuses to avail itself of, or to be found in company with, anything that is ready made.” [Saintsbury continues: “The rule must be a leaden one, the mould made for the occasion, and broken after it has passed.”] “Picking and Choosing,” Moore’s own piece (1920), it, too, dogged by “the senseless unarrangement of wild things”: “Literature is a phase of life: if one is afraid of it, / the situation is irremediable; if one approaches it familiarly, / what one says of it is worthless.” She is talking about criticism, that “Small dog, going over the lawn, nipping the linen and saying / that you have a badger.” Or she is talking, too, about style: “remember Xenophon; / only the most rudimentary behavior is necessary to put us on the scent. / ‘A right good salvo of barks,’ a few strong wrinkles puckering the skin between the ears, is all we ask.”

That’s one trail, one attempt to map out a scurrility of connectedness, jocular and fraught. Coleridge says somewhere in the Notebooks how he “marked down . . . in some one of my pocket books, an Idea from Darwin, meant to prove the entire dependence of all Sublimity on Association.” Which is to say, if I read it—“Association”—“correctly,” language:

The sound of Thunder?—Sublime—No! it is a mistake—it is a cart over a hollow road, or going under an arch way.—Where is the Sublimity.—This fairly took me in, but now I see the fallacy. There is here no dependence—of Sublimity &c—but a true actual Substitution of the visual Image of a Cart and its low accompaniments and of the word Cart & its associations for the Sound first heard which was & always will be sublime if indeed it can be mistaken for Thunder. It is false that the Thunder clap depends for all its sublimity on our notion of the danger of Lightning & Thunder—with its height &c—These aid but do not constitute / for how divinely grand in beauty is the great Aurora Borealis / yet no one will pretend that its crackling, tho’ strange & impressive, is either sublime or grand or beautiful. But the fairest Proof a contra, & that which darted this Truth thro’ my mind was the Commodore’s Signal—which is truly sublime even as a Star is / so truly so, as long as I look at it or keep its Image before me, that even the word & visual Image Lanthorn & Candle only stands near it or under it, inert—Let that noise be produced by the Chariot Wheels of Salmoneus—So too recollect the Hawk’s flying all that cloudy day falling like a shooting Star thro’ a Jacob’s Ladder or slanting Column of Sunshine—I am much pleased with this Suggestion, as with everything that overthrows & or illustrates the overthrow of that all-annihilating system of explaining every thing wholly by association / either conjuring millions out of 0, 0, 0, 0, 0, 0, 0 0—or into noughts.

Not exactly limpid. The language-jettisoning sublime is why the Wordsworthian “recollected in tranquility” is necessary, to recuperate the unrecuperable “spontaneous overflow.” Is why Coleridge’s own “secondary” imagination (“echo of the former . . . identical with the primary in the kind of its agency, and differing only in degree, and in the mode of its operation”) ’s got to plea bargain for the utterly mute “primary.” Bah. I’d “intend’d” to begin collecting a string of Williamsesque “descents”—if only to bicker with myself about what that’d “mean.” I like the (triggering) one out of Kora in Hell:

Often when the descent seems well marked there will be a subtle ascent over-ruling it so that in the end when the degradation is fully anticipated the person will be found to have emerged upon a hilltop.

In middle life the mind passes to a variegated October. This is the time youth in its faulty aspirations has set for the achievement of great summits. But having attained the mountain top one is not snatched into a cloud but the descent proffers its blandishments quite as a matter of course. At this the fellow is cast into a great confusion and rather plaintively looks about to see if any has fared better than he.

And, certes, “The Descent”:

The descent beckons
as the ascent beckoned.
Memory is a kind
of accomplishment,
a sort of renewal
even
an initiation, since the spaces it opens are new places
inhabited by hordes
heretofore unrealized,
of new kinds—
since their movements
are toward new objectives
(even though formerly they were abandoned). 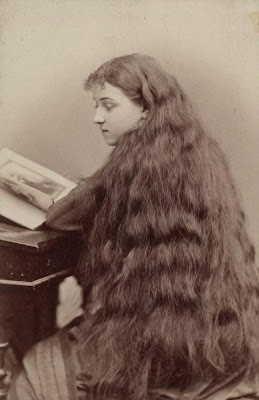