Paul Merchant’s Some Business Of Affinity

Coleridge, in the Notebooks:

Wednesday Midnight, one o clock or near it—after much excitement, very very far short of intoxication, indeed not approaching to it to the consciousness of the understanding, tho’ I had taken a considerable Quantity of λαυδανυμ I for the first time in my Life felt my eyes near-sighted, & tho’ I had 2 Candles near me, reading in my bed, I was obliged to magnify the Letters by bringing the Book close to my Eye—I then put out the Candles, & closed my eyes—& instantly there appeared a spectrum, of a Pheasant’s Tail, that altered thro’ various degradations into round wrinkly shapes, as of [Horse] Excrement, or baked Apples—indeed exactly like the latter—round baked Apples, with exactly the same colour, the same circular intra-circular Wrinkles—I started out of bed, lit my Candles, & noted it down, in order to state these circular irregularly concentrical Wrinkles, something like Horse dung, still more like flat baked or [dried] Apples, such as they are brought in after Dinner.—Why those Concentric Wrinkles?
I went to the window, to empty my Urine-pot, & wondered at the simple grandeur of the View / 1. darkness & only not utter black undistinguishableness—2. The grey-blue steely Glimmer of the Greta, & the Lake, 3. / The black, yet form preserving Mountains / 4 the Sky, moon-whitened there, cloud-blackened here—& yet with all its gloominess & sullenness forming a contrast with the simplicity of the Landscape beneath.
Over the black form-retaining Mountains the Horizon of Sky grey-white all round the whole Turn of my Eye the Sky above chiefly dark, but not nearly so black as the space between my eye & the Lake, which is one formless Black, or as the black nothing-but form-& colour Mountains beyond the grey steely glimmery Lake & River / & this diminished Blackness mottled by the not-far-from-setting half-moon.—O that I could but explain these concentric Wrinkles in my Spectra!—

Friday, Nov. 25, 1803.—Morning. 45 minutes past 2. after a night of storm & Rain, the Sky calm & whitely blue—vapours thinning into formlessness instead of Clouds / The Mountains of height covered with Snow, the secondary Mountains black. The Moon descending aslant the [a sketch’d slovenly V is here, with a tiny m (meaning “moon”?) at the top right “fork”], thro’ the midst of which the great road winds, set exactly behind Whinlatter Point, marked—. she being an egg, somewhat uncouthly shaped perhaps, but an ostrich’s egg rather than any other / she is two Nights more than a Half moon / —She set behind the black point—fitted itself on to it, like a Cap of Fire—then became a crescent / then a mountain of Fire in the Distance / then the Peak itself on fire—one steady flame—then starts of the first, second & third magnitude—& vanishing, up boiled a swell of Light—& in the next Second the whole Sky, which had been sable blue around the yellow moon, whitened & brightened, for as large a space as would take the Moon half an hour to descend thro’.

The veriest glut of metamorphoses. I reproduce it—beyond the certain and tangible pleasures of typing it—that materiality—largely in order to point to Paul Merchant’s piece call’d “The Low Voice of Quiet Change” in the excellent (and gorgeously design’d by Glenn Storhaug) Some Business of Affinity (Five Seasons Press, 2006). Merchant subtitles the thing “Recoveries from S T Coleridge / Bristol, London, Göttingen and Keswick / December 1797–November 1803” and remarks that “The current fragments are recovered from Notebook 21, in chronological order, adding nothing. I have made cuts, to reveal the poet on every page of the journal. Given his delight in experiments of all kinds, scientific, social and linguistic, it is possible that Coleridge would give an ironic welcome to these poems recovered from the great quarry of his private meditations.” Here, two parts—initial and final—of Merchant’s piece. The final part is drawn directly out of the November 1803 Coleridge entries:

Poetry gives most pleasure
when only generally
& not perfectly understood

instantly appeared a spectrum, of a Pheasant’s Tail
that altered
into round wrinkly shapes like Horse dung
still more like baked Apples, brought in after Dinner

1 darkness
2 grey-blue steely Glimmer
of the Greta, & the Lake
3 The black
form preserving Mountains
4 the Sky
moon-whitened there
cloud-blackened here
the Horizon grey-white
the space between my eye & the Lake
one formless Black

Moon descending
two Nights more than a Half moon
set behind the black point
fitted itself on to it, like a Cap of Fire—
became a crescent /
then a mountain of Fire in the Distance /
then the Peak itself on fire—
one steady flame—
& vanishing
up boiled
a swell of Light—

Reminiscent of Ronald Johnson’s gleanings out of Thoreau (“Decayed literature makes the richest of all soils”), and Francis Kilvert’s Diaries—amongst many others—in The Book of the Green Man. 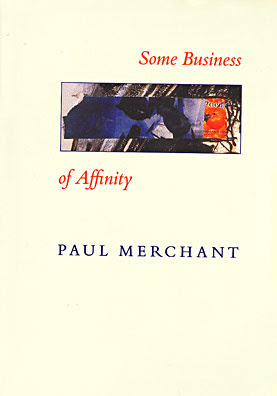 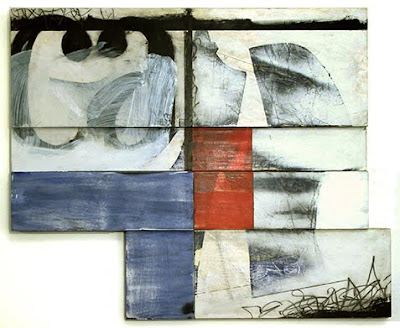 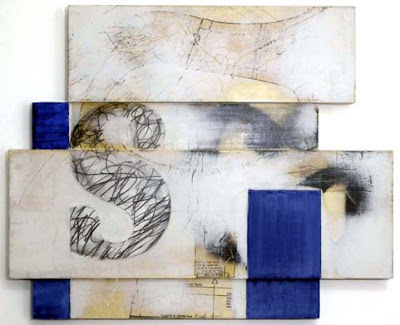 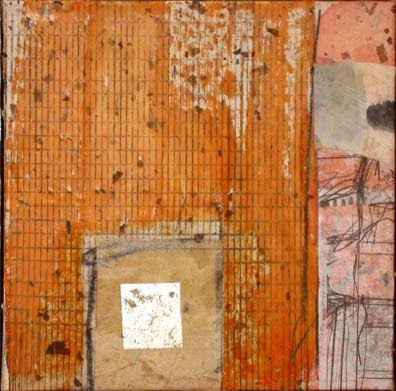