When business begets a religion of ‘Chivalry in affairs of money, & when 3% per annum is metamorhorized into the clult of an ideal beauty.’ & when america can produce any figure as suited to the epic as is Don Quixote, and when the would be litterati cease from turning anything that might in 500 years develop into a tradition, into copy at $4 per. col. within four hours of its occurrence
then there may begin to be the possibility of an american epic.
An epic in the real sense is the speech of a nation thru the mouth of one man.
—
Whitman let america speak through him.—The result is interesting as ethnology.
—
Just at present I can see america producing a Jonah, or a lamenting Jherimiah.
—
But the american who has any suspicion that he may write poetry, will walk very much alone, with his eyes on the beauty of the past of the old world, or on the glory of a spiritual kingdom, or on some earthly new Jerusalem—which might as well be upon Mr Shackletons antarctic ice fields as in Omaha for all the West has to do with it.—Canada, Australia, New Zeland, South Africa, set your hypothetical scene where you like.
Epic. of the West—it is [as] if I asked someone to write my biography—it is more as if I had asked them to do it 12 years ago.
—
It is truly American—, a promoters scheme, it is stock & mortgages on a projected line of R.R.,
—
which last sentence is the only one in the language of my native land.— . . .

Is William Gaddis’s J R an epic? Is Silliman’s The Alphabet “the speech of a nation thru the mouth of one man”? (Or is it “a promoters scheme”? What’s the count of refs to “stock & mortgages” therein?) Rambuncts of snooze-thinking in the warmish air. One Friday Vibe-journey into Detroit (Hilary Hahn), the usual dogged trajectory to Chi-town (and back) sopped up the weekend: no closer am I to the new regime. Reading “at” the Pound biography encore. Took, too, by lines Pound wrote in a letter to Dorothy Shakespear—the context is unclear, though Moody relates it to Pound’s “utmost detachment” vis-à-vis the seemingly terminal unsettledness of the two’s relationship:

I wonder if we can not look at the beginning of things as a sort of divine phantasmagoria or vision or what you will and the ‘vagueness’ etc as a sort of smoke—an incident in the much more difficult process of drawing down the light, of embodying it, of building it into the stiffer materia of actualities. The whole thing a process of art, of the more difficult art in which we are half media and half creators.

Isn’t there a whiff of Keats to that? Is it the “half media and half creators” that recalls Keats’s dubbing of Coleridge’s “being incapable of remaining content with half knowledge” in the “several things dovetailing” of Keats’s famous 1818 letter?

. . . several things dovetailed in my mind, & at once it struck me, what quality went to form a Man of Achievement especially in Literature & which Shakespeare possessed so enormously—I mean Negative Capability, that is when man is capable of being in uncertainties, Mysteries, doubts, without any irritable reaching after fact & reason—Coleridge, for instance, would let go by a fine isolated verisimilitude caught from the Penetralium of mystery, from being incapable of remaining content with half knowledge.

If Williams claim’d Pound “Never knew a thing about Shakespeare except the “pure beauty” of a few lines,” I doubt Pound’d any use for Keats. I note no reference to Keats in the Pound / Williams Selected Letters and two scant mentions in the D. D. Paige-edited The Letters of Ezra Pound, 1907-1941, one referring to collector / patron John Quinn mock-proposing “medals given to John Keats for orthography” and the other, in sending “L’Homme Moyen Sensuel” to H. L. Mencken for publication, suggesting he “boom it as the satire, ‘best since Byron.’ New York is accustomed to a new Keats and a new Shelley once a fortnight and one might vary the note.” (And, regarding New York: one might, indeed.) 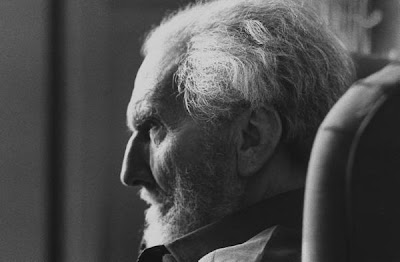