Blank’d by the Afghani Night

Blank’d by the six degree morning. Three day haul. Barthes (in The Neutral): “Not to be forgotten: the adjective is a commodity. In a good many domains, (market) value of an object, of a service is debated and calculated as a function of the adjective that one is able to attach to it.” And Spring Ulmer (out of “The Age of Virtual Reproduction” in the book of that title):

The night delivers its screams. I squat and look at the moon. I am tired of feeling barren, tired of loneliness and its deathly aura. I have a book, not a baby. Some women vow to write their first book before their first baby, but my book exists, it seems, instead of (or at least calls attention to the absence of a child and hence feels like a poor reproduction. But it is not this simple. I recently refused a man who wished to father a child with me. I refused and so it is unfair of me to compare books to babies. Especially in light of the conversation I had with a friend (a Buddhist practitioner in search of something ‘higher’ than language, not something ‘lower,’ like a baby) who suggested that syllables and characters are pure, but as soon as these sounds or inscriptions are placed in such a way as to stand for something else and become representations, they then lose their purity. Feeling defensive, I argued for a purity that exists in language as representation, and was surprised to find myself defending the idea of procreating metaphorically.
I suppose my argument illuminates the fact that most of the time I feel language is all I have, even though it’s rarely able to approximated being. But when it does, I free-fall—until something breaks the spell (a longing for a real cry?) and all I am left with are a pile of letters (once upon a time scribed by feather).

I try to recall who exactly rewrote Wallace Stevens’s line in “Sunday Morning”—“Downward to darkness, on extended wings”: “Downward to darkness, on extended metaphor.” We who live in words, bartering devalued adjectivals like securities. Opposing Ulmer’s “purity that exists in language”—the other writerly reverie: that of a word stripped of lingual artifice: pure nameless thing-world, pure music. Attempt to gain proximity therein: what Ulmer calls “the superflat style,” language’s gauche fulsomeness (ability to replace the world) and its lack, its barrenness, its primal condition of want, both express’d in the terribly human language of loneliness:

I wake up this morning aching for a lover. Such loneliness is extremely unflattering. Better to pose like artist Kenji Yanobe in a safe suit at the site of a radioactive city, looking out at the sunset, legs dangling from the ledge of an empty building. I love the photographs of Yanobe in his suit posing among the ruins of Chernobyl. In one shot, he sits alone in a nursery school classroom on a bed. The room is full of beds—metal springs exposed, child-sized mattresses strewn about the floor. A ripped out sink and a doll without limbs lie scattered in the photo’s foreground. Only Yanobe’s mouth is visible behind the glass portal of his mask. In the yellow suit and black rubber gloves and boots, he looks like a cross between a deep sea diver and a moonwalker, dressed for a dimension beyond the human. Yanobe’s artistic sensibilities, his humor and otherworldly robotic aesthetic, are in line with the superflat style now popular in Japan, said to have come into fashion as a result of U.S. influence.

Robotic language, a superflat style: how’d that look? A language stripped of qualifiers, plain’d down to the “direct”? Barthes: “I always receive the adjective badly, as an aggression, and I do so in all cases, no matter which value is attributed to it by the figure under which it is addressed to me.” Or: “the terribly human language of aggression.” In “The Age of Numbing” (“Postwar U.S. occupation of Japan is popularly understood as being linked to Japanese amnesia and destruction of memory. Americans, too, are said to have entered an age of numbing that began with Hiroshima”), Ulmer speaks of “those Japanese youth referred to as hikikomori, young upper-class individuals who withdraw into their bedrooms for years and spend most of their days online, obsessed with anime and manga.” “These recluses,” she says, “who were born after the bomb, are not unlike many hibakusha—those badly scarred from the bomb—who also once refused to leave their homes, some staying inside their entire lives.”

Numb’d and droning. Drone, a word some relate etymologically to threnody, that song of mourning composed for a dead person: “akin to Old High German treno drone, Greek thrēnos dirge.” And: “male of a bee that has no sting and gathers no honey.” And: “one that lives on the labors of others.” And: “unmanned aerial vehicle (UAV).” What is a drone-word? Barthes (making a distinction between refusal and suppression of adjectives) observes that “Refusal of the adjective = moral practice, suppression of the adjective that we call de rigueur for more than a question of “attitude”: in general, “scientific” attitude, which suppresses the adjective, not because it wounds but because it is hardly compatible with objectivity, truth. Someone even went so far as to connect this refusal on the part of science to the question of pleasure: Lucien Israël on hysteria: ‘pleasure difficult to describe scientifically, because only adjectives can describe pleasure.’” Do adjectives live on the labors of nouns? Or is a noun only vitalized by adjectival onslaught? Torn out of its robotic site. (Remind’d here of the juggler who’s caught out attempting to toss a series of incompatibles: a chain saw, a torch, a bucket of water. Or, of Barthes’s self-deprecating recital of how others qualify him “(as a writer) with intentionally depreciative adjectives”: “accusation of ‘preciousness,’ of ‘theoretical coquetry,’ of muffling, etc.”) Exploratory “muffling,” with its cushions and pads, its adjectival vagaries: it is always going to be club’d back by demands for the skint, the unroister’d, the frank, all forms of supposed virility. Sudden my need to sortie, to “squat and look at the moon.” The Afghani night is surely delivering up its drone-induced screams. 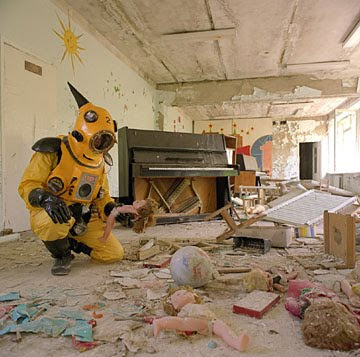 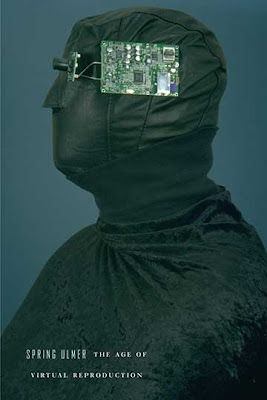