Degrees and Kinds of Order

Twenty-two degrees, snow-shoveling, &c. Charting the shifts. Thinking of Charles Burchfield’s lack of the human. Pound (in The Spirit of Romance) says a kind of humanism arrives “after the Trecento”: “as the art is carried northward we have Chaucer and Shakespeare (Jacques-père). Man is concerned with man and forgets the whole and the flowing.” Burchfield’s paintings oddly rhyming with Pound’s sense of “the universe of fluid force, and below us the germinal universe of wood alive, of stone alive.” Pound, of a pre-human state, “the body as pure mechanism”:

Our kinship to the ox we have constantly thrust upon us: but beneath this is our kinship to the vital universe, to the tree and the living rock, and, because this is less obvious—and possibly more interesting—we forget it.

Burchfield’s modernism found less in twentieth-century particle physics than in some recover’d nigh-seamless identificatory with the universe, its singular order’d flux. Pound:

Man is—the sensitive physical part of him—a mechanism . . . rather like an electric appliance, switches, wires, etc. Chemically speaking, he is ut credo, a few buckets of water, tied up in a complicated sort of fig-leaf. As to his consciousness, the consciousness of some seems to rest, or to have its center more properly, in what the Greek psychologists called the phantastikon. Their minds are, that is, circumvolved about them like soap-bubbles reflecting sundry patches of the macrocosms. And with certain others their consciousness is “germinal.” Their thoughts are in them as the thought of the tree is in the seed, or in the grass, or the grain, or the blossom. And these minds are the more poetic, and they affect mind about them, and transmute it as the seed the earth.

The ècrivain-miroir, skeletal soap-bubble on the verge of breaking up, he who spits back willy-nilly the surround epistemological versus the ècrivain-graine, the ècrivain des semences, seed’d with history, ontological. Somehow I make a parallel between the two approaches to a distinction found in Pound’s 1937 “The Jefferson-Adams Letters as a Shrine and a Monument.” Referring to Dante’s line “in una parte piú e meno altrove” (out of the beginning of the Paradiso: La gloria di colui che tutto move / per l’universo penetra, e risplende / in una parte piú e meno altrove—“The glory of Him who moves everything penetrates through the universe, and is resplendent in one part more and in another less”), Pound writes:

Which detached phrase I had best translate by explaining that I take it to mean a sense of gradations. Things neither perfect nor utterly wrong, but arranged in a cosmos, an order, stratified, having relation one with another.

Against which—against that arrangement of a (Aquinian) universe wherein “the grades of divine intelligence and / or goodness or goodwill present in graduated degrees throughout,” give the thinker “something to measure by,” the man-handled system alphabetickal:—“It is typical of a bewildered society that it should erect a pathology into a system.” “What was lost or mislaid in the succeeding centuries”: “most certainly was the habit of thinking of things in general as set in an orderly universe.” In Pound’s version—Encyclopedists up to Jefferson—complaint is rife (“they all have an order to criticise”). Still: “They go over the accepted Aquinian universe with a set of measuring tools, reductio ad absurdum etc. The multifarious nature of cognizance remains, but they have only the Alphabet for a filing system.” Pound’s complaint is akin to my sometimes snarly defense of metaphor against those who’d claim it mere ornament (or worse, obfusc to the “thing” itself):

. . . the idea and / or habit of gradations of value, and the infinitely more vital custom of digging down into principles gradually fade out of the picture. The degrees of light and motion, the whole metaphoric richness begin to perish. From a musical concept of man they dwindle down to a mathematical concept.

Two days of thinking about Frank O’Hara’s “Poem (Light       clarity       avocado salad in the morning)” on the heels of reading some lines (quoted by Pound) out of “Guilhem d’Autpol’s Alba to the Virgin, ‘Esperanza de totz ferms esperans’” with its ending phrase of “light and clarity and dawn.” (In the two stanzas Pound offers, one ends, “Sojourn of friends, true delight without turmoil, / Of Paradise the light and clarity and dawn”; the other, “Descended the fruit that destroyeth our death, / Dry twig giving fruit without seed, / Door of heaven, way of salvation, / Of all the faithful, the light, and clarity, and dawn.”) Obvious triggers to recalling the O’Hara (and obviously insignificant—the conjunct of “light” and “clarity” hardly a rarity). Though: O’Hara’s poem, too, is a kind of bastard alba, an aubade of the lover departing at dawn (though who’s departing whom is rather smudged—one possible reading says the “I” is returning to the beloved after a “misspent” night elsewhere—“terrible things I do”—though there’s departing too—“though a block away you feel distant”). Here’s the piece:

Light       clarity       avocado salad in the morning
after all the terrible things I do how amazing it is
to find forgiveness and love, not even forgiveness
since what is done is done and forgiveness isn’t love
and love is love nothing can ever go wrong
though things can get irritating boring and dispensable
(in the imagination) but not really for love
though a block away you feel distant the mere presence
changes everything like a chemical dropped on a paper
and all thoughts disappear in a strange quiet excitement
I am sure of nothing but this, intensified by breathing

The Guilhem d’Autpol alba is full of “nothing can ever go wrong” imagery (Virgin = haven) kin to O’Hara’s “strange quiet excitement / I am sure of nothing but this”: “Consolation of the disconsolate faithful, / Fruit of whole joy, security of peace, / Port without peril . . .” Suddenly I wonder if I am being unduly tugged by Marjorie Perloff’s silly-in-spots reading of “Joe’s Jacket,” writing (after quoting the end of the poem—“it is all enormity and life it has protected me and kept me here on / many occasions as a symbol does when the heart is full and risks no speech / a precaution I loathe as the pheasant loathes the season and is preserved / it will not be need, it will be just what it is and just what happens”—which is similar to the expansive cheeky hyperventilating of “how amazing it is / to find forgiveness and love, not even forgiveness / since what is done is done and forgiveness isn’t love” in “Poem”):

Only now do we understand the title of the poem. “Joe’s Jacket” is the talisman that protects Frank from daily misfortunes; as a synecdoche, it stands, of course, for Joe’s love. But Frank also resents its protection (“a precaution I loathe”), and in a second, ironic sense, Joe’s jacket is his straitjacket: “Entraining” with Vincent, he ultimately returns to Joe. The jacket is, then, an ordering principle which the poet alternately needs and resents.

Which is put so dutifully—see: “ordering principle”—one’d think poor Frank never had a moment’s fun out of life, or Joe, or anybody. 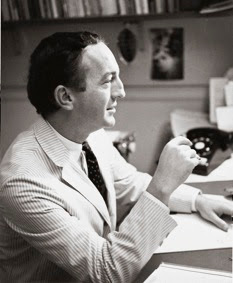