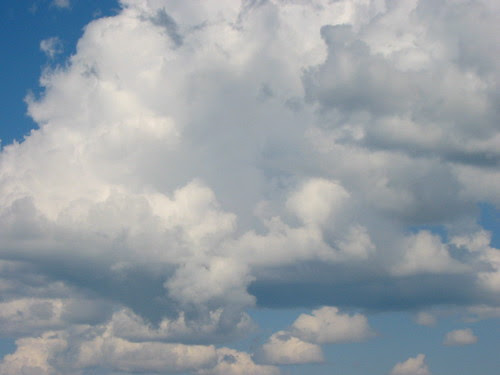 38
The market went down at five. The cuckoo is apt to lay its eggs in the nests of much smaller birds, chaffinches and the like, allowing its offspring to be markedly bigger and stronger than its fellow-nestlings, thus permitting it to oust any competitors. Lizards tick into stasis, or flicker out haphazard lightning-streaks of a blood-color’d tongue. The marquetry went down at five. In the woods near Ithaca, New York, a coppery eft plods through down’d oak leaves where the Indian pipestem, a plant lacking chlorophyll, hoists its pale meager towers. To be like Thomas Hardy and call a man a “stunpoll.” To find oneself caught between sleep and wakefulness like a dissipated citizen of naught, in a tent pitch’d “at” an imaginary apex, a pinpoint that is unverifiably one for reasons of scale. There’s a foul-smelling predisposition toward rakishly-donned victimhood there in that one, seemingly unslaked by the honest crises of others, rather, fuel’d by it, a rampant immaturity hoist’d up (series of pulleys and cords) the flagpole of “art.” The marquise went down at five. That coupon’s redeemable only at the Naughty Dog Café. If Theodore Enslin claim’d living in New York City (c. 1963, in Origin) resembled “a reciprocal disease of parasites,” who (I read it today) suggest’d it’s like “several tapeworms in a jar”? Reminds me of Thomas McGrath’s “cost-plus featherbedders who come forth out of dewy bowers.”
Tesserae of the quotidian collect’d
And put willy-nilly up
Against the daunting white sheet
In a routine of wonder,
The routine a frame out
Of which a practice of
Contemplating a result is construct’d,
And an ecstatic pattern, luxurious
And gigantic. Losses (the inchoate,
The incoherent, the denatured) get
Dispell’d by repetition, or distributed
Into crannies made by the
Perceptible, the emergent, shifting bulk.
Lawrence Durrell: “I salute you
In the name of Nut,
The mother of Tchem-Tschek
The gourmandizing son of Thoth,
Who is Bennu, sacred bird
Of Heliopolis. The solemnest greeting.”

Funny to stumble into yesterday’s film, “Portrait of a Bookstore as an Old Man.” I put it “up” after listening to Christopher Cook Gilmore’s report of being chased by the “CRS goons” (meaning that, viddying the remaining fifty minutes, I had a few doubts). I tend’d to avoid Shakespeare and Co. doings, the only distinct recall of readings there: one of Piero Heliczer, one of Kenneth White, two stringers, one vaguely Beat, one vaguely Buddhist, neither of whom I particularly cotton’d to (to whom neither I particularly cotton’d—like an a prefer’d old T-shirt—for the pedantickals in the bunch). (One ought to model a gauge for measuring the import of “what I think I am saying” calibrated to the sass “with which” I say it.) High sass nothing. I do recall (c. 1980) finding a hardbound copy of Ashbery’s The Double Dream of Spring chudk’d in a Shakespeare and Co. bin. Fifty francs, something under ten dollars by the exchange, and somewhat more than I ought consider parting with. Which turn’d out a needless dilemma: just at the point of paying for the thing (distract’d clerk), George Whitman (seemingly out of nowhere) swoop’d down with a claw-hand and snatch’d it up: “Ashbery first edition, oh, that’d have to be much more than that.” Exactly how much more plainly not forthcoming, and Whitman disappear’d with the book. I did like to see him in the completely green suit he sport’d, scooting about the city on a Mobylette, rather frail-looking and hawkish a la fois. One sensed a lot of posing (and hierarchy) amongst the bookshop’s regulars.

Why the splurge of memory of late, its disordering tasks? Durrell in Panic Spring, just after noting “the rhythmic milch milch of the sheep as they nibbled the hot spikes of grass,” reveling in a period of unsully’d thinking (gain’d, he hints, through everyday routine):

Life was, at such times, like a landlocked lagoon without a ripple on its surface, without a disturbance to its continuity; but how imperceptibly it passed, how soon the delight in its images was swallowed up! Slowly the almonds ripened, slowly the ripe medlars tumbled from the trees, slowly the flowers shone out of the sconces of the prickly pear. All day long the Greek shepherd girls lolled under the olives on the hillsides, like snipers, singing their songs or talking; in their vivid headcloths and with pomegranate flowers in their teeth. A hundred sights, sounds, sensations created their momentary impacts and passed on. They would recur, he knew, in retrospect, become luminous and whole in relation to the Pattern; and the flavour of them would be purged of any discomfort. Enjoyment would come with assessment. For the present, passivity inside the narrow cage of immediate routine and work was enough.

Like snipers! What Durrell’s investigating (studying) here is Quietism, a kind of loss of self through passivity, serenity, acceptance, ataraxia. “Christianity’s Nirvana.” Marlowe, Durrell’s character in Panic Spring is reading Miguel de Molinos’s Guida spirituale.I simply thieve off it to think about writing, states of writing, routines of writing, resultant formal registers. A release. The story of the Greek painter Apelles of Kos (fl. fourth century BC) who, attempting to paint the wild foam of a horse, overheat’d. Apelles tries and tries and, finally, in a rage heaves the sponge he’s using to clean a brush with at the unfinish’d mural and there sees represent’d the horse’s foam.