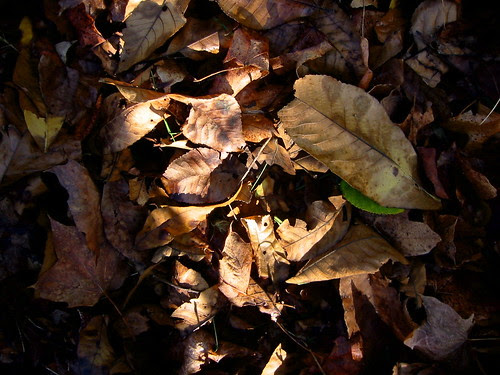 51
Disdain for the mechanical clock-
Work’d inventory of study’d recklessness,
Contempt for the “I want
To be a machine” gewgaws
With promissory notes regarding human
Agency, humbug to the collateral
Management of the pure word
By performance-enhancing ha-has:
A sunken fence is still
A fence. No more wooden
Pratfalls, no more smarmy stupidity,
No more supping meagrely at
One’s own uncauterized wounds, nothing
So presumptuous as that! If
You ain’t got no story
To tell, get a stick
And poke around a hole
With it, find an ant
And follow it, write down
Everything about that ant. And
Nobody hoot one blue second
About “the physically durational act” of
That pursuit (back broke down, knees
All blood, eye poked out):
What is of use is
The story of the ant.
It, too, is a social
Beast, dividing up labor, working
Various ecological niches, some running
In tandem with uninitiated others
To indicate new forage spots.
The Japanese consider the ant
An insect of moral rectitude,
Some ants in the Saharan
Desert steer by sidereal orientation
And step-counting (pedometer, internal),
The way one jaunts forth
To dance to no music,
The dance making the music.
A crush’d ant emits a
Pheromone of “alarums & klaxons”
Urging nearby ants into attack
Configuration and frenzy. “Several ant
Species appear to use propaganda
Scents to confuse enemy ants
Into purely internecine combat.” Ants
Deliver messages for the gods.

Regular and rarely prevaricating increases in dissatisfaction on all fronts. The dire “community.” The clown mentality of the up-and-coming versus the entrench’d defensive (and ineffectual) postures of the vieillards gâteux. Diminution everywhere, no spunk, little fervor, soft-in-the-headism rampant. That’s how it seems. I like Banksy. (I like how he points to a “manifesto” and one sees only a chop-shot by comedian Emo Philips: “When I was a kid I used to pray every night for a new bicycle. Then I realised God doesn’t work that way, so I stole one and prayed for forgiveness.”) I like the legions of stencil-interventionists who operate outside the art cartel, hit and run without interference in the form of “curators.” I like Blogland for that reason, though it seems increasingly dull, increasingly becoming a wing of the publishing cartel. The “independents” clothe they blog-skins with self-advertisements directing one to the same old same old plus ça change print “outlets”; or, officialdom itself, from The Poetry Foundation all the way “up” to the New York Times, selects and hires individuals to write bloggery, subsuming (taming) the independent impetus whilst making for hierarchical havens (what “officialdom” always does). One swat at the hierarchy and resistance stiffens. Note how eagerly the regulars jump to expose themselves in the “pages” of the bigger “venues”; note how quickly the “venues” sop up the obvious regardless of propriety: see how Inside Higher Ed “turn’d to” Ron Silliman for a question regarding the recent brouhaha over American writers / publishers lack of internationalism—a more laughable choice could hardly’ve been made. Somewhere William Gaddis points to various “lines” of argument regarding art and patronage and what printing provided and the Benjamin catch of reproduction:

—But it can’t really be that simple . . . (a discussion: did the coming of the printing press corrupt? Putting a price on authorship, originality). —Look at it this way, look at it as liberation, the first time in history that a writer was independent of patrons, the first time he could put a price on his work, make it a thing of material value, a vested interest in himself for the first time in history . . .
—And painters, and artists? Lithography, and color reproductions . . .
—Yes, I don’t know, if one corrupts the artist and the other corrupts . . . that damned Mona Lisa, no one sees it, you can’t see it with a thousand off-center reproductions between you and it.

Which is precisely how I experienced seeing the Washington Monument at the age of fifteen or so—it seem’d like an exercise in pointless mimicry, “just like the picture postcard.” So: one dodges the benign patronage, one divests oneself of oneself—there is no money in poetry—and one plays the Banksy card, putting out words “to the free skies unpent and glad and strong.”

Et puis, et puis as French pre-schoolers say with timely narrative thrust, I truck’d off to grump over some more of William Gaddis’s The Recognitions. Wherein, amongst innumerable lights, I found Gaddis’s heroic simile (apparently adapt’d straight out of The Golden Bough) applied to one “Esme,” who after a long impromptu high-provoking tango with one man, pertly explains to another how the first man “teaches dancing,” whilst “smiling like the Baganda woman smiles in Central Africa, lain in the thick grass with a plantain flower between her legs, flower dislodged by her husband’s rearing member before he takes her to dance in the garden of friends, to encourage the plantain trees that grow in their gardens.” Et puis.